10 Quotes from Barbara Bush That Will Inspire You

Wisdom and witticism from the beloved former First lady. 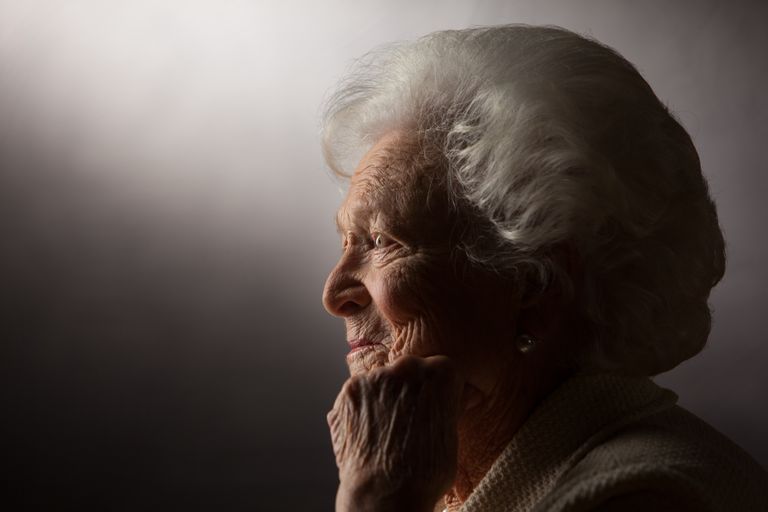 In the nearly 30 years since she first took her place among America's laudable First Ladies, Barbara Bush, who passed away today at the age of 92, made a name for herself as more than the matriarch of her Presidential family. A staunch advocate for literacy education, Bush's candor and quick wit made her an admired figure on both sides of the aisle. Here, a selection of Bush's most quotable wisdom and witticisms.

ON SUCCESS:
"Never lose sight of the fact that the most important yardstick of your success will be how you treat other people - your family, friends, and coworkers, and even strangers you meet along the way."

ON GIVING:
"Some people give time, some money, some their skills and connections, some literally give their life's blood. But everyone has something to give."

ON PRIORITIZING:
"The darn trouble with cleaning the house is it gets dirty the next day anyway, so skip a week if you have to. The children are the most important thing."

ON FAMILY:
"To us, family means putting your arms around each other and being there."

ON STYLE:
"People who worry about their hair all the time, frankly, are boring."

ON LEARNING:
"If human beings are perceived as potentials rather than problems, as possessing strengths instead of weaknesses, as unlimited rather that dull and unresponsive, then they thrive and grow to their capabilities."

ON LUCK:
"You just don't luck into things as much as you'd like to think you do. You build step by step, whether it's friendships or opportunities."

ON AGING:
"Never ask anyone over 70 how they feel. They'll tell you."

ON CHARITY
"Giving frees us from the familiar territory of our own needs by opening our mind to the unexplained worlds occupied by the needs of others."

ON PARENTING:
"You have to love your children unselfishly. That's hard. But it's the only way."

Text of 1990 speech by Barbara Bush(EXCERPTS)

By The Associated Press

The speech was ranked No. 47 on a list of the top speeches of the century in 1999. The list, compiled by researchers at the University of Wisconsin and Texas A&M University, was based on a survey of scholars who ranked speeches by social and political impact and rhetorical artistry.

Edward McNally, a White House speechwriter for George H.W. and Barbara Bush who wrote the speech draft, recalled Tuesday how the first lady “memorably, with perfect timing” wrapped up the speech at the college and closed with this line:

“And who knows?  Somewhere out in this audience may even be someone who will one day follow my footsteps — and preside over the White House as the president’s spouse.”

According to McNally, “The audience, of mostly women, audibly gasped.  The crowd went silent. The first lady had now truly stepped in it. Mrs. Bush held the pause.  And then finished:  ‘And I wish him well!'”

“The crowd roared. Laughed. And rose in applause,” he said.

Now I know your first choice today was Alice Walker — guess how I know? Known for “The Color Purple.” Instead, you got me, known for the color of my hair!

Alice Walker’s book has a special resonance here. At Wellesley, each class is known by a special color. For four years, the class of ’90 has worn the color purple.

Today, you meet on Severance Green to say goodbye to all of that, to begin a new and a very personal journey, to search for your own true colors. In the world that awaits you beyond the shores of Lake Waban, no one can say what your true colors will be. But this I do know: You have a first-class education from a first-class school, and so you need not, probably cannot live a paint- by-numbers life.

Decisions are not irrevocable, choices do come back, and as you set off from Wellesley, I hope many of you will consider making three very special choices. The first is to believe in something larger than yourself, to get involved in some of the big ideas of our time.

I chose literacy because I honestly believed that if more people could read, write, and comprehend, we would be that much closer to solving so many of the problems that plague our nation and our society.

It’s supposed to be fun. One of the reasons I made the most important decision of my life, to marry George Bush, is because he made me laugh. It’s true, sometimes we laugh through our tears, but that shared laughter has been one of our strongest bonds. Find the joy in life because as Ferris Bueller said on his day off — “Life moves pretty fast and if you don’t stop and look around once in a while you are going to miss it.”

At the end of your life, you will never regret not having passed one more test, winning one more verdict, or not closing one more deal. You will regret time not spent with a husband, a child, a friend or a parent.

We are in a transitional period right now — fascinating and exhilarating times, learning to adjust to changes and the choices we — men and women — are facing. As an example, I remember what a friend said on hearing her husband complain to his buddies that he had to babysit. Quickly setting him straight, my friend told her husband that when it’s your own kids, it’s not called babysitting.

For over 50 years, it was said that the winner of Wellesley’s annual hoop race would be the first to get married. Now they say the winner will be the first to become a CEO. Both of those stereotypes show too little tolerance for those who want to know where the mermaids stand.

So, I want to offer a new legend. The winner of the hoop race will be the first to realize her dream — not society’s dreams — her own personal dream.

Who knows? Somewhere out in this audience may even be someone who will one day follow in my footsteps and preside over the White House as the president’s spouse, and I wish him well.

Well, the controversy ends here, but our conversation is only beginning, and a worthwhile conversation it has been. So, as you leave Wellesley today, take with you deep thanks for the courtesy and the honor you have shared with Mrs. Gorbachev and with me.

Thank you. God bless you. And may your future be worthy of your dreams.

Copyright © 2018 The Associated Press. All rights reserved. This material may not be published, broadcast, written or redistributed.

I thought so, it humanizes her.

Big shout out to the folks that wrote her speeches for her to go on record with !
Let's hope her soulmate George sr. can join her very very very soon... in that eternal flame they've kindled together :)

(and may the worms grow fat on both their flesh)

and the secret serviceman drop dead in their vigil

She was an amazing woman.