Listen: Being an empath is going to kill you unless you wake up to certain things.

Trust me. I’ve been an empath my entire life, ever since I was a little kid. You know what it’s like.

As empaths, we have the psychic ability to feel other people’s emotions.

But we empaths are the most caring, most loving people around. And we deserve happiness and success. So what are we going to do about it?

Thankfully, I know some amazing tips for empaths like me. And I’m going to share them with you so being an empath doesn’t kill you.

And I know you may have been asking how to stop being an empath. But don’t. Never ask that question. Being an empath is a gift. You just need to learn to control it, so you can get the pros, not cons, of being an empath.

There are pros and cons of being an empath

Yes, there are both pros and cons of being an empath.

Being an empath used to kill me, partly because people were attacking me with vicious gaslighting techniques.

I used to wonder why I’m so sensitive. Why I am a highly empathetic person.

I used to wonder why I’m cursed with high levels of empathy.

And I used to see my heightened empathy and compassion as a bane.

But again, there are pros and cons of being an empath.  You just have to know how to make the most of it.

First, there’s the pros of being an empath:

Newsflash: Your heightened empathy and sensitivity is the result of superior intellect.

Because of those heightened feelings you’re going to end up soaring high, going from one success to another. That’s why being an empath can be awesome.

Once we learn how to cope with being an empath, we can start to use it to our advantage

The importance and value of empathy was scientifically proven in a study conducted by the Center for Creative Leadership [1]. The study investigated 6,731 leaders from 38 countries and concluded that empathy is positively related to job performance. This is especially true for managers. Managers with heightened levels of empathy are viewed as better performers in

That’s just one of the advantage of being an empath.

There are many more, as I’ll share in a moment.

But first you might be wondering, just what is an empath? What are the pros and cons of being an empath? And how can you make use of your empathy and tune into your intuition.

Judith Orlaff On The pros of being an empath

There are lots of benefits of being an empath.

“We empaths have many marvelous traits. We have huge hearts and the instinct to help others in need or who are less fortunate. We’re dreamers and idealists. We’re passionate, deep, and creative, in touch with our emotions, compassionate, and can see the big picture.” 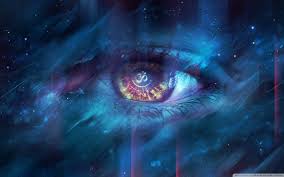 their job by their bosses.

I usually get this unsettling feeling in my gut when I am in a bar, like watching a band there. I pick up on the emotions and often thoughts but I always ground, center, and focus on myslef and do my best to block out these emotions but in a way.... it isn't the emotions it is their often intense, awkward vibrations that they give off I get hit with or absorbed.

Their drunkeness along with the attitudes. The smirks, thinking they are better than you, etc.

I enjoy listening to live music but haven't lately because of this.

I rather now put on my head phones and listen to my own music without the after effects.

I often wonder when people are not in their normal state of mind, like being drunk, on drugs, mushrooms; to me, they are quite vulnerable to any spirit - whether it be negative or positive could possibly possess them?
Could these awkward, unsettling vibrations that I get come from these people possibly being possessed?

Look at the "true" Shamans and how they do their work/rituals. If a person is out of control by alcohol, drugs, psychedelic mushrooms can this state of “flow” open them up to possession? They lose track of their body (in a sense from a spirit), their emotions, sense of time etc.?

In order to journey to the other dimensions of existence a Shaman induces an altered state of consciousness in himself similar to a state of self-hypnosis called a state of flow. While in this state of flow, or Shamanic Trance, he is in complete control.
In a state of flow, you feel as if you have actually become one with the activity you are focused on. You may lose track of your body, emotions, sense of time and even of your physical location. When you are giving everything, you can to a particular vision or challenge, you become free of fear and anxiety. You have no room in your consciousness for boredom.

I believe if you do the drugs/alcohol route you becaome more vulnerable, yes.  But sometimes they do this to block the empath feelings, from seeing spirits.  My son did this for years.

That is true Linda with Empaths de-synsatizing their selves so they are not hit will all of the emotions and chaos. I still wonder that what I see in the bars are people being possessed, Not 100% but they are compromised and allow anything to control them. This is only my thoughts.

I never saw spirits except one time I saw a pale, skinny, little girl that followed me around for a few months. Then one night she appeared right in front of me, smiled, and was gone. I had chills all over but I enjoyed the moment, and always will.

Thank you Linda for this post. It is very important!

Great, Linda.
The text speaks a lot about what it is.
Few useful tips.
Thanks.

At times I wonder if it is really a gift.  It's gettin so I don't do well in crowds.

I also do not appreciate very busy places.
I really like my house. I like to do my things, my works without viewers.
I do not feel lonely and I love being alone.

My wife goes out to the bars to see groups playing and I stay home on the computer, gardening, hiking, meditation, magic, etc. So therefore I do not have to be stressed out by being around lots of people.

Mystic, sometimes just going out to dinner in a restaurant.  If there's just one person having trouble, I'll know it.  Then again I can feel my friends in trouble half way around the world. When we go to our state fair or a ren faire, sometimes the crowds are horrilbe

I agree.
In your comment I understood that there is an understanding between you and your wife. You respect the different ways of being.
My husband does not enter, does not understand and does not accept anything.

Margarida, I understnad that one too.  It's taken years for my husband to accept my path.  I've learned it's more fear than anything that keeps our spouses(and others, to be honest)from believing what is right in front of them.  I even have a friend that doesn't believe in empaths, even though she is.  So she calls it 'being aware.' to get around it.