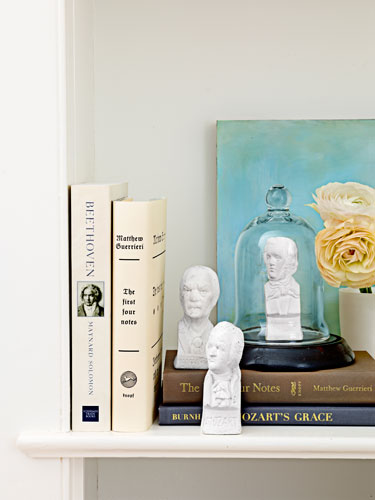 Mass-produced by a handful of outfits during the 1950s, '60s, and '70s, these diminutive statuettes served as popular gifts from piano teacher to student. Herco Industries, the accessories division of Hershman Brothers Musical Instrument Company, cast the four-inch-tall chalkware maestros below (from left, Paderewski, Mozart, and Mendelssohn). We snagged the trio for $9. 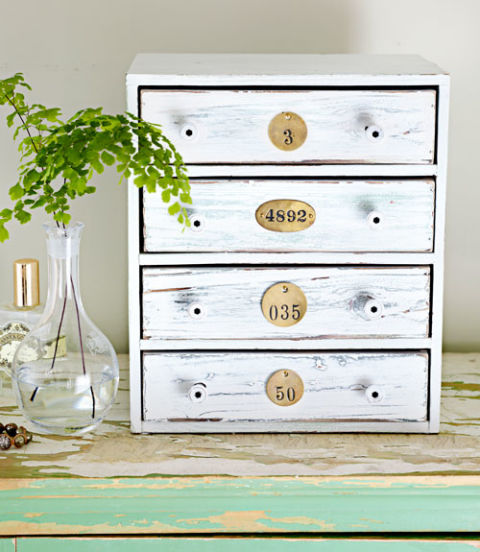 Prior to the advent of electronic key cards and bar codes, elegant metal medallions labeled keys and their corresponding hotel rooms or lockers, and also tracked inventory and tools at large businesses. The oval flea-market find at left cost $8; the round specimens, $6 apiece. 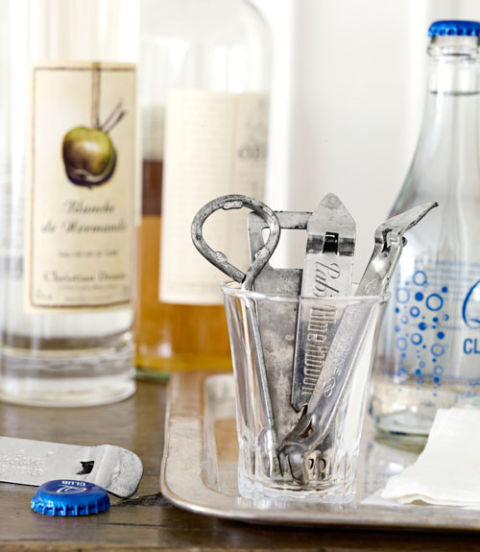 The combo bottle-and-can opener debuted shortly after Prohibition—when brewers first started marketing canned beer—and remained prevalent until the pull tab's release in 1962. Often given away with the purchase of a six-pack, the simple tools are in plentiful supply today. Snap them up for as little as $1 each. 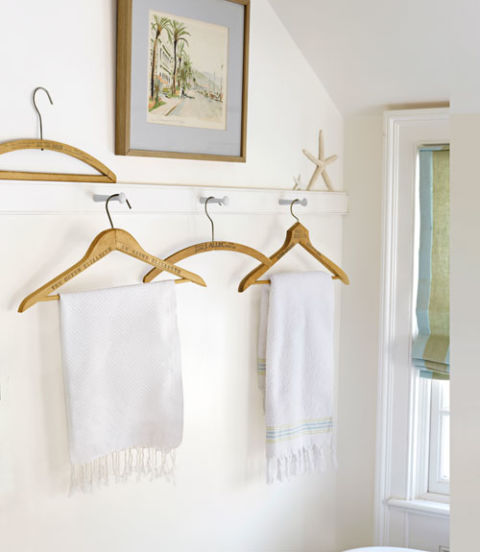 Beginning in the early 20th century, tailors, haberdasheries, dry cleaners, and even banks imprinted their logos, slogans, and other information on these wooden freebies—a publicity tactic that endured through the 1970s. The examples here, all under $5 a pop, hail from between the 1930s and the 1960s. 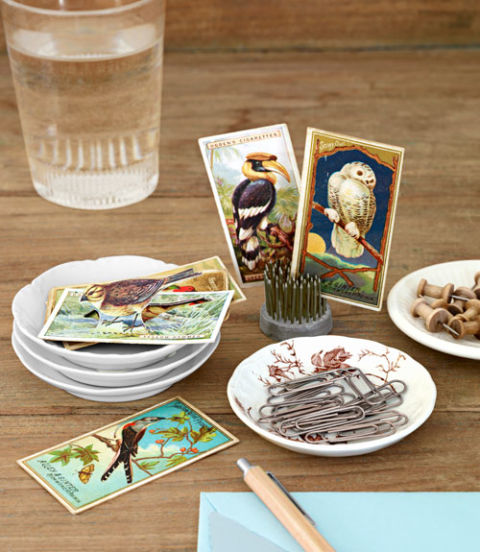 In the late 19th century, cigarette packs were stiffened with a piece of cardboard, says expert Robert Forbes. Makers printed those papers with a series of illustrations to entice customers to collect, say, 25 different exotic birds. The practice faded in the United States in the mid-1910s, but continued in the U.K. through the '50s. Newer British cards—like this 1920s hornbill and die-cut yellowhammer by Ogden's Cigarettes—sell for $1 or less, while the 1880s snowy owl and swallow-tailed flycatcher, both by Virginia's Allen & Ginter, are appraised at $5 to $10 each in fair condition.

These three-inch plates—staples of the late Victorian period—traditionally held a delicate round of butter molded into a rosette or stamped with a family crest. We paid $3 for the brown transferware dish at an antiques mall, while these solid cream and white pats go for about $8 at replacements.com 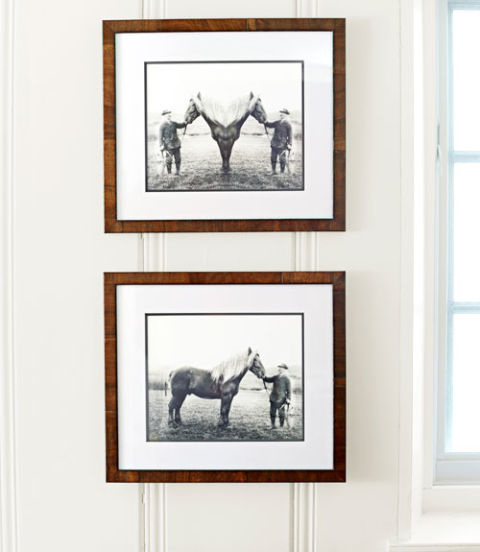 To create this two-headed horse, the developer flipped the negative and exposed the print a second time; but there's no telling if that move was intentional or merely a darkroom mistake. We unearthed these circa-1915 prints in a box of discarded proofs, priced at under a buck each—evidence that it's worth digging for special effects or gaffes (double exposures, light leaks, awkward cropping) that add extra interest to otherwise ordinary works. 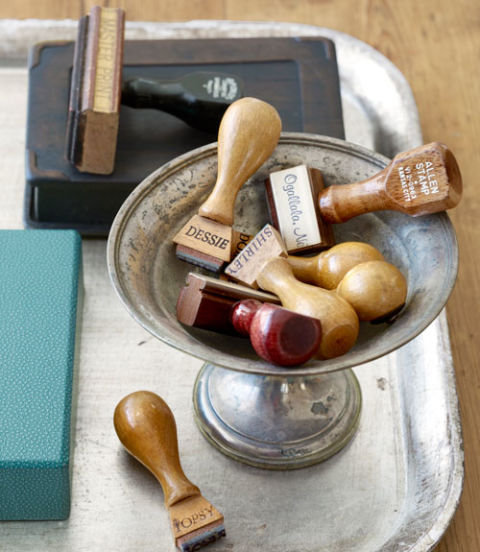 The first rubber stamp was introduced in the late 1860s. Businesses adopted the efficient labels over the next few decades, and the technology remained predominant for more than a century. The post-1930 devices at right recorded dates, payments, approvals, employee attendance on time sheets, and quality-control inspections. (Check out the workers' names—Topsy! Shirley! Dessie!) Now the throwbacks can be sourced for as little as $3 per stamp 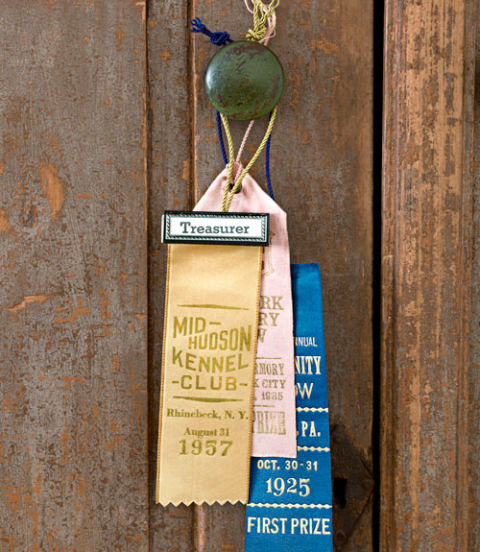 In 1935, Manhattan was all atwitter about the New York Poultry Show, where a chicken took home the pink ribbon above. The 1925 blue ribbon was bestowed upon a home cook in Lititz, Pennsylvania; the apricot-colored sash identified a 1957 officer of New York's Mid-Hudson Kennel Club. Compete for similar pre-1960s awards—made of silk, not synthetics—on eBay, where they're auctioned off in small lots, or at flea markets, where they typically go for a few bucks each. 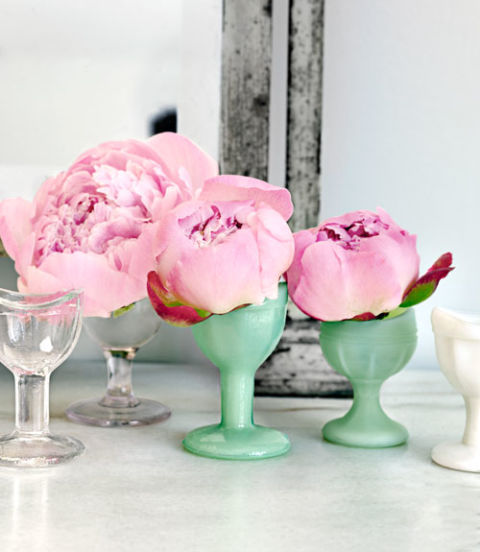 Before disposable plastics became widely available in the postwar years, ocular solutions required an eye bath, administered via a teeny-tiny glass cup. Dozens of companies made the instruments in the first half of the 20th century, says collector Terry Jermac, who values unmarked clear cups at $5 and milk-glass or jadeite pieces at $7. Among the most sought-after are cups marked "John Bull," and versions by E-Z Eye and Elder-Flower, both featuring eye illustrations embossed on the glass; if you spot one for under $10, you've got a real steal.