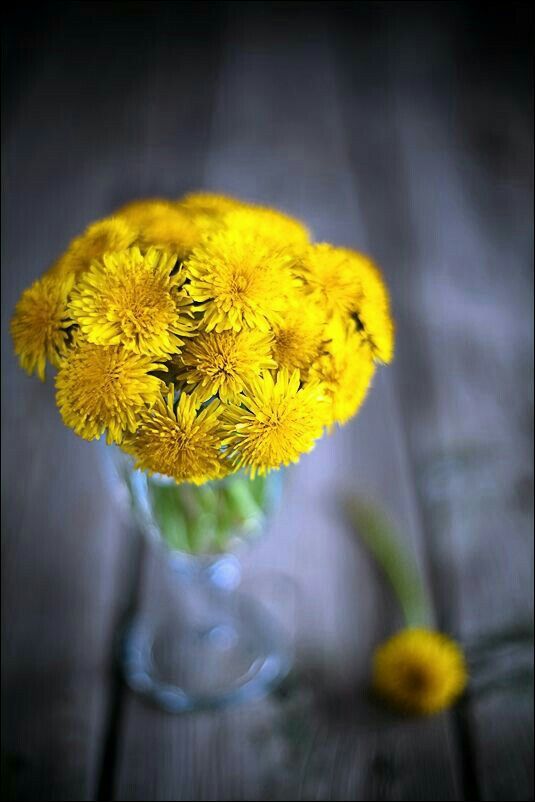 While Hekate’s connection with dandelion is entirely contemporary, it can be added to her garden through shared symbolism and applications. Dandelion is a very powerful plant that’s easily accessible (and often free) for including in devotion to Hekate and witchery.

Herbalism is my favorite part of witchcraft. I’ve been working on a database of plants in Hekate’s Garden – both historical and modern. Dandelion is a fascinating plant and it’s association with Hekate is equally intriguing.

The connection of Hekate with dandelion is entirely modern. Because I kept getting asked about her association with this plant, I decided to try to determine where this correspondence came from. First, let’s take a look at the dandelion in the ancient Mediterranean area where Hekate was worshiped. According to what I’ve read, it was used as a general tonic. Culpeper agrees, so do other historical books. So, dandelion was definitely around in some of the areas associated with ancient worship of Hekate.

Trying to Find the Roots of the Connection

I looked up it’s other names, one of which is bitterwort. No mention of that in any ancient texts. However, I did find “fleawort” in The Greek Magickal Papyri. Interestingly, fleawort is the same shade of yellow as the “dente de lion” (lion’s tooth). The modern association could be the result of mixing up fleawort and bitterwort, although the two plants have different energetic properties and healing uses. I don’t think this explains the association, though.

A Case of Mistaken Identity?

However, I have a theory about how the modern association could have happened. It could be a case of mistaken identity. Someone mixed up Hecale and Hecate. Hecale was a healer who helped the heroic Theseus return to health by giving him a “dandelion” (bitterwort) tonic. Nothing to do with Hekate, except very similar names. Theseus is also mixed up with Jupiter because he owed a debt to him:

“The story of Hecale, also, of her receiving and entertaining Theseus in this expedition, seems to be not altogether void of truth; for the townships round about, meeting upon a certain day, used to offer a sacrifice, which they called Hecalesia, to Jupiter Hecaleius, and to pay honor to Hecale, whom, by a diminutive name, they called Hecalene, because she, while entertaining Theseus, who was quite a youth, addressed him, as old people do, with similar endearing diminutives; and having made a vow to Jupiter for him as he was going to the fight, that, if he returned in safety, she would offer sacrifices in thanks of it, and dying before he came back, she had these honors given her by way of return for her hospitality, by the command of Theseus, as Philochorus tells us.”

So, while this is a great story…nothing to do with our Hekate. There’s no reference of a relationship between Hekate and Jupiter, or Theseus that I could find.

I think it’s a legitimate modern association, though. Hekate is associated with lion’s, especially our Chaldean Hekate as the World Soul. Dandelion’s are commonplace for many of us. Not unlike Hekate as the World Soul. Yellow is associated with Hekate through saffron and gold connections. Dandelions, like Hekate, are both revered and feared. They are also everywhere, at least in most of the western world. And very good for you!

This humble plant offers us a great deal of symbolic energy. Like Hekate the dandelion represents the Three Realms and our Three Selves. The pervasive roots remind us of the importance of Under World energy, that all that exists is borne from the dark depths of the earth. Our emotions, the dominant force of our Lower Self, are deep and vast. They nourish our minds and inform our actions. The golden flower reaches towards the Upper World, showing us that the abilities of the Higher Self stretch up to the mysteries of intellect and mysticism. At the Middle World, the stalk and leaves are the active part of the plant, growing and spreading. Such are our actions.

The persistence of dandelion to growth anywhere and it’s refusal to yield to attempts to destroy it, are a mighty lesson in living our truth. There was a time when I lived in suburbia that I conformed to the neighborhood practice of destroying dandelions to have a weed-free lawn. The dandelions persisted and eventually I did as well. Dandelion reminds us that conformity is quite boring and requires way too much effort.

Thus, the message of dandelion is to just be you – from your emotional roots to your intellectual curiosities. Hekate comes to her devotees in many different forms as well. You be you and let your Hekate be yours, too.

I could easily write a book about dandelion magick. The plant can be worked with in the symbolic ways that I discussed above. Connect with dandelion spirit energy to reflect upon your Three Selves and the Three Realms, see yourself reflected in the plant and in Hekate’s dominion over the realms.

Dandelion is a powerful all-purpose healer. Dandelion’s most useful in cleansing and purification. You can add dried dandelion root, leaves or flowers to an incense. Drinking a daily tonic of dandelion root is beneficial for mind, body and soul. Add the greens to salads and smoothies for a similar benefit. A dandelion potion consisting of a concentrate of the root tea can be used as a base for other potions and makes a great ritual bath ingredient.

Carrying dandelion with you as part of a charm can also be very beneficial. Of course, you can use the waning dandelion flower as a conduit to activate a spell by blowing the fragile petals onto the wind. Not surprisingly dandelion is associated with the element of Air. You can adapt dandelion energy to your specific focus, add appropriate correspondences and cast a spell into it with a great incantation. I recently wrote about a simple dandelion waning moon spell.

Dandelion as an Offering to Hekate

A wreath made of dandelion would be an excellent offering to Hekate on the Dark Moonor at anytime. You can wear it during your ritual and then offer it to her by placing it around a statue or leaving it at the crossroads.

Dandelion is a very powerful plant that is easily accessible (and often free) for including in your devotion to Hekate and your witchery. I’d love to hear about the ways you use dandelion in magick! About My Research Method

I used Bell’s New Pantheon to piece together my theory. It’s from the late 18th century and is a good source for linking our contemporary thoughts about deities with the ancient views. It’s available for free from Google Books, as is Culpeper’s British Herbal. Putting these two sources together is a way to bridge the ancient writings with contemporary thought regarding various botanicals. They are also incredibly cool to study.

Note: this article grew out of a discussion about Hekate and dandelion in a private group. I am grateful to those who participated.