Homeless Magazine Seller is So Beloved By Locals, They Showered Him With Love and a New VW Home

Homeless Magazine Seller is So Beloved By Locals, They Showered Him With Love and a New VW Home 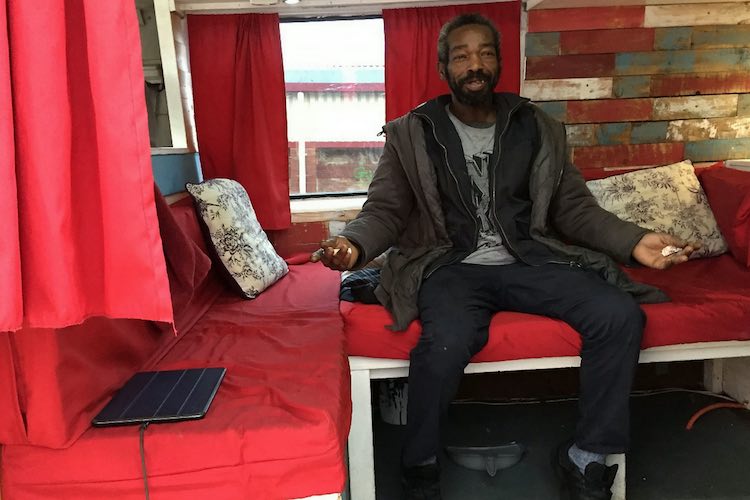 For the last 21 years, Jeffrey Knight has made something of a name for himself in the city center of Bristol.

The Jamaican-born man is known for handing out copies of Big Issue, an independent magazine that is sold on the streets by homeless, marginalized and disadvantaged people.

Despite being homeless, however, he is one of the happiest people on the city’s streets, giving fist-bumps, compliments and hugs to passers-by.

Knight first moved to Bristol from Jamaica in 1998 after he lost a number of his closest friends during a period of prolonged violence in the country. Speaking last year, as he celebrated 20 years in the English city, he said: “I love it here. I love to be around people and I feel free like a bird in the trees when I’m doing it.

LOOK: When ‘Homeless‘ Man Insists On Paying for Fancy Meal With His Hard-...

“Making other people happy makes me happy, that’s why I’ve been doing this for so long and why I couldn’t imagine doing anything else,” he added. “If someone hasn’t seen me for a few days they’ll say ‘Jeff, we were worried about you, where have you been!?’ and it makes me feel special knowing they’re looking out for me.”

In fact, the street seller is so beloved by the locals, over 500 people recently chipped in to help buy Knight his own van.

Local resident Deasy Bamford launched a crowdfunding page for the van after she was cycling home one night and saw Knight sleeping on the sidewalk. 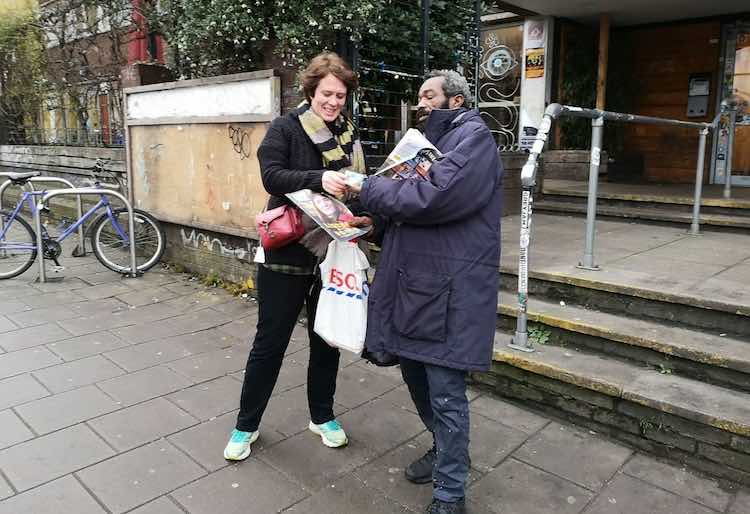 “I guess I’d never thought about his living situation before and I thought there’s no way that he should be sleeping on the streets,” said Bamford. “So I set up the page and thought it might raise about £2,000 at most. But when I returned from Gambia after Christmas it had raised over £5,000, which was amazing to see.”

The campaign ended up raising over £7,000 ($8,900) in just two months – which was more than enough to buy Knight a plush VW van. A local camper van dealer even sold the vehicle at a discounted rate upon hearing about Knight’s story.

The rest of the donated funds will be used to finance the taxes, insurance, and inspections on the van during the coming years.

Knight, who was handed the keys to his van on Saturday, offered an emotional thank-you to the people of Bristol for their compassion. 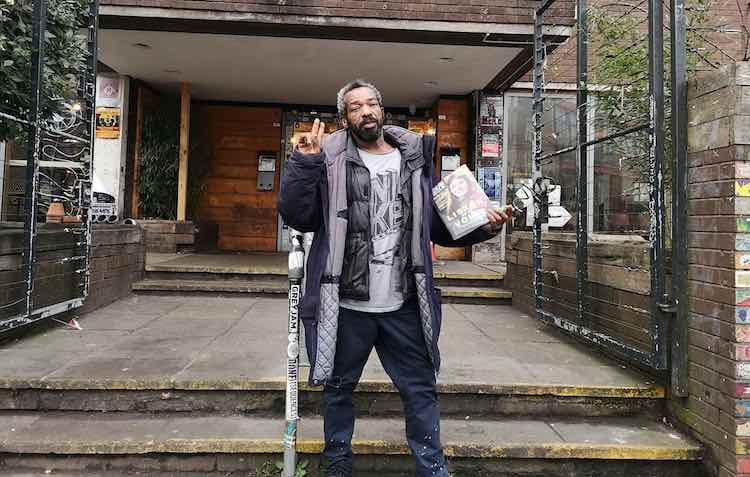 “I want to say thank you to everyone and I mean it from the bottom of my heart,” said Knight. “I love you, Bristol. Thank you for being there for me in the good times and bad times. I’ve been here so long I know the lovely faces of everyone who walks past me and they know me.

“Money is important, but this is more than money – this is love, and there isn’t anything more important than that.”

Jeff spent his first night in his van, on Saturday, watching television – mainly the History Channel – and he says he is looking forward to watching more at the end of his shifts.

“It just makes me feel good having somewhere warm to go at the end of the day,” he said. “Now every morning I get up and say ‘Yes! I’m indoors and I’m safe’. Sometimes when you’re sleeping rough, people aren’t very nice when they walk past."

A few months back, someone threw some booze on my sleeping bag at night … but now I’m in the van, nobody can do that to me.”

Bamford celebrated the crowdfunding success by simply saying: “The whole thing just shows that people want good things to happen to others and they want to come together to make a difference, despite the tough times we live in.“

"It’s been a real honor to part of this Bristol buzz and it’s so nice to see Jeff in his van, he absolutely loves it.”