It's a strange but very true phenomenon, that the most sexually repressed societies in the world have the highest rates of rape, pedophilia and other forms of gender-based violence. In a world of "thou shalt nots", the most natural impulses of humanity are stifled and redirected into violence and abusive behavior towards others. Paradoxically, these societies are also the most moral, or maintain moralistic teachings. Adolf Hitler was a very moral man. He entered into an alliance with the Catholic Church (just as Robert Mugabe did); was a teetotaler, a strict vegan, did not smoke, and by his demeanor I presume he didn't have much sex either. He murdered millions of people whom he considered immoral, and inferior to himself, and his idea that some people are better than others because of the color of their skin is coincidentally also a recurring feature of sexually repressed cultures. Is it pure co-incidence that the maimings, bombings and killings which have characterized Northern Ireland's history for so many years have taken place in a community which is ruled in a religious sense by anti-sex repression, both Protestant and Catholic? Sex has been hedged about with many restrictive rules and regulations by those who wanted to have rulership over their fellow human beings.The subjugation of women, "the dangerous temptress" as it were, has been built into the religions of the modern world, and indeed this subjugation of the female gender seems to have been almost divinely ordained, ever since Eve had to take the blame in the story of the Garden of Eden, which is in essence the story of Kundalini. It is not people who are sexually liberated who have anything to apologize for. No, it is those who teach that sex is immoral who must apologize for all of the hurt and confusion they have caused in the world. On the other hand, sexual promiscuity, the opposite of sexual repression, is also not the answer to happiness and does not solve anyone's problems. It's the quality and not the quantity of sexual experiences that brings harmony into a relationship and in one's life.If this were not true, then it would be prostitutes and playboys who would be the happiest, most well-balanced people, when if truth were to be told, they are usually the most insecure and neurotic. When men learn how to be real men and honor women with respect, they will learn self-respect. Sex is a gift, and is meant to be enjoyed responsibly, with mutual assent between partners, as a way of improving a relationship and one's individual life experience - and is not something shameful, dirty or dangerous to the psyche. In my humble opinion, healthy, responsible sexuality is a key to living this life to the fullest, so long as no harm is caused to anyone. To think the opposite is just about as foolish as imagining that poverty is a blessing.

When Lao Tzu refers to ritual in this text, he refers to the way in which we approach our relationships, whether with the Divine or others. If we aren't sincere in what we do - and act in perfect love and perfect trust - then any ritual; whether rigging up one's fly fishing tackle and asking Diana for help, or casting a circle, or partaking in a Sabbat at the turning of the Wheel, or enjoying responsible sex with a loved one and celebrating the joy of life - is self-defeating and leads to chaos in everyday life.

For pagans, ritual is a way of communing with Divinity and ensures that the Old Ways and the Old Gods are never forgotten. If performed correctly and with sincerity, ritual can be very affirming and have powerfully positive effects. 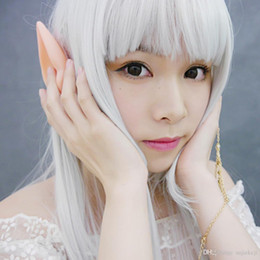