The most fascinating stories from around the world is the history and legends of Native America. This land was untouched by Europeans until Vikings landed. The stories and legends of these people are beautiful and filled with honor  that even today are ingrained in our culture. The eastern United states was home to a heterogeneous population and culture called Algonquin.

The Alonquian culture, a most larger heterogeneous population, stretched from Canada as far west to the Rocky Mountains and 10 million people were here before the contact and now 11,00 0 remain mostly in Quebec. The Arapaho, Blackfoot,Cheyenne Shawnee, Illiniwek, Kickapoo, Miami and Sauk and Fox were tribes of this culture.  Tecumseh and Pontiac were famous leaders of Algonquian-speaking nations.

The interesting thing is that Kundalini Yoga or Kundalini Shakti is the Serpent Power and the Algonquin religion worshiped Maneto a serpent.This article explains.

Maneto is an underwater giant serpent, common to the legends of most Algonquian tribes. The name "Maneto" means both "snake" and "spirit" in the Central Algonquian tribes, which has led to some confusion of the part of missionaries and anthropologists-- Gichi Manitou, or "Great Spirit," is used as a name for God in many Algonquian tribes, but missionaries had to give up on a Miami Bible translation where they had tried to use this term because it sounded too much like the name of a Miami snake monster, Kichimanetowa! In the Sauk and Fox tribes, "Kehci Manetowa" is understood to refer to God while "Manetowa" alone refers to a snake. In the Potawatomi tribe, "Gchi-Mnito" is always God, while the giant snake is called "Mji-Mnito" ("terrible snake.") In Kickapoo, "Kehci Manetoa" can still mean either "Great Spirit" or "big snake," depending on context.

Maneto the snake monster is a dreadful man-eating creature that lurks in lakes and rivers and drowns unwary travelers. Manetos have horns and armored scales and are extremely difficult to kill. The only thing a Maneto fears is thunder, for the Thunder Beings are their sworn enemies and have the ability to strike a Maneto dead with thunderbolts. Here is a map of mounds in Ohio. 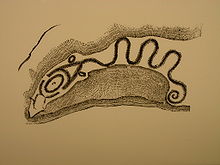 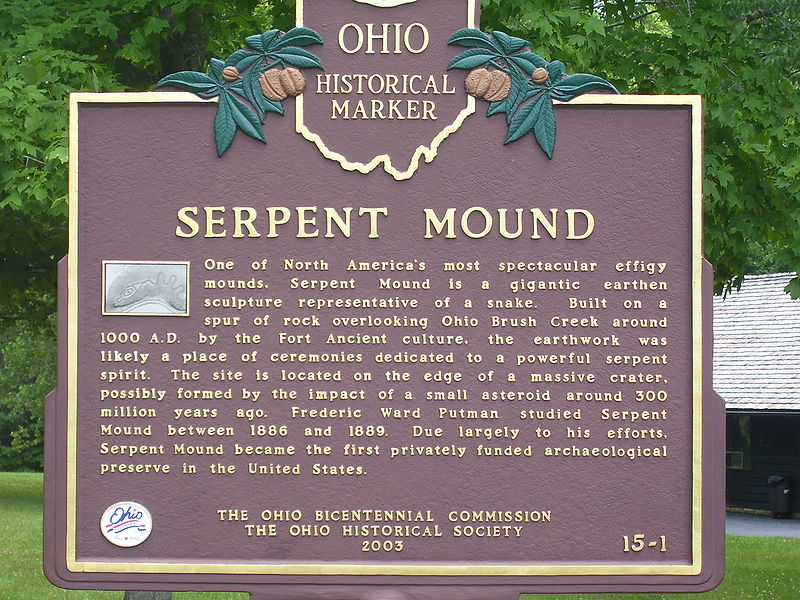 So the serpent was all powerful on the earth but the thunder gods could strike down. the Root Chakra of Kundalini rises in the manifestation of all earthly delights as the Diva rises like a coiled serpent as Shakti and then unites with Shiva. they join as one and travel to where ten million lightnings dazzle.

Two cultures worlds apart saw the energy of nature and understood how this energy of nature was a wise way to live. Ancient energy and ancient wisdom is our future. To understand this energy and use it will overcome the centuries of corruption and return to nature in diet and exercise connecting to the thunder and lightning, detaching from the serpent of earthly delights.