In the Middle Ages, books were incredibly scarce, and although many wanted to share knowledge with the masses, they didn’t quite trust the public. So the chained library was born, and while most of these restrained reading collections have vanished, a rare few still exist, looking much as they did centuries ago. 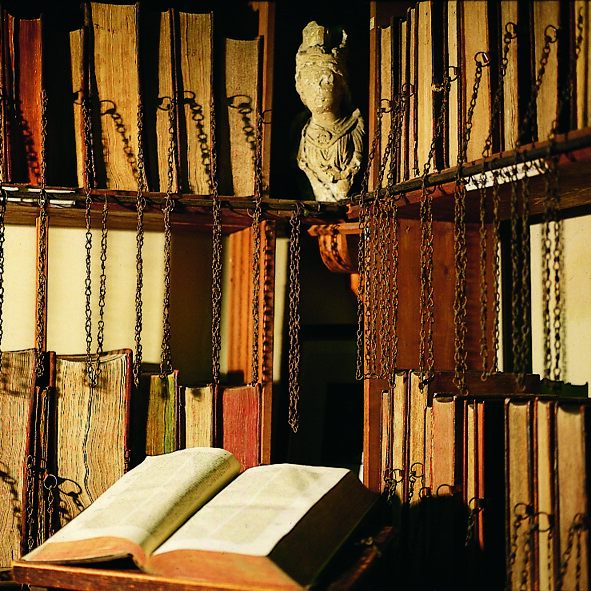 Located in the 12th century parish church of Wimborne Minister is one of the UK’s first public libraries. The stone room of its massive tomes linked to the shelves, accessed by a 600-year-old staircase, is now run by volunteers, and still open to the public. Dating to 1686, it includes 150 lambskin volumes in chains, the second largest known collection of such books. 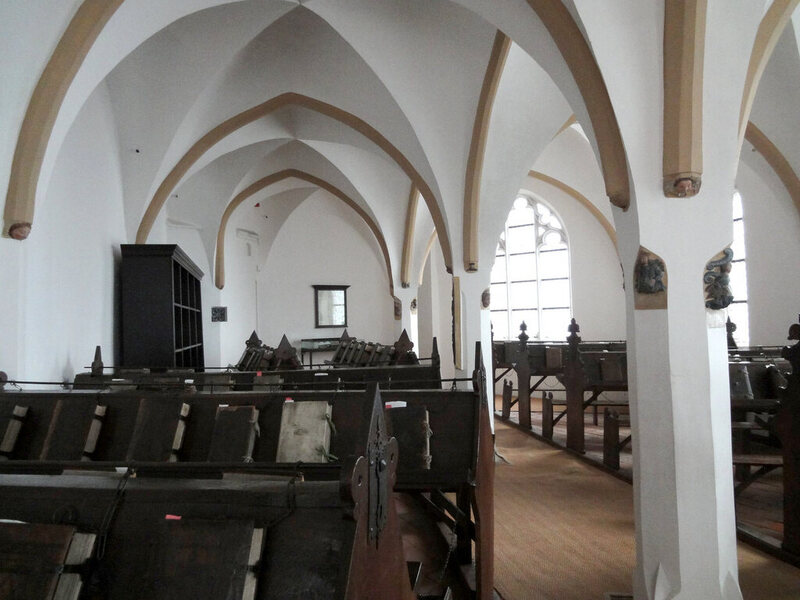 The Librije (photograph by Jim Forest)

Not much has changed at Zutphen’s Librije public library since the 16th century. Most of its books in the rows of reading pews in St. Walburga’s Church are chained where they were when first made available to bibliophiles in 1561. As a curious contrast to the ecclesiastical air of the stately room are supposed “devil’s footprints” under the desks.

Get our latest, delivered straight to your inbox by subscribing to our newsletter. 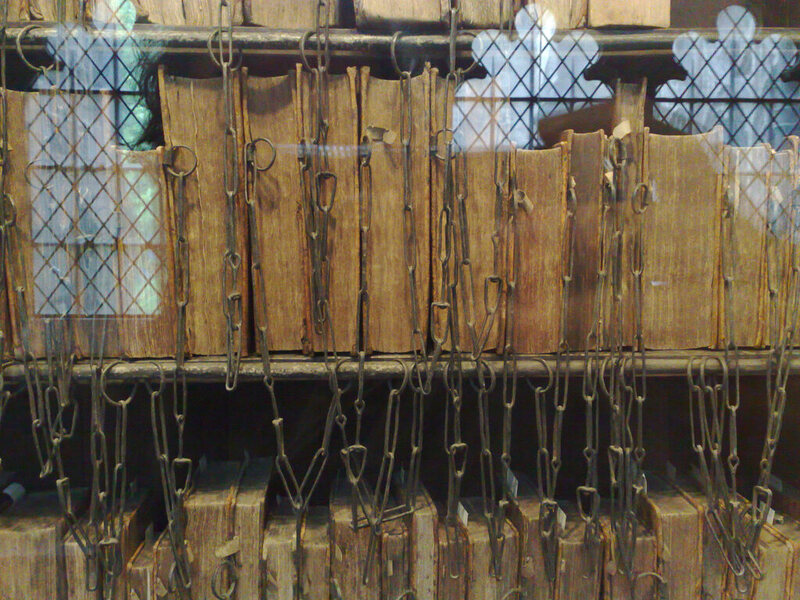 Most of the chained books predate Gutenberg’s 15th century printing press, such as at Hereford Cathedral where its old volumes largely date back to the 12th century. The hand-written books share the Hereford space with the Hereford Mappa Mundi, the world’s largest medieval map. 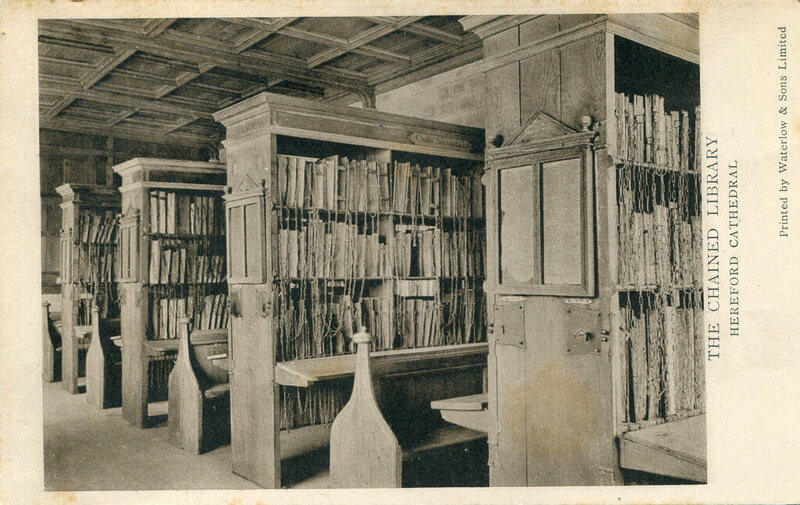 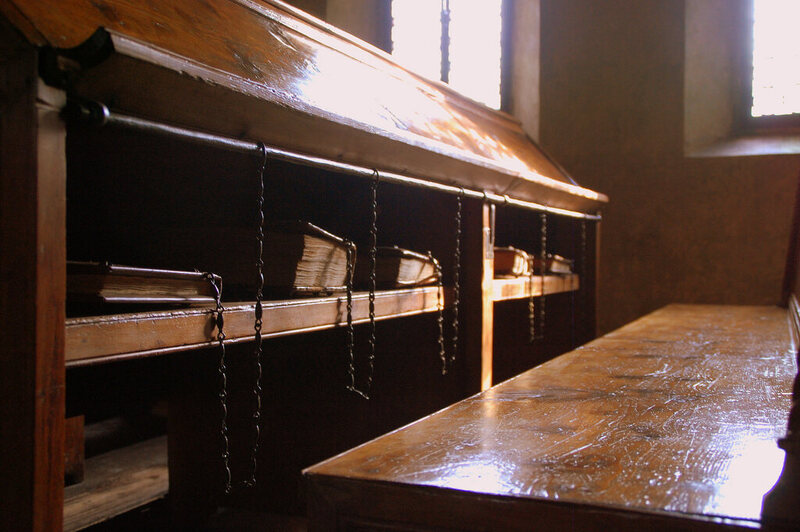 The 58 desks in the Malatestiana Library in Cesena, Italy, each have leather-bound books chained in their shelves. The building with its vaulted ceiling and windows that offered plenty of light in pre-electricity days dates to the 15th century, with little change, including an adherence to the natural light. 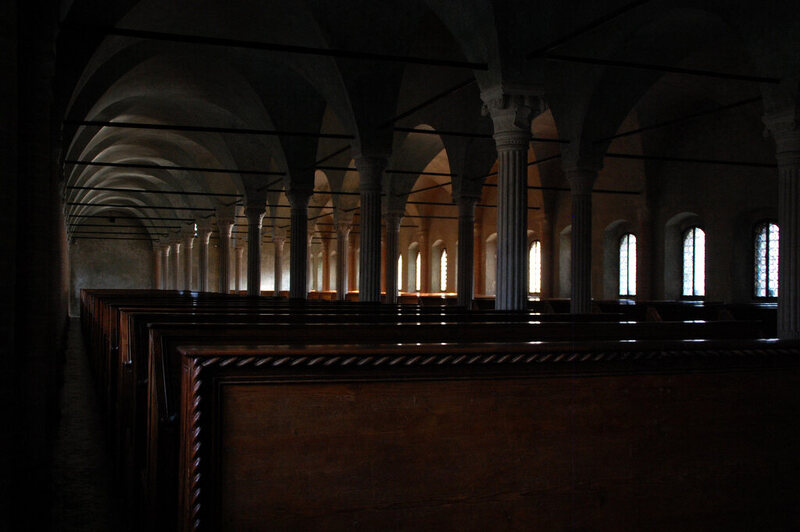 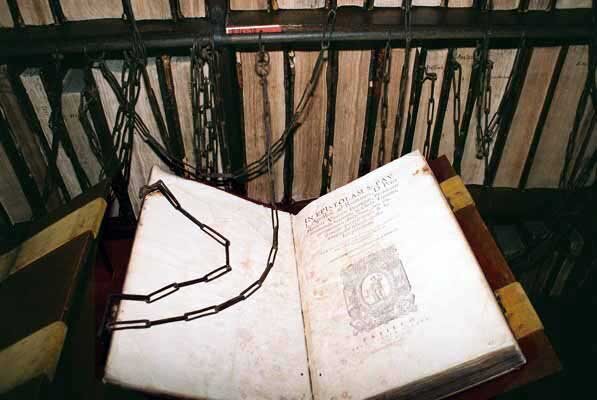 Founded in 1598, the Francis Tigge Library is England’s oldest public library. It was started by clergymen who thought the public should have access to books, and around 80 of these original volumes remain in the collections. 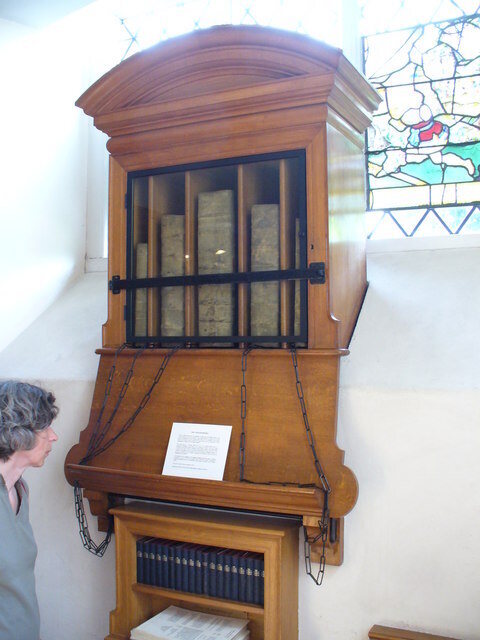 There’s just a small collection of chained books at Chelsea Old Church, but they were given by the illustrious physician Sir Hans Sloane. The 12th century church also just barely survived the bombings of WWII. 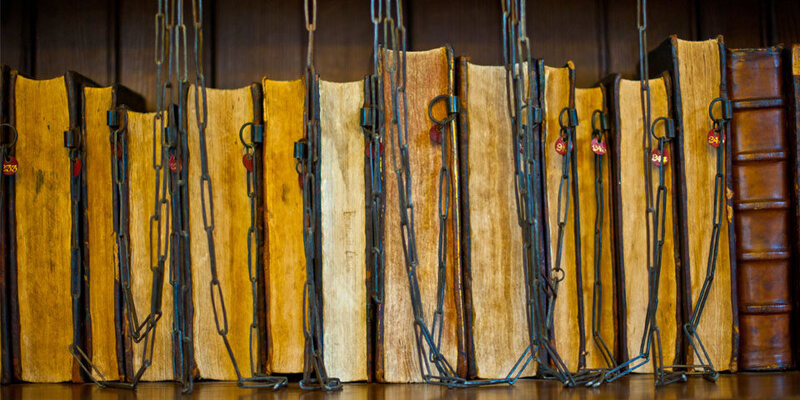 Most of the chained books were left to the Royal Grammar School in Guildford, England, by the Bishop of Norwich in his will. While they were endangered by a fire in the 1960s, the books still survive in their locks, although kept in the Headmaster’s Study. Now the books with their age and rarity are just as valuable, if not more so, as when they were first cuffed into place, and it’s likely the confining chains had something to do with their preservation.