They followed in the huge clown shoes of the Marx Brothers and stumbled a bit in doing so, but the Ritz Brothers slapstick trio (comprised of Al Ritz, Jimmy Ritz and Harry Ritz) were troupers all the way as they did their part in helping American audiences forget about the Depression and World War II. All three brothers were born in Newark, New Jersey (Al in 1901, Jimmy in 1903 and Harry in 1906), the sons of an Austrian haberdasher whose last name was Joachim. Raised in Brooklyn, the boys developed an early interest in show business and pursued solo careers at the onset -- with rather lackluster success. Following Harry's graduation from high school, they decided to band together (1925) and put together a song-and-dance act they could take out on the road. Building up their reputation in various night clubs and vaudeville houses, they appeared in the George White and Earl Carroll revues to great success.

Their act remained fairly constant for all four decades, which included precision dancing, tongue-twisting patter songs, ethnic humor and physical schtick. They managed to break into films in the mid-30s and earned a contract with 20th Century-Fox as specialty items in Alice Faye and Sonja Henie musicals. Slowly evolving into stars of their own, some of their better known vehicles would be The Three Musketeers (1939), The Gorilla (1939) and Argentine Nights (1940), which also featured the Andrews Sisters. Their hyperbolic style and unsubtle brand of insanity, however, were not always complemented in their films. They were an acquired taste (or an acquired lack of taste) and their critically-drubbed clowning never achieved the box-office distinction of Groucho, Chico and Zeppo. Discontented at Fox for not promoting them into an "A" film attraction, they left and tried their hand at Universal in 1940. Things not only didn't improve, their films grew even more inferior in quality. In the end, their forte would be as supper club headliners and once their film career was finished in 1943, they went back to the nitery circuit, occasionally finding work on TV. Eldest brother Al's death of a heart attack in 1965 put a serious cog in the team wheel. Harry and Jimmy continued for a time but floundered and eventually settled into semi-retirement, appearing on talk shows or in cameos for Mel Brooks (Brooks was a huge fan of their work). Jimmy died of heart failure and Harry of cancer within a year of each other in the mid-1980s. Though they remained in the comic shadow of the Marx Brothers, Al, Jimmy and Harry certainly made their broad mark in comedy and have found new legions of fans with every passing year. 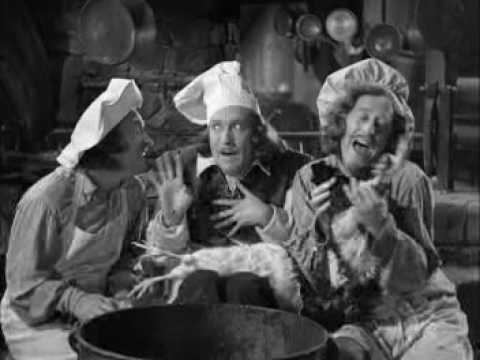