My mother was rushed to the hospital because of profuse uterine bleeding. She was seven months pregnant. The child in her womb was me. Her Obstetrician diagnosed her ailment: Placenta previa. An OR was scheduled. I have to be evacuated the soonest possible. The day before my mother would be taken to the OR. She prayed to the Holy Child Jesus of Cebu.

In her novena and prayer, my mother Julie , told God the Child Jesus, " Lord I don`t want my child to go, if I am the only one who will survive. The child in my womb is premature. This child may not make it. I promise you this if You let us both survive. I will enroll this child in your school, Colegio del Sto Nino. I will send this child after graduating in college to a medical school to become a doctor. "

Early in the morning, when my mother`s Obstetrician came in for the rounds for my mother`s scheduled OR. The doctor was surprised because my mother`s bleeding stopped. I went on to become a full-term baby. I was delivered on November 3, the death anniversary of St Martin de Porres of Lima, Peru.

True to my mother`s words, she enrolled me at the Colegio del Sto Nino from kindergarten to high school. I graduated my pre-med course in B.S. Medical Technology in 1979. Graduated in my MD course batch `83. In January 1987, I got my license to practice medicine after passing the Philippine Medical Licensure Exams.

Years later, when I was with my mother, we happen to meet her Obstetrician. She said to her, " Doctora, this is Melvin. He`s now a doctor, the child whom you wanted removed. " The Obstetrician just could not believe it. 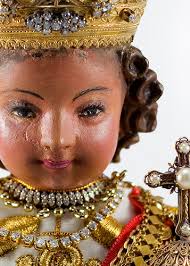