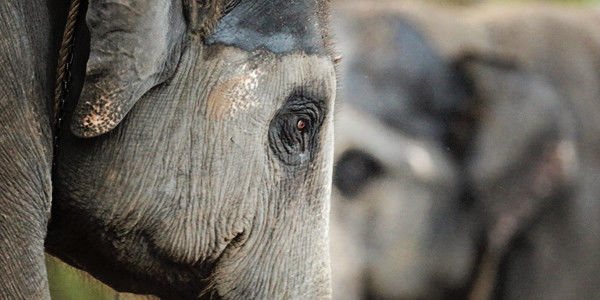 21 SUPPORTERS IN NEW BEDFORD
113,695 SUPPORTERS
120,000 GOAL
Animal advocates have been working for years to help Ruth and Emily, two Asian elephants who have been languishing at the Buttonwood Park Zoo in New Bedford, Mass., but nothing has been done to alleviate their suffering.

In 2016, the zoo was featured on In Defense of Animals' list of Ten Worst Zoos for Elephants for the seventh year in a row, earning it the dishonorable distinction of being featured in the Hall of Shame for failing to improve conditions for Ruth and Emily, and refusing to retire them to a sanctuary.

Over the years, the zoo has failed to provide them with adequate space and shelter, proper veterinary care, proper food and enrichment, and has denied them adequate opportunities to socialize with others of their kind.

It has also failed to protect Ruth from Emily's aggression. Emily has attacked Ruth 36 times between 2005 and 2015, when the zoo stopped keeping track, including an incident that involved Emily biting off more than six inches of Ruth's tail.

These two are tragically incompatible, yet they continue to be confined in a small area together, and captivity itself has taken a physical and psychological toll on each of them.

In 2013, the city announced that it would close the zoo's elephant exhibit once Ruth and Emily die, but their advocates argue that there's no reason to wait to do the right thing for them.

Friends of Ruth and Emily has filed a federal lawsuit, arguing that the zoo's treatment of Ruth and Emily violates the Endangered Species Act, ultimately seeking to have them retired to a sanctuary.
SIGN PETITION HERE PLEASE: https://www.thepetitionsite.com/101/458/190/new-bedford-send-zoos-i...