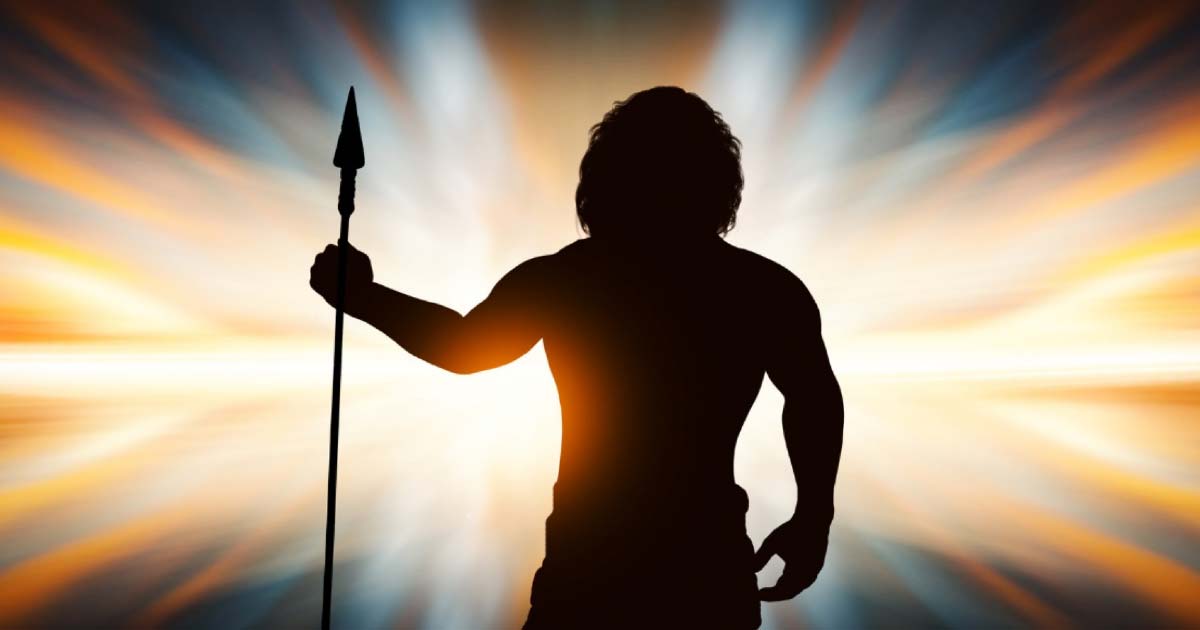 An international team of scientists has completed the first 3D virtual reconstruction of the ribcage of the most complete Neanderthal skeleton unearthed to date, potentially shedding new light on how this ancient human moved and breathed.

The team, which included researchers from universities in Spain, Israel, and the United States, including the University of Washington, focused on the thorax - the area of the body containing the rib cage and upper spine, which forms a cavity to house the heart and lungs. Using CT scans of fossils from an approximately 60,000-year-old male skeleton known as Kebara 2, researchers were able to create a 3D model of the chest - one that is different from the longstanding image of the barrel-chested, hunched-over "caveman." The conclusions point to what may have been an upright individual with greater lung capacity and a straighter spine than today's modern human.

The study is published Oct. 30 in Nature Communications .

"The shape of the thorax is key to understanding how Neanderthals moved in their environment because it informs us about their breathing and balance," said Asier Gomez-Olivencia, an Ikerbasque Fellow at the University of the Basque Country and the study's lead author.

And how Neanderthals moved would have had a direct impact on their ability to survive on the resources available to them, said Patricia Kramer, professor in the UW Department of Anthropology and corresponding author on the paper.

"Neanderthals are closely related to us with complex cultural adaptations much like those of modern humans, but their physical form is different from us in important ways," she said. "Understanding their adaptations allows us to understand our own evolutionary path better."

Neanderthals are a type of human that emerged about 400,000 years ago, living mostly from what is today Western Europe to Central Asia. They were hunter-gatherers who, in some areas, lived in caves and who weathered several glacial periods before going extinct about 40,000 years ago. Studies in recent years have suggested that Neanderthals and early Homo sapiens interbred , because evidence of Neanderthal DNA has turned up in many populations .

Over the past 150 years, Neanderthal remains have been found at many sites in Europe, Asia and the Middle East. This team worked with a skeleton labeled Kebara 2, also known as "Moshe," which was found in Kebara Cave in Northern Israel's Carmel mountain range in 1983. Though the cranium is missing, the remains of the young adult male are considered one of the most complete Neanderthal skeletons ever found. Two different forms of dating of the surrounding soil, thermoluminescence and electron spin resonance, put the age at somewhere between 59,000 and 64,000 years. 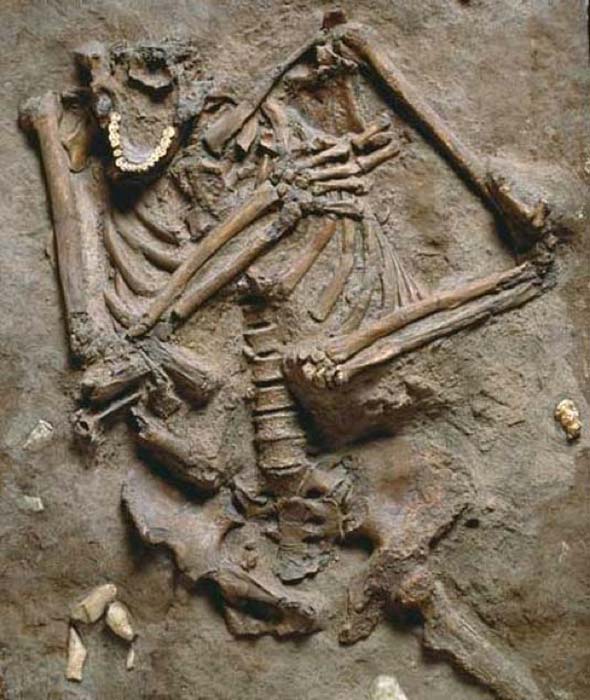 Discoveries and studies of other Neanderthal remains in the 19th and early 20th centuries gave rise to theories and images of a stereotypical, hunched-over caveman. Over time, further research clarified scientific understanding of many Neanderthal traits, but some debate has lingered over the structure of the thorax, the capacity of the lungs and what conditions Neanderthals might have been able to adapt to, or not.

New View of Neanderthals From 3D

Over the past decade, virtual reconstruction has become more commonplace in biological anthropology, Kramer explained. The approach is useful with fossils such as the thorax, where fragile bones make physical reconstruction difficult and risky.

Nearly two years ago, the same research team created a virtual reconstruction of the Kebara 2 spine, the first step in updating theories of Neanderthal biomechanics. The team's paper, published in the book "Human Paleontology and Prehistory," reaffirmed the likelihood of upright posture but pointed to a straighter spine than that of modern humans. 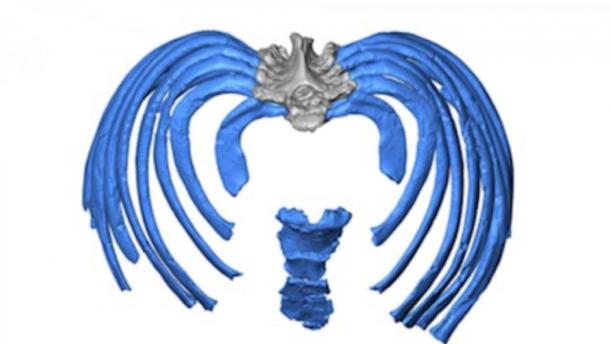 This image from the virtual reconstruction shows how the ribs attach to the spine in an inward direction, forcing an even more upright posture than in modern humans.         Source: Gomez-Olivencia, et al.

For this model of the thorax, researchers used both direct observations of the Kebara 2 skeleton, currently housed at Tel Aviv University, and medical CT scans of vertebrae, ribs and pelvic bones, along with 3D software designed for scientific use. "This was meticulous work," said Alon Barash, a lecturer at Bar Ilan University in Israel. "We had to CT scan each vertebra and all of the ribs fragments individually and then reassemble them in 3D."

They then used a technique called morphometric analysis to compare the images of Neanderthal bones with medical scans of bones from present-day adult men.

"In the reconstruction process, it was necessary to virtually 'cut' and realign some of the parts that showed deformation, and mirror-image some of those that were not so well-preserved in order to get a complete thorax," said Gomez-Olivencia

The reconstruction of the thorax, coupled with the team's earlier finding, shows ribs that connect to the spine in an inward direction, forcing the chest cavity outward and allowing the spine to tilt slightly back, with little of the lumbar curve that is part of the modern human skeletal structure. "The differences between a Neanderthal and modern human thorax are striking," said Markus Bastir, senior research scientist at the Laboratory of Virtual Anthropology at the National Museum of Natural History in Spain.

"The Neanderthal spine is located more inside the thorax, which provides more stability," said Gomez-Olivencia. "Also, the thorax is wider in its lower part." This shape of the rib cage suggests a larger diaphragm and thus, greater lung capacity.

"The wide lower thorax of Neanderthals and the horizontal orientation of the ribs suggest that Neanderthals relied more on their diaphragm for breathing," said senior author Ella Been of Ono Academic College. "Modern humans, on the other hand, rely both on the diaphragm and on the expansion of the rib cage for breathing. Here we see how new technologies in the study of fossil remains is providing new information to understand extinct species."

What that means for how Kebara 2 lived is ripe for further research, Kramer said. How did Neanderthals breathe, and for what physical demands might they have needed powerful lungs? What does that tell us about how they moved, and the environment in which they lived? Did any of these physical traits make them more or less adaptive to climate change?

Reconstructing the thorax was an exercise in starting from scratch, deliberately trying to avoid being influenced by past theories of how Neanderthals looked or lived, Kramer said.

"Thinking through all the permutations of the different fragments, it was like a jigsaw without all the pieces. What do the pieces tell us?" she said. "People have told you it should be a certain way, but you want to make sure you're not over-reconstructing, or reconstructing it the way you think it should be. You're trying to maintain a neutral approach."

Other authors of the study were Daniel Garcia-Martinez of the National Museum of Natural History and Mikel Arlegi, of the University of the Basque Country.

I had been reading related articles! I am so glad to find this out! Thank you sis! Great info and new knowledge!

Permalink Reply by Carmen Elsa Irarragorri Wyland on November 8, 2018 at 11:40am

What more can I tell?

Permalink Reply by MARGARIDA MARIA MADRUGA on November 8, 2018 at 6:05pm

A job well done. Thanks.