Something Is Heating Up Inside Egypt’s Ancient Pyramids And Scientists Can’t Explain It!

Two weeks of new thermal scanning in Egypt’s Giza pyramids have identified anomalies in the 4,500-year-old burial structures, including a major one in the largest pyramid.

The scanning showed “a particularly impressive one (anomaly) located on the Eastern side of the Khufu pyramid at ground level,” the ministry said in a statement. The largest of the three Giza pyramids is known locally as Khufu and internationally as Cheops.Antiquities Minister Mamdouh el-Damaty and technical experts working on the project showed the higher temperature being detected in three specific adjacent stones at the bottom of the pyramid in a live thermal camera presentation to journalists. 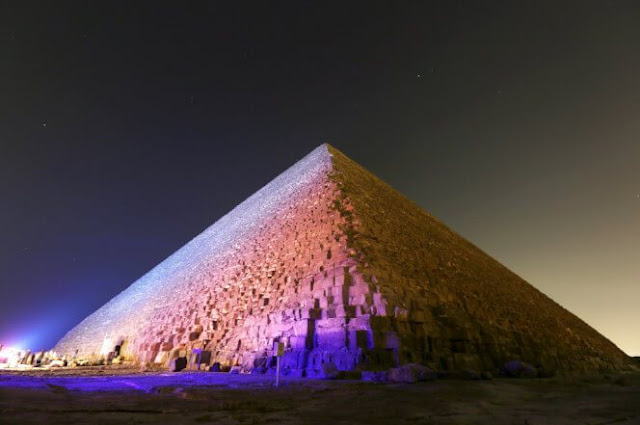 The thermal scanning was carried out at all times of the day, including during sunrise, as the sun heats the structures from the outside, and then during sunset as the pyramids are cooling down. The speed of the heating and cooling phases is being used to uncover “hypotheses” such as empty areas in the pyramids, internal air currents, or different building materials used. 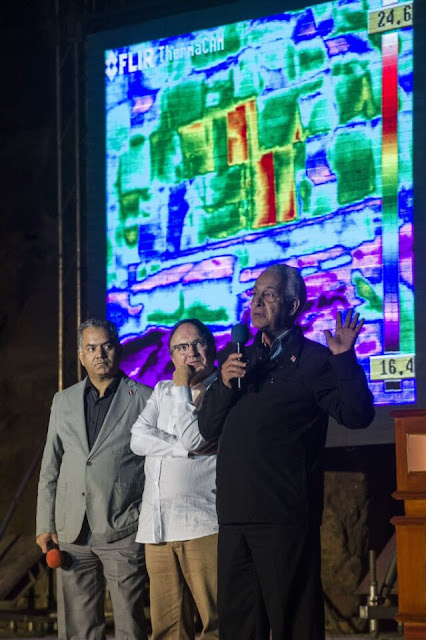 “The first row of the pyramid’s stones are all uniform, then we come here and find that there’s a difference in the formation,” said el-Damaty, pointing at the three stones showing higher temperatures.

While inspecting the area, el-Damaty said they found “that there is something like a small passage in the ground that you can see, leading up to the pyramids ground, reaching an area with a different temperature. What will be behind it?”

Other heat anomalies were detected in the upper half of the pyramid that the experts said need to be investigated further.

El-Damaty invited all Egyptologists, especially those interested in ancient Egyptian architecture, to join in the research and help come up with ideas on what could be behind the anomalies.

The pyramids, located on the outskirts of Cairo, are one of the major tourist attractions in the country. The pyramids, which were used as sacred burial structures, were built in the fourth Pharaonic dynasty. The great pyramid is the oldest and only surviving monument of the Seven Wonders of the Ancient World.

Amazing Carmen! What a great find!! Thank you!