The !Kung people are practically extinct nowadays, although a few remaining cohesive groups and many of their decendents who have blended with the Xhosa and other peoples within the region retain ancestral memories and traditions, such as trance dancing and shamanic ritual .

The Khoi-San are the most ancient peoples of the southern part of Africa, and retain many of the old Ways although due to the destruction of their core society and culture by the colonial settlers and other more numerous and well-organised invaders from within Africa before this unhappy period of Africas' history; the San who live according to the ways of their distant ancestors are few and far between, existing in the few but vast remaining wilderness areas in the Northern Cape and Namibia as well as areas of Botswana.

A genocide akin to the Aboriginal massacres and the Native Americans, also happened with these people who are one of the closest peoples to Nature and the unseen realms to be found in Africa. Organised hunts modelled on the fox hunts of the nobility were aimed at eradicating all traces of the !Kung up until the late 1800's and for a couple of hundred years before that. Introduced diseases and so on also took their toll as the born - free people could not easily adapt to enslavement or the norms and values of the society at that time. However, they left us with an enduring legacy of very simple, yet incredibly profound artworks that often really stretch the imagination.

These are artworks of great interest and fascination invariably creeps in after a close study of the many therianthropes, or zoomorphs that are painted on the caves and boulders all over Southern Africa, when the nature-loving and resourceful !Kung were once upon a time, free to roam unchecked by the advances of other more technologically advanced cultures.

However when we speak of advanced cultures; it is only within the last hundred years or so that the reality of shamanic experience has penetrated the fringes of the conciousness of most First World countries.Well, they say that if you don't want to meet the Neighbours or UFO's, then key yourself in to the technological matrix  for longer than absolutely necessary.(Present Temple excluded, naturally;). 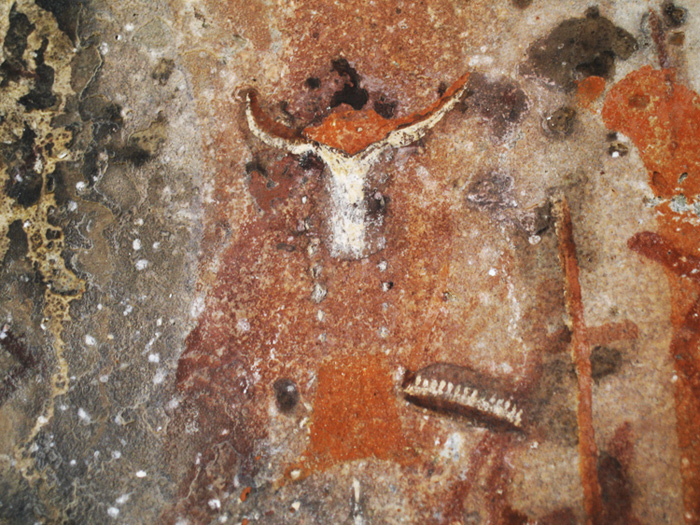 "The White Lady of the Brandenberg'. A seeming anamoly as yet unexplained by scientists.There werent supposed to be red-heads with fair complexions in Africa 25000+ years ago? Or maybe, this is a vision of the Goddess? Another possibility is that it depicts a shaman painted white, which to many African cultures signifies the colour of Spirits or Ghosts. 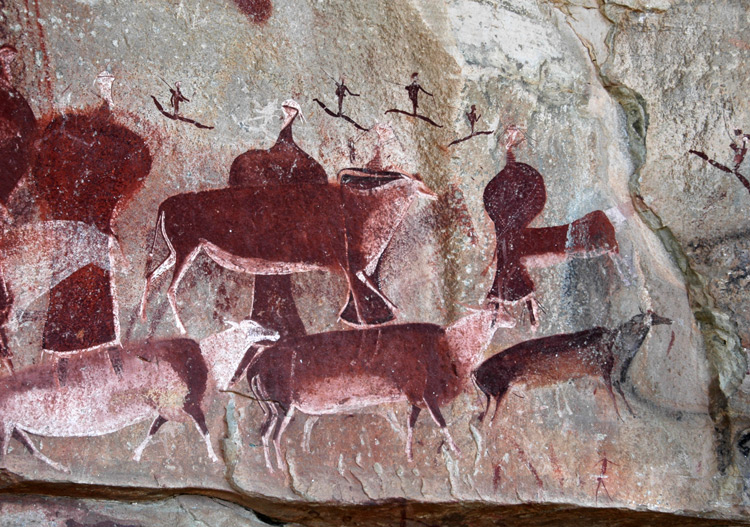 Such sacred art is often a portal to other worlds, as explained in detail in Graham Hancock's book, Supernatural.The art is a virtual gateway to the other realms. 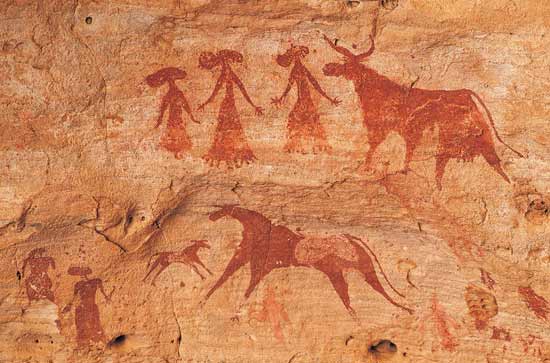 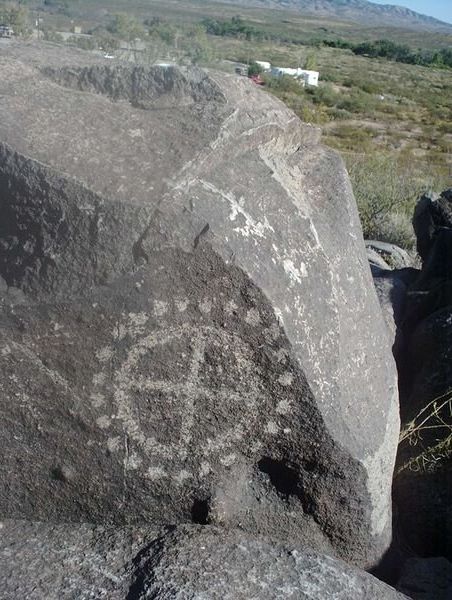 This is more ancient than San or !Kung art. It is the ancient encircled cross inherited by the Sumerians, in Southern Africa. More about this in a later discussion to be posted. 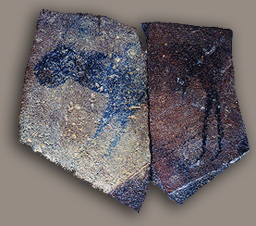 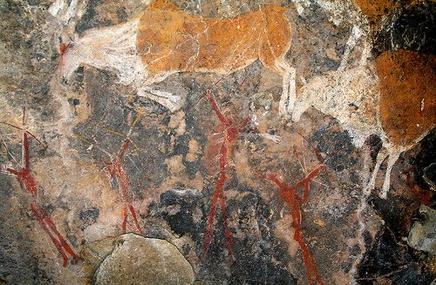 Now is this the Sun Boat of the Gods, or a cosmic visitation?

This is so interesting!~