4 things you didn’t know about Pluto 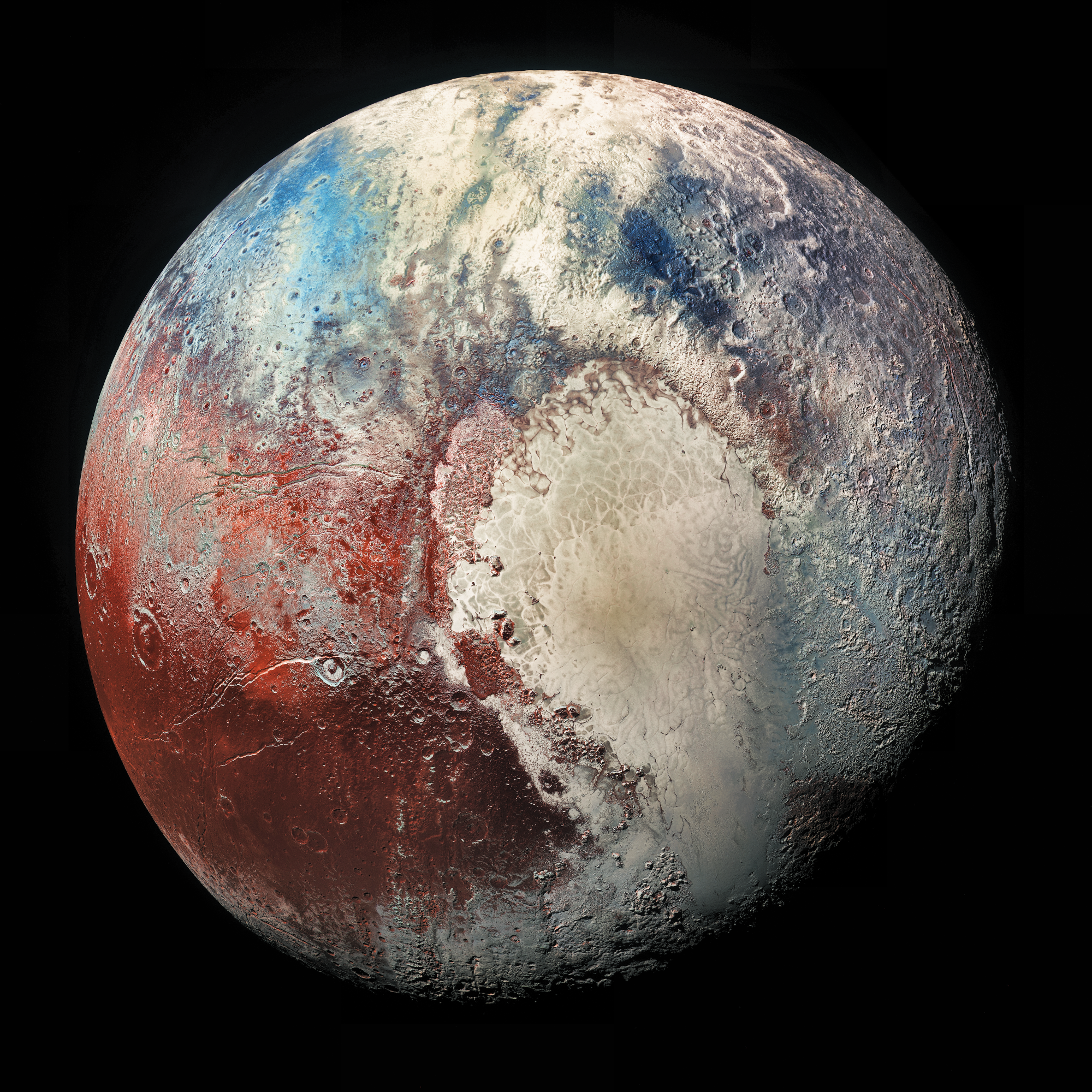 After its discovery in 1930, Pluto enjoyed its official rank as the ninth planet in the Solar System. That was until 2006 when the International Astronomical Union decided to demote Pluto. Sadly, the Solar System lost one of its members, as Pluto is now classified as a dwarf planet.

There have been controversies about Pluto's planet disqualification. This triggered long debates, caused confusion, and generated a pop cultural issue in social media. Some notable scientists protested Pluto’s downgrade with strong arguments. Even lay people came out to show their support for maintaining Pluto’s planet status.

But just because Pluto is a dwarf planet does not mean the scientific research stops. In addition, like any other heavenly body in the Solar System, Pluto has many interesting details that make it different from others. Here are four interesting things about it that you might not have known. 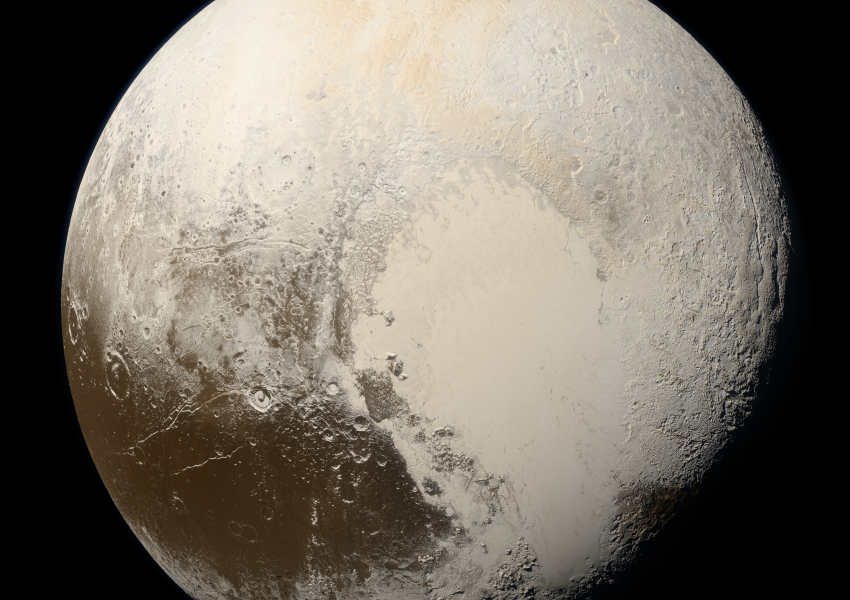 Here on Earth, we say that time flies. Today, we enjoy the summer, and then it is Christmas; however, not on Pluto. One year on Pluto is equivalent to 248 Earth years. A day on Pluto is equal to 153 hours or six days on Earth. A few months mean years of life on Earth.

If you want to keep a long-distance relationship, Pluto is not the place to live. Sending a message from there would take 4.5 hours before it reaches Earth. The exact amount of time for the message to reach its recipient is also dependent on Pluto’s travel year to its orbit. On its journey, when Pluto is closest to Earth, the message sent will reach Earth in about four hours. On its farthest orbital point, it takes 6.5 hours for the message to be received. We are fortunate to keep our loved ones right next to us. At least for now, Pluto is not yet an option for migration.

Pluto seems to have a twin 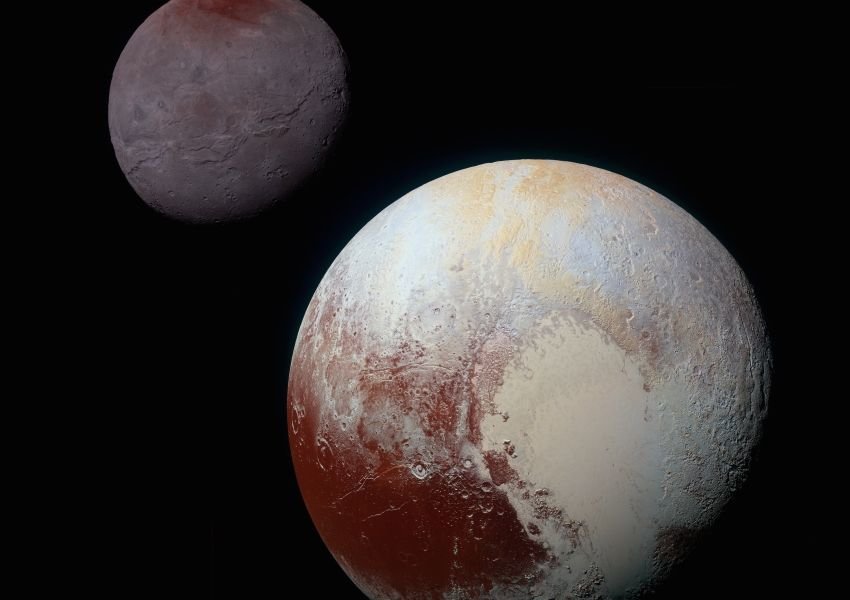 It is not an identical twin per se, but Pluto appears to have a double named Charon, discovered by astronomer James Christy in 1978. It is not actually a planet, but it is the largest of Pluto’s moons.

Unlike the Earth’s moon, Charon’s orbit positions itself in the same spot where Pluto is—it never rises, never sets, and one side faces Pluto at all times. Scientists call this alignment tidal locking. From this double planetary positioning, a Pluto-Charon system was born. Charon is not the identical twin type, but it almost fits the qualities of a double. 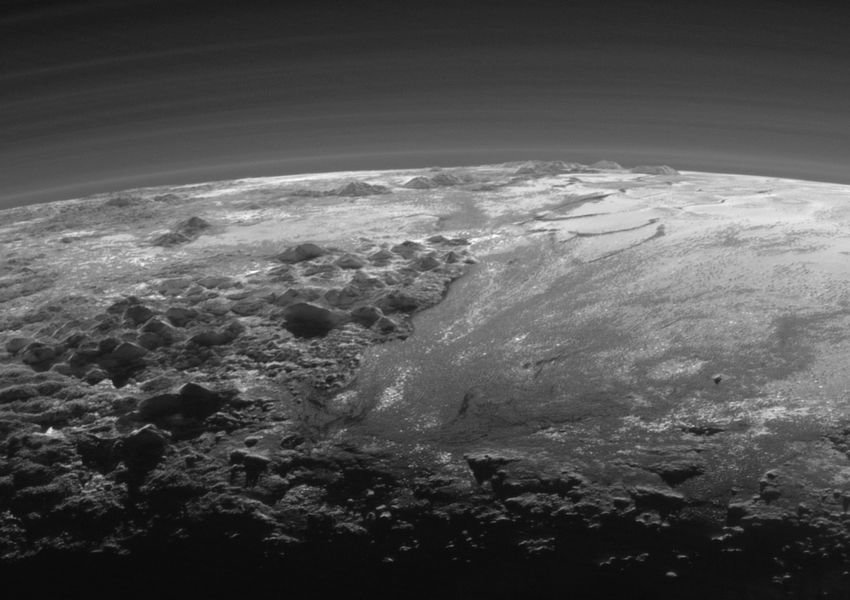 A recent discovery made by NASA’s New Horizons suggests that Pluto may be hiding an ocean of water beneath its icy surface. It is a real mystery how Pluto got its surface to spew fountains of water, but scientists have their explanations.

The ammonia-rich water-ice found in a large crack of Pluto’s crust could be the result of geological movement deep within the depths of the dwarf planet. This crack is believed to be a fissure from which liquid water once erupted during cryovolcanic activity. The presence of ammonia on its surface may prove that those icy volcanoes may have blown off organic water into space.

Despite the frozen state of Pluto’s crust, how did water exist? According to scientist Steven Desch, it was because of the presence of ammonia. Ammonia is an excellent antifreeze that lowers water’s freezing point by 100 degrees Celsius. He believes that if Pluto’s subsurface ocean contains ammonia, that explains how the water maintains its liquid form. Pluto may not be just a frozen place after all!

Disney named one of its cartoon characters Pluto 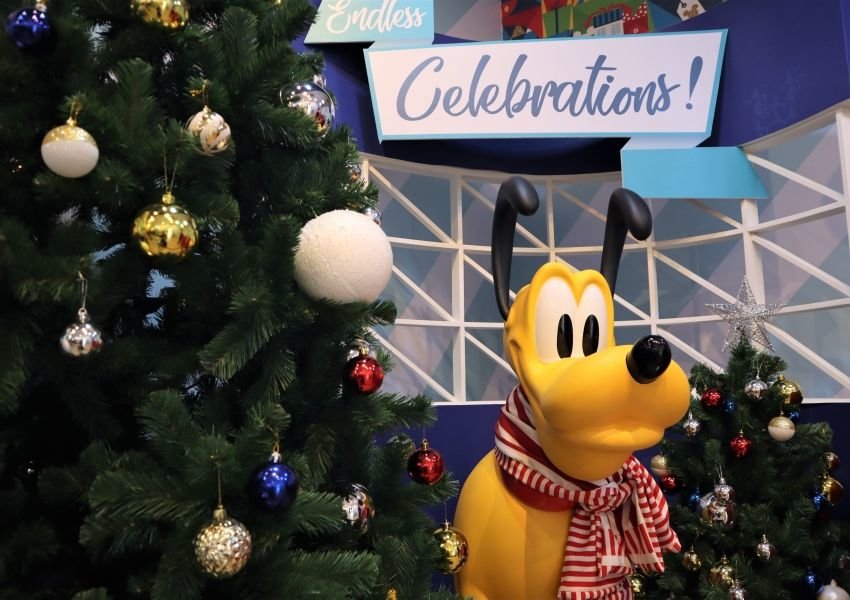 If you are a big fan of Disney cartoons and trivia, you will love this. Pluto made his appearance as Mickey’s faithful dog in 1930. Science and media converged, as Mickey Mouse’s pet, Pluto the bloodhound, was born within months of the planetary discovery by Clyde Tombaugh.

There was speculation that Walt Disney used the name as a marketing strategy since Pluto, the planet, captured the attention of the masses and was very popular at the time. Whatever the reason, both share the Greek name of the god of the underworld, also called Hades.

Pluto may have lost its brand as a planet but not its legacy in the field of science. There is much to learn about Pluto and scientific work to be completed in the future. Though small in appearance, Pluto has many surprises that await discovery.

Great read Carmen!! My daughter is coming to spend the night so I will read more in this group next few days

You are welcome Rosey, I hope you enjoy it, as much as I did.