Found: The Most Distant Object Ever Discovered in Our Solar System

Found: The Most Distant Object Ever Discovered in Our Solar System

Astronomers spotted a previously undiscovered dwarf planet hiding so far away they decided to give it the nickname "Farout."

The new-found tiny world is the most distant object ever found in our solar system. Farout orbits the sun at about 120 astronomical units (AU)-in other words, 120 times as far from the sun as Earth is. By comparison, Pluto is only about 30 to 50 AU, and the previous record holder, Eris, is about 96 AU.

Farout was discovered by a trio of astronomers who specialize in hunting distant solar system objects. A few months ago, this same astronomy team spotted "The Goblin," another distant world that was given its spooky name due to its discovery around Halloween. That planet was much closer than Farout, though.

One of the challenges of identifying distant solar system objects like Farout is correctly mapping the paths of their orbits. Knowing a planet’s orbit can tell us a great deal about its history and even hint at other worlds waiting to be discovered. The Goblin, for instance, has an extremely elongated orbit that suggests a large planet in the distant solar system could be interfering with it.

In this case, though, astronomers will have to wait a while to determine Farout’s orbit. The farther an object is from the sun, the slower it moves, and astronomers need to see Farout move quite a bit in its orbit before they can figure out its path. When they manage to calculate it, it might help to point toward that same hypothesized planet that was suspected of antagonizing The Goblin.

That suspected Planet Nine was first proposed in 2016, and plenty of astronomers have spent the last few years hunting for it. The solar system is a big place, and there are a lot of places for even a big planet to hide. But every distant world we discover helps us confirm a result or rule something out, and someday soon we’ll know whether or not Planet Nine is really lurking out there somewhere. 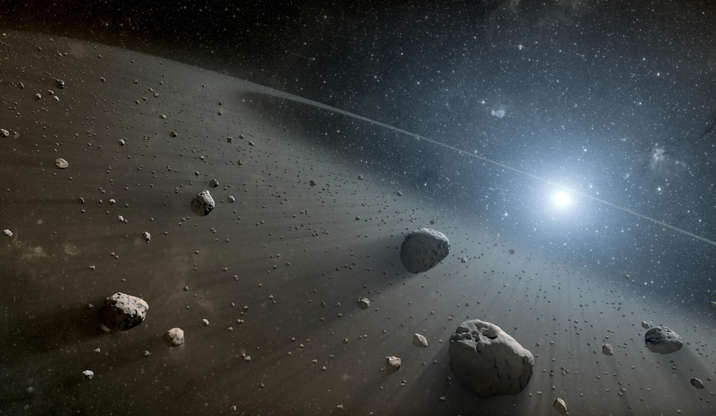 Yes, definitely, it affects it. And yes, everything in the Universe affects us, and we do not even know about it. However, the things nearer to us affect us the most.

Is like everything that is happening in the Universe is affecting us, but those closest to us, affect us more.

What is going on in the USA affects the whole earth, yet it affects more those that live here.

My neighborhood, affects me, yet my family affects me more and so forth...