The New You Is Receiving A New Mirror. Extreme Energetic Shift Happening!

The New You Is Receiving A New Mirror. Extreme Energetic Shift Happening!

Outgrown soul contracts and karmic relationships are dissolving. In that case, New Mirrors are presented to reflect back to you the work you’ve done, the power and truth that you’ve become.

The New You deserves a New Mirror – know that the Handover is happening behind the scenes. Trust that things are shifting, and this is for your Highest Good.

Know that the following article doesn’t speak of romantic relationships, friendships or partnerships of any kinds but of those we call Soul Contracts, when two people cross path and share a relationship in order to gain and acquire wisdom and knowledge together.

“Karma shows itself in relationships. The people you meet, the expectations you have, the circumstances in which you relate, the kind of marriage or other association that you find yourself in are the ways you have chosen to grow and evolve into what you must be” ~ Judy Hall.

New mirrors are now available to walk with you the path of Freedom, Growth and Purpose.

As you evolve in life, different significant partners have come and will come to you to support you, teach you, mirror back to you what you need to See and Heal within yourself.

When you reach and settle at a new, significant, energetic stage on your personal path — as you’re doing right now – new, aligned mirrors come your way. Those vibrate at a similar frequency as you do. That’s why and recently, mirrors have started to shift for you.

At each important step of your sacred, golden path, new people and most importantly partners are rendered available to you so that you can grow, evolve and continue expanding your consciousness through the stimuli that relationships of any kind offer.

Some previous partnerships and Sacred Unions, as we have already said, can’t come with you for the rest of the ride – at least not now – simply because they haven’t evolved lately, in the past months and years, in that same tremendous, victorious, King and Queens amount as You Have.

Those are those people you felt truly drawn to until recently – that was because there was still more to learn and to heal there. In other words, you had to find your way out of the Karmic Dynamics.

When one of the partners of a given relationship grows enough to move past the codependency, abuser-abused, chaser-runner or whatever growth/triggers/healing dynamics that’s unfolding there – they become able to move away from the repetitive loop, and therefore from the relationship itself as the relationship was finding its roots, its way of being and functioning in that pattern, in the karma itself. 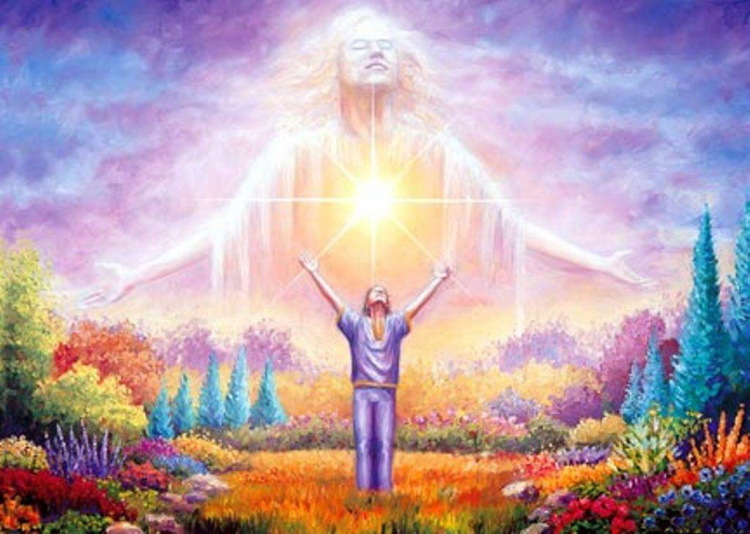 In that case, their “ex-mirror” therefore become a “normal” person for them, and the heaviness, the depth, the attraction and the almost unhealthily draw (because even if the pull is intense the relationship ultimately led to a feeling of incompleteness of the Self) fades.

Higher selves are right now working behind the scenes to land new connections, new Sacred Unions down the Earth.

New Mirrors are offered when the previous ones can’t Mirror Back to you anything that you haven’t healed or worked on yet.

New mirrors and contracts are presented when the previous ones have taught all they could, when lessons are learned, healed and the Karma is dissolved.

When two souls have nothing to learn anymore at a soul level together, the energetic bond dissolves in order to clear space for them both to find a new partner or teacher aligned with the Soul Class that they now desire to attend.

The Divine Feminine has recently learned to rise alone through difficult, karmic partnerships often times described as Twin Flames – while the Divine Masculine, meaning their counterparts have learned in the meantime to be honest, true to themselves, and to let the Feminine go if they can’t offer them what she needs, wants and deserves based on the depth, authenticity and inner power that she has developed.

In the higher realms, Sacred Partners are shaking hands while the one that’s Leaving your personal growth history is handing over to the one that Follows.

Know that outgrown Soul Contracts are currently dissolving – because when lessons are learned a given soul graduates, passes the final tests and is eventually received in a new class.

This is the next handover that life had planned for you, a long time ago.

Congratulations. You have done the work. And Life is about to meet you exactly where you stand now, offering a brand-new physical mirror to ride the Sacred Path with. Trust.

Well, I am one that could n't care less about that.

Like you, I believe that if there is a twin flame, like twins, we are always a unity no matter where we are.

And certainly, most people do not unite with twin flames, but with "karmic" flames.

The experiences that we have needed mostly are those of learning from one another, and we learn nothing from those that are exactly like us.

Souls are all alike, and thus need not mirroring.

At the Soul level we are all one.

But we have not reached that level yet.

What they call Twin Flames, continues to be part of the Illusion of this life, and thus, willful thinking.

We can have no twin flames at the Soul level either, because at that level we are all but One.

But yes, women have been successfully trying to be on a par with their males counterpart.

However, I am not all for this feminist movement, either.

We were created male and female for a reason, not to be the same , but to compliment one another.

Men do not bear children and they are are not meant to raise them, even though some do a better job of it than most mother do.

We are magnetic and they are electric.

Magnetism attracts electrical forces and that is the way is meant to be.

We are meant to have a magnetic role in life and bring to ourselves what we need without having to go out and bring it to us, by our mere being, and men are supposed to work for what they need.

In an ideal World, that is the way that it was meant to be and we have taken both roles in different incarnations, so that we can experience it all.

I am aware of all of that, yet, it is not that people are Soul mates, it is that every time that we interact with others in any incarnation, we become entangled.

And we recognize the Souls of those with whom we have been entangled before and continue to be for ever more.

Yet, at the basic level, way beyond all these reincarnation stuff, we are all but one Soul.

I feel connected to everyone I ever meet, could it be that I have reincarnated so much that I recognize all Souls?

You see, in either case, at a certain level, we know we are the same.

No matter how different we may appear, yet we are all made up of the same stuff.

Yes, we all men and women alike, like to find that other person with whom we could entangle completely.

Is a human thing, because we know we are all the One.

God did not created us, we created God, so that we could feel that there was someone in our side and powerful enough to achieve for us what we are not yet capable of chieving for ourselves.

Oh, dear SL, I have remembered so many incarnations that I know I have not only been in this planet for a long time, but also I have memories of other planets.

In reality, we create our own reality by the way we are capable of recognize that we are the center of our own being and that the answers are all within ourselves.

We are both the creator and the created.

But until we recognize this, we stumbled in the dark.

Permalink Reply by Carmen Elsa Irarragorri Wyland on January 11, 2019 at 11:37am