The Radical Pantheist: The Highest High (Marijuana in Religion) 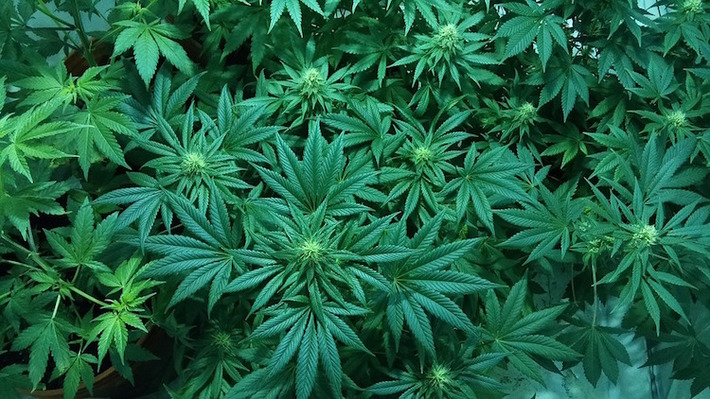 When people think of weed in a religious context, many might focus on modern Rastafarianism in Jamacia, sometimes reducing the religion to simplistic stereotypes. Consumption of cannabis is an integral part of the religion that is used to connect to the wisdom of Jah (God) and the self, according to jamacians.com. Still, Rastafarianism is much deeper than cannabis usage and is not the only religion that sanctifies the drug. Cannabis has been used in spiritual practices around the world for thousands of years.

Sara Dilley in an article on Leafly describes some of the ways the drug has been used in differing societies. According to the article, cannabis was first used by an elite class of Taoist Shamans in China, at least until the country became Confucist in 200 C.E.

Dilley’s piece continues to explain that the magical plant also holds a place in Hinduism, where multiple sacred stories depict cannabis as a creation of the gods and practitioners partake in and offer cannabis to the gods. The drug is sacred in Tibet too, according to Dilley, who wrote that Mahayana Buddhists partook of the herb, which is believed by some to have been used by Buddha, to aid in meditation. Even ancient Greeks used the herb in ritual and to ward off evil spirits, sometimes burning it in the rooms of their children.

A a Cannabis Digest article claims that evidence suggests that Native Americans were using cannabis over a thousand years before people in Asia. In the passionate piece, author Allister Greene describes the many ways in which some tribes used the herb including cooking and making smoke blends for ritual, meditation, medicine and prayer.

For his Viceland documentary series, WEEDIQUETTE, Krishna Andavolu explores how Cannabis is being used in mainstream Christianity, first by pointing out that many people put weed usage in a false binary- either medical or recreational. Andavolu argues that this narrative ignores the multiple ways that weed has been and is being used spiritually.

He then interviews members of a stoner Bible study group who express they enjoy the experience because of its lack of judgment and structure and the ability to have meaningful conversations while in an elevated state of mind.

Entirely knew religions have been formed around weed. Elevationism is one such religion, comprised of the belief that cannabis use can help facilitate one’s personal spiritual journey. Although some Elevationists live elsewhere, many practice their religion at the International Church of Cannabis in Denver, Colorado, the inside of which is undoubtedly one of the most colorful rooms known to humankind.

The church’s website describes its mission as one to create a sacred space for people of all religious and cultural background to join together in the presence of cannabis and without a strict authoritarian structure or a set of universal rules.

A common theme amongst varying religions’ relation to cannabis is the idea that it can be used to enter altered states, places where humanity connects with and learns from the divine.

In a piece for Conscious Lifestyle Mag, Stephen Gray discusses the spiritual effects of cannabis.

Gray believes that cannabis has a clarifying and amplifying effect when used in mindfulness meditation and ceremonies. He continues to explain that the dosage and strain make a significant difference in the experience. You don’t want a strain that will make you sleepy or make you lose focus during a meditation session, so it’s important to do the research beforehand.

“With eyes closed, both feel and imagine the breath coming in and moving through your whole body. You feel or imagine it flowing up into the head, down into the arms, the torso, the legs, and right down to the feet and toes. The inhalation can be felt as a loosening and expansion, like a balloon or tire inflating. The exhalation can be experienced as a slow deflation, keeping your attention on it right to the end before inviting the next inhalation.”

In an article on Broadly, Sarah Lyons delves into some of the historical spiritual usages of the plant. Lyons wonders why using weed in witchcraft isn’t more commonly talked about and theorizes that it’s because cannabis and psychedelics are illegal and controversial, making it hard to talk about them in print and sometimes impossible to encourage in print.

Lyons also closes with a simple breathing meditation, using one she received from Melissa Madara, a Brooklyn witch who co-owns Catland Books.

“You should lie on your back, focus on your deep breathing, and push your mind’s eye deep, deep into your body,” she says. “Each new breath brings in fresh air, white light, and healing energy, and each exhale expels tension, old emotions, and stress from the body.”

A detailed piece on Luna Luna Magazine online describes a ritual that can be used with cannabis. Moxie McMurder explains in the piece that the first step in a weed ritual is to grind the weed with purpose. McMurder offers a mantra to help focus the intention and and explains that words related to the desired outcome should be written mindfully on the blunt or joint paper. Next, the joint is packed while using mantras and visualizations to help direct energy. The joint is then lit with a candle that color matches the intent. After that, the joint is smoked using mindfulness, visualization, mantras, intention, or other techniques, to direct energy. McMurder recommends ending the ritual by dropping the roach in a bowl of saltwater.

In regards to cannabis and its intersection with religion, I recommend you do what feels right for you. There are endless ways that weed has been used and will be used for spiritual purposes. Cannabis is a cord that bonds people from across the globe by allowing several cultures to reap its spiritual benefits in their own unique way. In that way, cannabis is undeniably divine.

As congregations dwindle, a new religion is lighting up Denver, Colorado. Aaron Millar joins the ‘elevationists’ of the International Church of Cannabis who worship the weed

Holy smoke! The church of cannabis 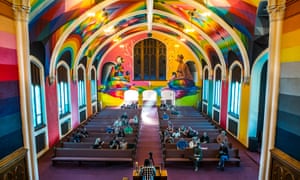 I think I have heard of this!

Permalink Reply by MARGARIDA MARIA MADRUGA on September 20, 2018 at 9:41am

Glad you liked the article my friend :)

The use of marihuana in modern Wicca Goes back to Gerald Gardner's original coven. It is specifically mentioned as part of the Incense formula in Gardner's book of Shadows. Dr Miranda Aldouse Green in her book "Ceasar's Druids" provides archaeological evidence for its use by the Druids. It is also worthy of note that in the Thirnteenth Century CE mariuana was the major cash crop of Benedictine monasteries in Scottland! For rope making only as the pious tell us!

The original Flying ointment formulation in Gardner's Book of Shadows also used marijuana in its formulation.

I admit to knowing little about Gardner so thank you for the additional information.  You always add something I didn't know!