The Significance of the Sacred Seal of Solomon and its Symbols

The Seal from God

One source in which the Seal of Solomon is mentioned is the Testament of Solomon . This is a “Pseudepigraphic treatise on the forms and activities of demons and the charms effective against them.” It has been claimed that this text was written by Solomon himself, and provides account of certain experiences that the king had during the building of the Temple. 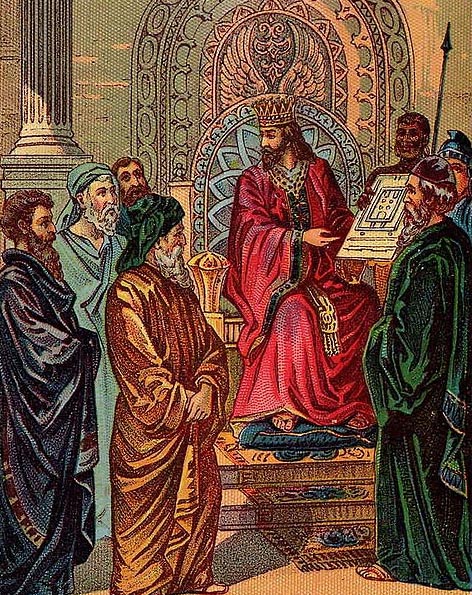 Solomon and the plan for the First Temple, illustration from a Bible card published by the Providence Lithograph Co. ( Public Domain )

Around the beginning of the Testament, the author provides a story to explain how Solomon received his Seal from God. In this story, Solomon notices that the young son of his master workman was growing thinner each day, despite being given double wages and a double supply of food. When the child was questioned, he told the king that a demon had been harassing him every day after sunset,

“I pray thee, O king. Listen to what has befallen all that thy child hath. After we are all released from our work on the Temple of God, after sunset, when I lie down to rest, one of the evil demons comes and takes away from me one half of my pay and one half of my food. Then he also takes hold of my right hand and sucks my thumb. And lo, my soul is oppressed, and so my body waxes thinner every day.”

Solomon then prayed to God for help, who answered the king’s prayers by sending him a magic signet ring which had an engraving of a pentagram on its seal,

“And it came about through my prayer that grace was given to me from the Lord Sabaoth by Michael his archangel. [He brought me] a little ring, having a seal consisting of an engraved stone, and said to me: "Take, O Solomon, king, son of David, the gift which the Lord God has sent thee, the highest Sabaoth. With it thou shalt lock up all demons of the earth, male and female; and with their help thou shalt build up Jerusalem. [But] thou [must] wear this seal of God. And this engraving of the seal of the ring sent thee is a Pentalpha.” 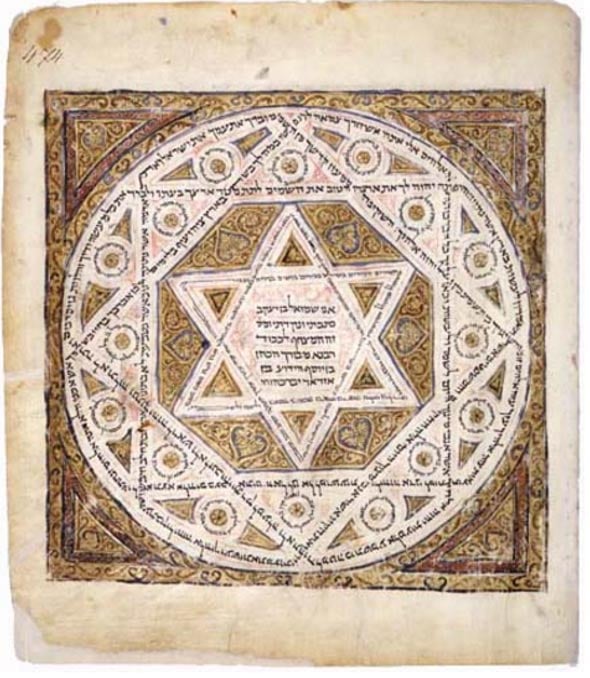 The Star of David in the oldest surviving complete copy of the Masoretic text, the Leningrad Codex, dated 1008. ( Public Domain )

Using this ring, Solomon began to bring demons under his control, beginning with Ornias, the demon who had been tormenting the son of Solomon’s master workman. By questioning the demons whom he summoned, Solomon was able to learn their names, how they persecuted human beings, and how they could be countered. Additionally, the king was able to make these demons work for him. For example, Solomon commanded the demon Asmodeus to help with the construction the Temple,

“As the Lord God of my fathers liveth, I will lay iron on thee to wear. But thou shalt also make the clay for the entire construction of the Temple, treading it down with thy feet.”

Russian icon of King Solomon. He is depicted holding a model of the Temple (18th century, iconostasis of Kizhi monastery, Russia). ( Public Domain )

Once the construction of the Temple was finished, Solomon had the demons imprisoned in bottles. These bottles were said to have been buried under the monument that the demons helped build. In one story, the demons were released when Nebuchadnezzar captured Jerusalem. When the Temple was destroyed, the Babylonians found the bottles buried by Solomon. Thinking that they contained gold, the soldiers opened the bottles, thus releasing the demons back into world.

Another story, found in the famous One Thousand and One Nights , tells of a fisherman who found one of Solomon’s trapped demons (referred to as a genie in the tale). This was a small copper vessel which had a leaden seal on it. This seal, which is the Seal of Solomon, is described as having “the great name of God engrave on it”. 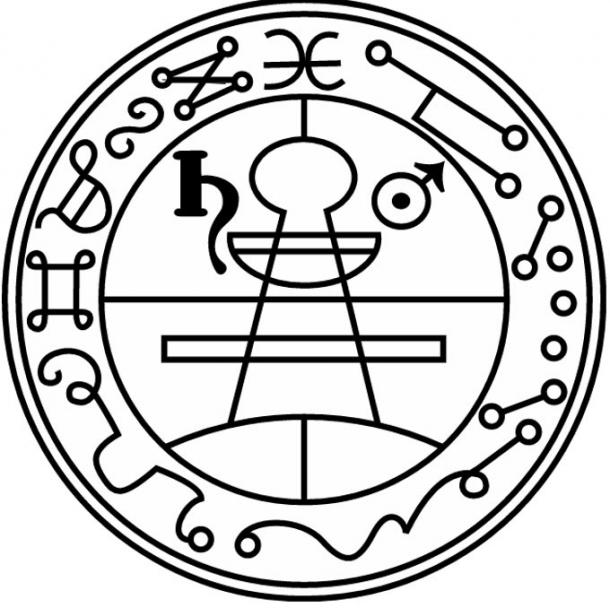 The "Seal of Solomon" in the 17th-century grimoire The Lesser Key of Solomon. ( Public Domain )

Apart from such purported mystical qualities, the Seal of Solomon possesses symbolic values as well. For example, the base of the seal is shown to touch the ground, whilst its tip reaches the heavens, thus symbolizing a harmony of opposites. An example of this harmony can be seen in the statement that the Seal of Solomon “symbolizes the link between science, beauty and metaphysics, with elements of medicine and magic, astronomy and astrology”.