A clump of Elvis Presley's hair sold for $15,000 Sunday at a Chicago auction. And just 12 strands of Michael Jackson's coif went for $2,000 Saturday in London. Host Guy Raz catches up with the man connected to both of these sales, John Reznikoff, who has a massive collection of celebrity hair, ranging from George Washington to Marilyn Monroe. And yes, he admits, people have called him creepy.

Welcome back to ALL THINGS CONSIDERED from NPR News. I'm Guy Raz. Today in Chicago, a small clump of Elvis Presley's hair was sold at auction for $15,000. Let me repeat that. Somebody paid $15,000 for a patch of Elvis' hair. And yesterday in London, 12 single strands of Michael Jackson's hair were purchased for $2,000. Granted, they were pieces of Michael Jackson's singed hair, you know, from that 1984 incident when it caught on fire. Anyway, there's one man who had a hand in both of these hair milestones. His name's John Reznikoff, and he's believed to have the world's largest and most valuable collection of historic human hair. The Michael Jackson hair was from his collection, and he authenticated the Elvis hair. John Reznikoff joins us from Fairfield, Connecticut.

RAZ: So help me figure this out. What is the appeal of collecting hair, human hair?

Mr. REZNIKOFF: It kind of is centered in Victorian tradition. And 100 years ago, if somebody famous came to town, let's say Robert E. Lee, you didn't ask for his autograph like you would a celebrity today, you asked for a little snippet of his hair.

RAZ: And he would let you actually take scissors to his hair and cut it, or he would just pull it out?

Mr. REZNIKOFF: Well, usually, he might be with somebody who might have a knife or scissors and he'd cut a little strand, and that's how a lot of the hair in my collection is preserved, not all, but some of it has a little bit more macabre origins. 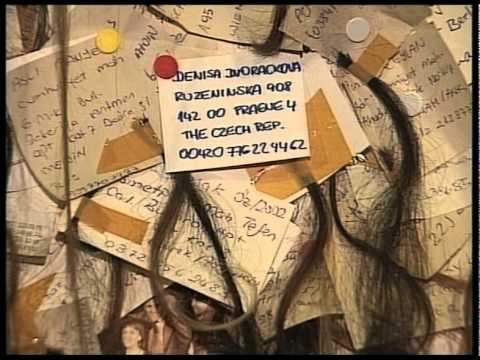 RAZ: I read that in your collection that you have hair samples from Abraham Lincoln as well, Albert Einstein, Marilyn Monroe. How did you get these?

Mr. REZNIKOFF: Well, the Abraham Lincoln hair is one that I'm very proud of. That is the actual lock, and again this is a little bit macabre, it is the lock that cleared the wound the night of the assassination on April 14, 1865, and it was obtained and passed down through the surgeon's hands and his son eventually and held in the family for about 80, 90 years and ended up with me.

RAZ: You also have some older historical figures. You've got Beethoven, I understand.

Mr. REZNIKOFF: I do.

RAZ: Eva Braun? This is a new acquisition.

Mr. REZNIKOFF: Yes. For a long time, I didn't want to collect any bad people's hair. I wanted only people who positively affected history. And I think it was a little bit sour grapes because I was trying to buy a John Wilkes Booth lock of hair, and we couldn't get together on price, and I decided at that point that - and it was, I guess, self-serving that I wasn't going to collect bad people - and that very lock of hair made its way to me about six or seven years later. And then I said, well, you know, maybe I will collect some people who didn't exactly make the best impressions on history as well. Just a few.

RAZ: So what do you say to people when they, you know, when they say this is a little weird. 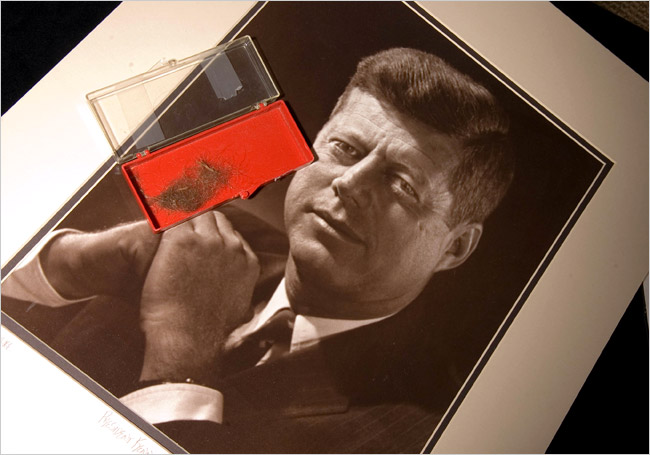 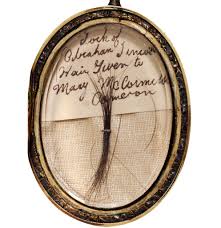 Mr. REZNIKOFF: See, I am an autograph and document dealer by trade. That's what I do, and this is kind of a sideline. And we're a society of hero-worshippers. We always want to be close to somebody who we admired or who we think about or who is important historically, and we're trophy collectors is what we are.

So when you frame it in that way, it's not that strange.

RAZ: Has anybody asked you if one day, you could take the DNA samples from that hair and, you know, you never know, right? The possibilities are endless, if you think in science fiction terms.

Mr. REZNIKOFF: Right. We're thinking alike, Guy, because I've got to tell you that I've often referred to this as the Jurassic Park mentality. Could you imagine having a dinner party with all the great luminaries in history because you can take their DNA and clone it? I mean, what has happened in the last 10 years is pretty amazing. Do I realistically think this is going to happen in my lifetime? No.

RAZ: But if it did, you can imagine that a lot of those people would come screaming at you, saying hey, what are you doing with my hair? RAZ: John Reznikoff is a collector of celebrity hair. He joined us from Fairfield, Connecticut.

Mr. Reznikoff, thank you so much.

Mr. REZNIKOFF: You're quite welcome. 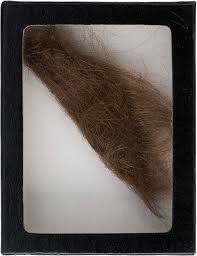 thescoopblog.dallasnews.com3082 × 4000Search by image
This image courtesy of Heritage Auctions, HA.com, shows a lock of ex-Beatle John Lennon's hair which sold in auction for $35,000 on Feb. 20 in Dallas.