5 things Leonardo da Vinci invented that we still use today

5 things Leonardo da Vinci invented that we still use today. 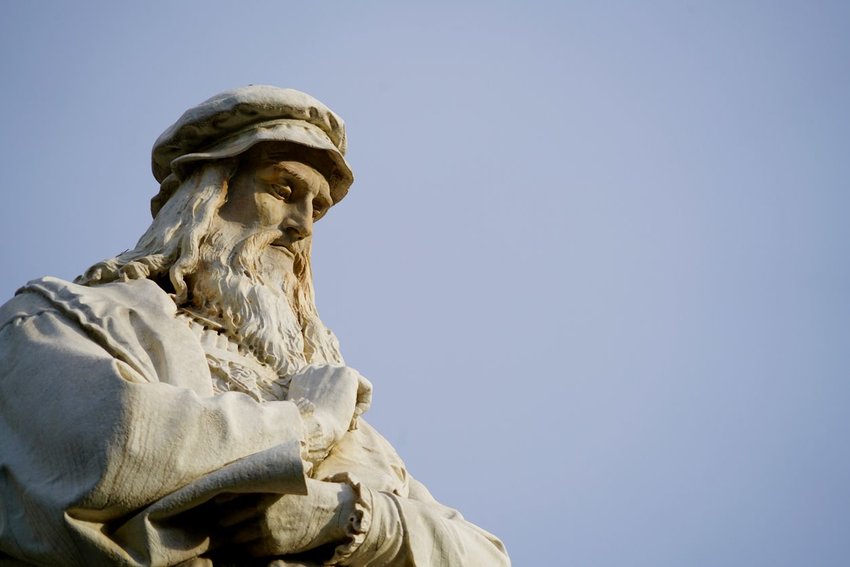 While many of da Vinci’s creations weren’t fully realized during his lifetime, many of his concepts and inventions were spot on and are credited with leading to the creation of products that are still used today. If you have a crazy idea for an invention, write it down! It might just be the toast of the town a few centuries down the line.

Leonardo da Vinci was the ultimate Renaissance man. That’s true in the literal sense, because da Vinci did, in fact, live and create during the Renaissance.

But it’s true figuratively as well. He achieved so much and across such a wide variety of disciplines that it boggles the mind.

As if painting the “Mona Lisa” and “The Last Supper” weren’t enough, Leonardo da Vinci is also credited with dreaming up plenty of inventions, some of which have been in active use for centuries.

Here are just five of da Vinci’s inventions that we still use today. 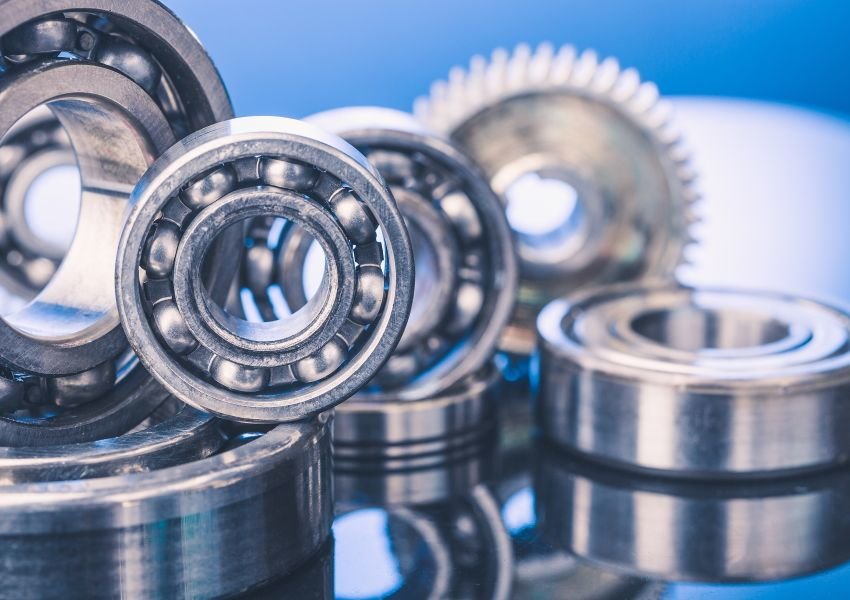 A ball bearing is positioned between a wheel and a fixed axle to help separate the moving and stationary parts and reduce friction. While a ball bearing might not be a super exotic invention, it sure is a useful one. Ball bearings allow for smooth movement of all sorts of mechanical devices by reducing the friction between surfaces.

We take it for granted today, but without this da Vinci creation, our machines would never have evolved to what they are today. 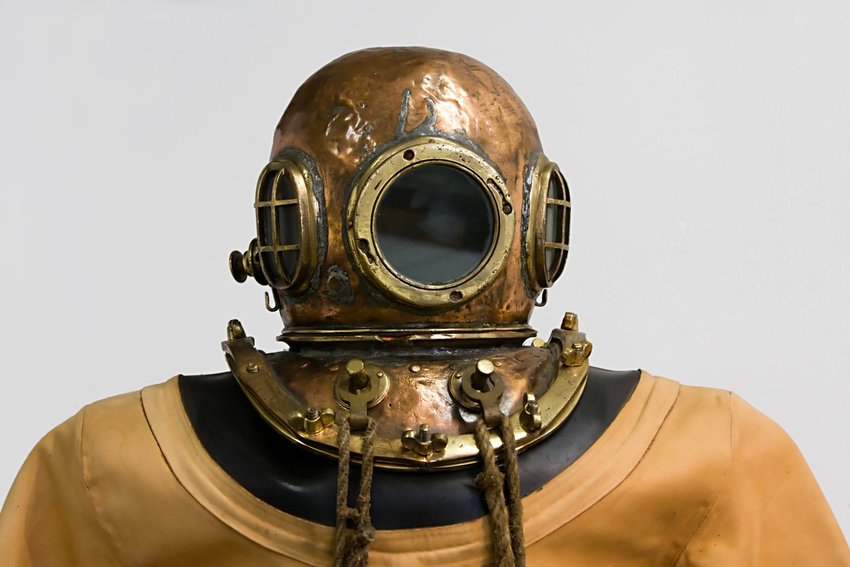 Da Vinci didn’t just embrace different artistic disciplines, but different elements, too. In addition to creating designs for flying machines and parachutes, da Vinci also came up with a design for a suit to be worn by soldiers planning stealthy attacks on enemy ships.

His design was for a suit made of leather with a bag-like mask to be worn over a diver’s head and face. Two tubes were attached to the nostrils at one end and to a floating diving bell above surface to let air in.

The mask also had a balloon that could either inflate or deflate, so divers could sink or rise on command. While the design didn’t become well-known until after da Vinci's death, today’s diving suits bear more than a passing resemblance to da Vinci’s design. 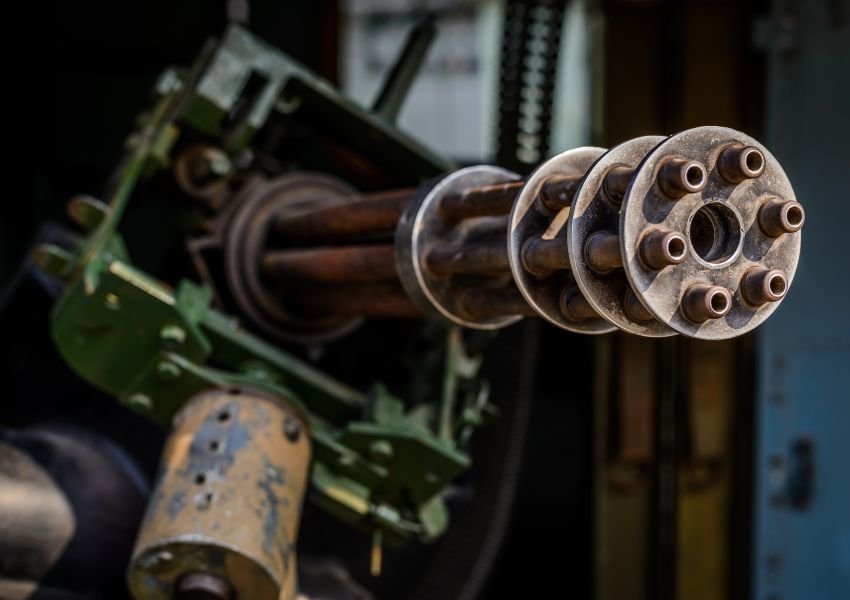 Believe it or not, the painter of the famed “Mona Lisa” also designed an early version of the machine gun. Da Vinci was obsessed with making modern warfare more efficient, and among his many designs was one for a cannon with multiple barrels that rotated so that it could fire one load while another was being loaded.

Many see this design of a portable, fast and lightweight weapon as the earliest version of the machine gun. 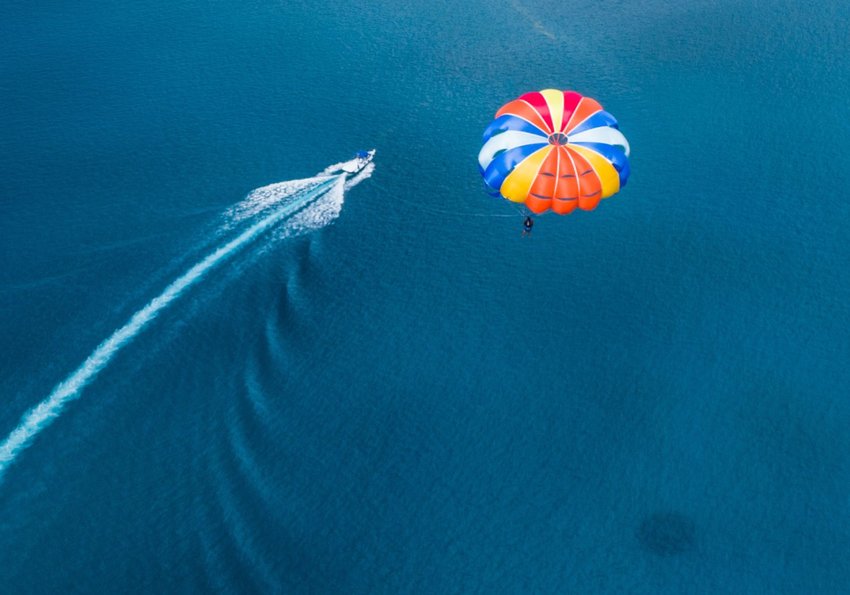 True, the parachute as we know it today is largely credited to Sebastien Lenormand’s 1783 creation. However, Leonardo da Vinci came up with the idea a couple centuries earlier.

On his sketch, he noted: "If a man have a tent made of linen of which the apertures [openings] have all been stopped up, and it be twelve braccia [about 23 feet] across and twelve in depth, he will be able to throw himself down from any great height without suffering any injury." Sounds like a parachute to us!

Of course, da Vinci’s design had issues. For one, it was made with linen on a wood frame, and the weight of that wood could have been an impediment to a smooth descent. 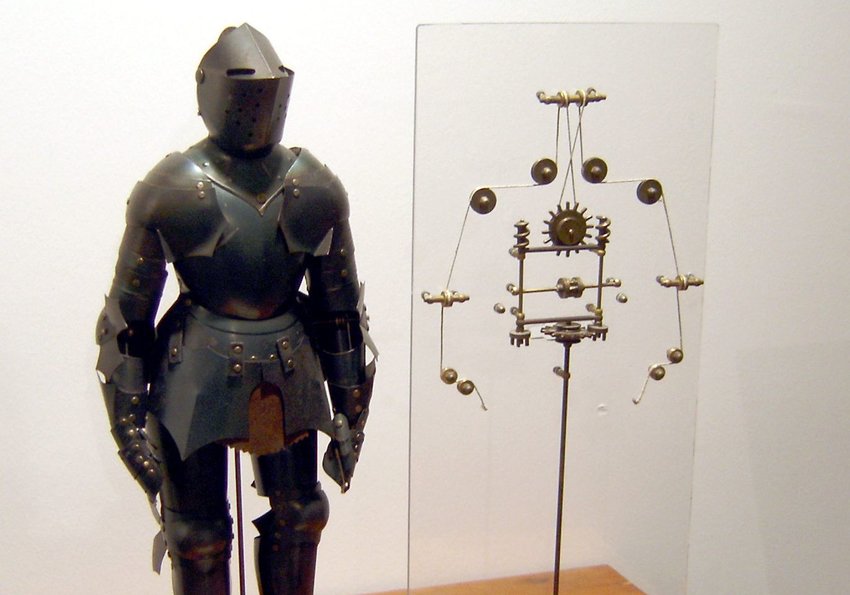 While it would be hundreds of years before robots hit the mass market, Leonardo da Vinci is said to have made a beta version as early as the 1490s.

Da Vinci created a robotic knight that was operated by levers and pulleys and mimicked human movement, which was undoubtedly a huge hit at the Milan celebration where it was unveiled.

While many of da Vinci’s creations weren’t fully realized during his lifetime, many of his concepts and inventions were spot on and are credited with leading to the creation of products that are still used today. If you have a crazy idea for an invention, write it down! It might just be the toast of the town a few centuries down the line.

The most fascinating human being.

Yes, he was one of them!

Okay, some of those I didn't know, like the machine gun.

Yes, Linda, we do not know all he did and even what he tried to do without success, because he was trying to create an airplane, but was never able to complete it.