Life is a path; Death a destination.

Reincarnation is the religious or philosophical concept that the soul or spirit, after biological death, begins a new life in a new body that may be human, animal or spiritual depending on the moral quality of the previous life's actions. Hail Lady Death: Death Goddesses From Around The World

Death goddesses seem to be more prominent lately.  Everyone I know worships at least one of them, if not two.  Maybe it’s a…Continue

Gharveyn's Experiences With DeathWelcome to some of our experiences with death.Death comes to each person not once in a lifetime, but many times, countless times, but it seems as if few people become aware of this.Each time we have died we have…Continue

How Humans Have Embraced Life, With Images of Death

WHAT HAPPENS AFTER YOU DIE? THE BRAIN KEEPS WORKING LONG ENOUGH FOR THOUGHTS TO FORM

A History of Moharram & Other Rituals of Death in Iran

By: Massoume Price, December 2001Life after death has been a major theme with all the religions and the passage from this life into the other has been dealt with in a variety of ways, depending on the particular belief system. The major religions of…Continue

17-year-old Indian boy recently woke up while on the way to his OWN funeral. Kumar Marewad had fallen ill after he was bitten by a stray dog. With his condition deteriorating rapidly, he was quickly taken to hospital in a critical condition. From…Continue

You need to be an initiate of Death, Dying and Reincarnation to add comments!

Beliefs are the creators of our own reality, but no one can convince anyone else to change their belief system.

We do it ourselves through our own experiences.

And we are entitled to do that, and that is why it works for us.

Oh, Anton, I am not trying to improve you, far from it, I am only answering some of your questions!

It is not of my business how you perceive the World.

I am only answering what my own perceptions tell me.

This is philosophying, and philosophy has never resolved any problem...

So why we do not leave it at that, and go do something else?

They do it all the time, through their bodies.

But, just like Artificial Intelligence, the essence created the body to manifest in an outward perceived World.

There are people whose perception go beyond the outwardly senses.

What else can I tell you...

You have your own ideas and your own perceptions.

I have mine and language is a very tricky thing, created just like Artificial Intelligence.

For our own convienence, but not very precise when speaking about more than one dimension.

I do not amorphosize essence, either.

Essence to me is the real thing.

Morph is just the illusion.

When I go within, I find my Real Self, and from that perspective, my appearance has nothing to do with the real me.

Plus I know my multiplicity, then and the essence of my being, which never dies.

Death of a body is a long process, some take longer to dissolve than others, but since I cling to life, I know it has already separated from it, and it dissolves as time goes.

And there is life within a dead body, also, many things form it and within a body there is much life thriving, even a dead one.

But since the purpose of the body has ended, my concern is not there.

I am talking about the illusion of considering ourselves to be the body.

It remains after death or separation from its original intent, therefore, there is no death, either, in the sense of the body, it is decaying, but not death.

Yes, you are right, so why ask me?

I consider the name to be as irrelevant as the body, however they both exist.

We all know that there are things that are not going to last, and is up to us to use them as our point of reference for any purpose we might have in life.

I am trying to integrate all my experiences, past, present or future in this now moment, and these are my temporary conclusions.

Therefore, different points of view and reference, but what is is regardless of errors in perception.

Have it any way you want it.

Yes, Anton, my best friend died an we are still in touch, and like my friend, I am still in touch with my departed mother, not my father, because he had somewhere else to go.

The body is in a process of decomposing itself, even while people are alive, after the age of 25.

But we are not the body, that is the Illusion, the belief that we are the body. The body is an instrument given to us so that we can perform in this illusionary world but in the world of reality, death does not exist.

We live, we so called die here in this plane, we come back by means of another body, we die, again, but in reality, we never die.

And many forget and learn nothing from their past or parallel lives, but many remember.

I have remembered many of them, I am integrating them into a whole.

But I am  only telling this because you asked, of which I am happy you did.

However, I am not trying to convince you of anything, you have to have your own experiences.

Slowly along the paths of life, we learn whatever we need to learn, no matter how many times we need to reincarnate.

We need to rise above death, the Illusion of Death, and return to our Eternal beingness and life.

It was nothing but a dream, sometimes a wonderful one, sometimes a nightmare, but it filled our hearts with unknown emotions, till them...

Now we can retire with love in our hands and gratefulness in our hearts. 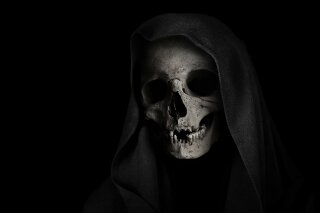