I was wondering if anyone this group know about shadow walkers

What are Shadow People?

I don't have any 'real' experience with them, but I did post a discussion awhile back. I hope it helps.

The Shadow-Walkers are a race that surfaced during the Age of a Thousand Magicks. Many believe they were actually a magical creation from that time. There are even those who suspect that they are a magical mutation of an elf due to their general size and their pointed ears. However, there is little basis for this rumor other than a couple of physical characteristics and a passage from the book known as the Black Chronicles (see the section about the Three Sister Temple and the NPC Elra for more details about the Black Chronicles).

Shadow-Walkers are born with dark grey skin. As they grow older, usually within a few months, they begin to form black lines across their body. These marks grow in size and numbers as they grow older. By the age of one, these markings will usually cover 50% of its body. The markings form various designs and patterns. They often appear as tattoos but are really just a natural occurrence and discoloration of their flesh. These markings are completely random but will not form some type of picture. The shapes and patterns typically vary from Shadow-Walker to Shadow-Walker.

They have a very short life span, only about ten years if they are not killed first, and are capable of reproducing asexually after the age of five. When it dies, a newborn Shadow-Walker is instinctively born from the corpse, even if it was an unexpected death. The newborn will reach full maturity by the age of one and instinctively knows how to use their natural talents with no form of training. Each Shadow-Walker is capable of having only one child in this way. It is not believed that they can reproduce in any other way. This means that the race is slowly dying off every time one dies before reaching the age of five.

The Shadow-Walkers have a language of clicks that only other Shadow-Walkers can understand. Those under a magic spell or with some type of psionic ability that allows them to understand all languages can also comprehend it. Though Shadow-Walkers are capable of understanding Elven and Demon tongues, they cannot speak it. When communicating with another race, their actions and expressions are the only way they can convey a thought. Fortunately, they rarely have much to say to another race that needs any further elaboration.

They are typically considered a subclass of demons, but in truth, they are just an unusual mortal race that is simply well known for their services to demons. Their natural talents and abilities make them natural spies. Though their talents can make them excellent assassins for mortals, killing a mortal is usually not a major concern for a demon as they have many ways to do such a thing. Their ability to gather information is usually of much greater value.

It is very rare for a Shadow-Walker to serve any master other than a demon. Usually, they will only have one master a lifetime. There have been instances when a Shadow-Walker will leave after an assignment to find a new master, but will always finish the last assignment from their old master first. Under no circumstances will they betray their current master or any previous master. In this way, they have a very limited sense of honor. This loyalty also extends to other Shadow-Walkers, even if the other is loyal to a different master. 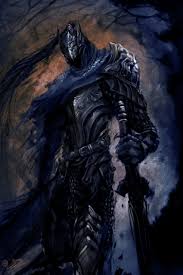 are shadow walkers and shadow people the same thing? As I did have a shadow person in my home a few years back..It was a tall gentleman with the hat and trench coat.When I ran after him he ran off.

Those are from fiction literature. Gaming I believe. I have a ~ companion ~ two actually, but one is a shadow person. He is well over seven foot and has been around ever since I can remember   Other people are aware of him too if they have the ability to 'see'. I don't anymore ( brain tumour years back) but I feel a change in the air when he's around. Sounds mad but it just is what it is. I have seen him on waking..in the dream state, and have walked 'through' him. I'm not comfortable talking about this so not many are aware. He is mine/part of me. Protective but I believe can be very negative if allowed.

Oh sis..please do talk to us...women should always talk..that's what we are meant to do...so very sorry to hear about a tumor..so glad it's gone...

My shadow person was never mean...but I have read stories about insomniacs that have been hurt...I have never been hurt physically by any entity in this home. I was going through alot of negativity and sadness when mine showed up...I haven't seen him since...

I believe that some entities show up and feed on negativity. Or maybe they are just easier to 'see' when fed. Stronger at those times, or maybe we're more able to find them in a low (or highly) emotional state. Not sure.

I had to laugh when you said you chased the gentleman in the hat. I wonder why he ran? Did he have to? Soooooo many questions.

Also, I haven't said much previously, as I don't take it lightly. Certain topics belong here, as I'm not keen on seeing them on a more public forum.

If that makes sense?

I agree...but everything is public here now...I really don't care for that but I understand why it is being done...to draw people in..

Yes, which is why I often delete comments after a little while too. I don't like the public affect in some cases. It takes the sense of privacy away. Everything is sooooo accessible these days, in a way it isn't in real life.