The Two Wolves Story (What it Really Means) 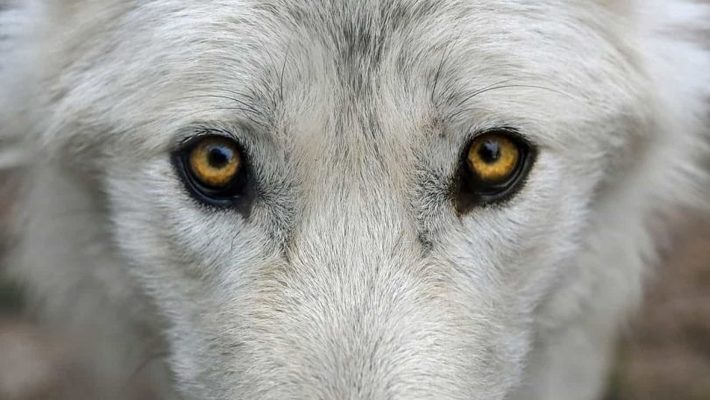 There is an old and wise parable that you may have heard. It goes like this:

One day an old Cherokee man sits down with his grandson to teach him about life.

“A fight is going on inside of me,” he says to the boy. “It’s a terrible fight between two wolves. One is evil – he is full of rage, jealousy, arrogance, greed, sorrow, regret, lies, laziness, and self-pity.”

He continues, “The other is good – he is filled with love, joy, peace, generosity, truth, empathy, courage, humility, and faith. This same fight is going on inside the hearts of everyone, including you.”

The grandson thinks about this for a few minutes, and then asks his grandfather, “Which wolf wins?”

The old Cherokee simply replies, “The one you feed.”

There is Another Version to This Story

There’s another intriguing ending to this two wolves Cherokee story. Here’s how it goes:

The grandson thinks about this for a few minutes, and then asks his grandfather, “Which wolf wins?”

The old Cherokee simply replies, “They both win if you feed them right.”

“You see, if I starve one wolf, the other will become imbalanced with power. If I choose to feed only the light wolf, for example, the shadow one will become ravenous and resentful. He will hide around every corner and wait for my defenses to lower, then attack. He will be filled with hatred and jealousy and will fight the light wolf endlessly.“

“But if I feed both, in the right way, at the right time, they will live side-by-side in harmony. There will be no more inner battle. Instead, there will be inner peace. And when there’s peace, there is wisdom. The goal of life, my son, is to respect this balance of life, for when you live in balance, you can serve the Great Spirit within. When you put an end to the battle inside, you are free.“ The Meaning of the Two Wolves Story

There’s a reason why I like the second version of the two wolves story better: it makes sense. It honors what the Taoists refer to as the yin yang – or the sacred balance of life. The Buddhists also refer to this as the Middle Way (a path that embraces being both human and divine).

That brings us to the essential meaning of the two wolves story: it is a parable that is a teaching, path, and prescription in one. Not only does it teach us about the basic nature of humanity and that peace is within our grasp, but it also prescribes the wisest action and thereby gives us a path to follow.

The answer is to embrace both and seek balance – to feed both wolves within us “in the right way, at the right time.”

Unlike the first version of the story, we are not going to extremes. Instead, we are walking the Middle Way – the path of harmony and therefore peace.

If you really think about it, if the ‘good’ part within us was truly loving, why would it tolerate us ignoring, rejecting, and condemning the ‘bad’ part within us? Wouldn’t it feel compassion for that part and want to help it somehow?

How to Feed Both Wolves Within You

“When you put an end to the battle inside, you are free” we read in the two wolves story.

What benefit is it to be pulled apart internally and constantly at war with oneself? How can we listen to our higher calling when we are stewing in inner turmoil? Why show favoritism to only one side of us, when the other will eventually catch up with us?

To stop this internal war, we need to honor both sides of our nature.

This philosophy is echoed in the profoundly important psychological discovery made by famous Swiss psychiatrist Carl Jung. He proposed that we have numerous sides of our nature and we all possess a dark side known as the Shadow Self.

The Shadow Wolf = the Shadow Self

Everyone carries a shadow, and the less it is embodied in the individual’s conscious life, the blacker and denser it is.

What happens when we repress (or push out of consciousness) something that pisses us off? Eventually, it’s going to come back and bite us on the ass. We all instinctively know this. Think of it like a volcano. The more magma is withheld within the volcano, the more it rises to the surface due to the pressure. Sooner or later it’s going to explode.

The same applies to us humans: we all think, feel, and do things that are either shamed by our parents, rejected by our peers, or condemned by society. These traits get buried away within us to form what we call the Shadow Self. But just because they’re buried away and become unconscious doesn’t mean they totally disappear. In fact, they’re always there looming in the background, waiting to be acknowledged – just like the shadow wolf.

The thing is, we either forget about these buried parts or we actively suppress, reject, deny, and disown them. After all, if these parts of us got us in trouble, made us feel upset, or caused our parents to withdraw their love, why the hell would we want to face them? Isn’t the best thing to continue banishing and even hate them for the pain they create?

The Perils of Avoiding the Shadow Wolf

That’s where the two wolves story comes into the picture to teach us that avoiding our Shadows is not a smart idea. After all: “If I choose to feed only the light wolf … the shadow one will become ravenous and resentful. He will hide around every corner and wait for my defenses to lower, then attack.”

Carl Jung phrases this in another eloquent way:

The brighter the light, the darker the shadow.

In other words, the more attention you lavish on your ‘good’ side, the more your ‘bad’ side is neglected. Your Shadow Self will grow in direct proportion to your lighter brighter side. This is basic physics.

For every action, there is an equal and opposite reaction.

You want to only feed your light wolf? Sure, fine. But just be aware that your shadow wolf is also going to grow. There’s no way of avoiding it.

There are plenty of tragic examples of people in this world who only feed the light wolf within them and ignore their shadow wolf. Think of all the seemingly holy priests who molest children, gurus who get into sex scandals, spiritual teachers who abuse their followers, religious public figures who get caught in big lies, and those who appear to be full of light but actually have a very sadistic dark side.

This is a sad, but honest reality.

So how do we feed both the light and shadow wolf within us?

We need to pay attention to what the two wolves story advises:

to feed both in the right way, at the right time.

Does this mean we should go out and become ax-murderers because our family has angered us to feed the shadow wolf? No, of course not!

Jumping to extremes is not the answer.

Instead, we need to find a way to give equal attention (or ‘food’) to each.

Thankfully, there is a path that helps us to create this balance. It is the path of involution, of inner transformation and inner work. And we can roughly divide this path into two parts: light work and shadow work (although both often overlap).

Light work is learning how to feed our inner light wolf, the part of us that is naturally joyful, hopeful, empathetic, kind, honest, and loving. Light work involves learning how to love yourself and connect with your True Nature (Soul). Practices may include developing intuition, learning self-care, practicing gratitude, using positive affirmations, learning the art of letting go, connecting with spirit guides, healing the body, meditating, and so on.

Shadow work, on the other hand, is learning how to feed our shadow wolf. When we practice shadow work we open ourselves to face, befriend, and integrate the pain (shadows) we find within us. Practices may include exploring negative core beliefs, doing inner child work, doing shamanic soul retrieval, connecting with our inner archetypes/parts, journaling, working through personal and ancestral trauma, processing grief, doing emotional catharsis, and so on.

Practicing both light and shadow work equally will allow you to feed both wolves, thereby creating balance, harmony, peace, joy, and spiritual expansion within your life.

You can click on any one of the links in the previous few paragraphs to get started.

What Are the Origins of This Story?

So, who wrote the two wolves story anyway?

It is difficult to trace back the origins of this story, yet it is often attributed to the Cherokee (Tsalagi) people. This story is sometimes referred to as ‘Which One Do You Feed?’ (1) The Wolves Within, and Grandfather Tells (2).

Unfortunately, it is unlikely that this story truly originated amongst the Native American peoples, but instead was created as a Christian-parable-disguised-as-native-wisdom. Take the Christian evangelists Billy Graham and John R. Bisagno for example. One of them (Bisagno) included this story in his 1965 book The Power of Positive Praying. The other (Graham), narrated it in his 1978 book The Holy Spirit: Activating God’s Power in Your Life.

Some sources, such as writer Linda Caroll, claim that Graham admitted that he fabricated the whole story for a sermon. Originally the story was about the Inuit people, but because he got an outpour of negative backlash from them, he changed the story to include a Cherokee grandfather (knowing they wouldn’t be able to challenge him).

While it’s hard to definitively say what happened, the original emphasis on “good” and “evil” (which is a Christian concept) gives us a very non-Native American vibe. Also, the whole emphasis on white = good and black = evil (which I have removed from the story in this article and replaced with ‘light’ wolf and ‘shadow’ wolf instead) has been thought by some to possess an undercurrent of racism and also Christian dogma. Whether this story is the product of a sermon or a catchy urban legend is hard to say ultimately.

Nevertheless, despite the murky origins of this story, it has clearly evolved with us. In fact, these days, it’s most commonly shared as a meme on social media. Most likely, the second version of this two wolves story is a modern adaptation. But who knows? Perhaps the first version is the newest. Ultimately, however, there’s a reason why it has stuck around for so long: there’s something of deep value within it.

Tell me, what are your thoughts about the two wolves story? What does it mean to you? I’d love to hear below.

I had never heard that it was a christian thing...interesting..