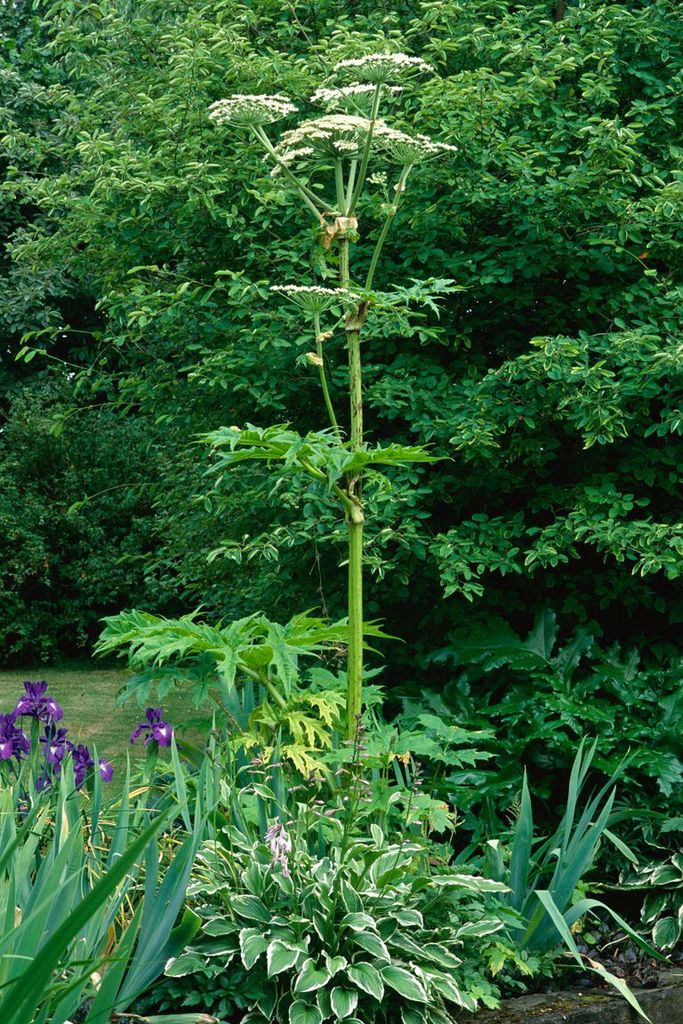 The giant hogweed is a 14 foot tall invasive plant that is covered in toxic sap can cause painful burns, scarring, and possibly even blindness. Now, officials are warning that the plant, which comes from the Caucasus mountain region of Eurasia, has been spotted in Virginia for the first time.

This means that Virginia has joined Maine, Massachusetts, Vermont, Connecticut, New York, Pennsylvania, North Carolina, Michigan, Illinois, Washington, and Oregon as states where this plant has been spotted.

This species was intentionally brought to the United States in the early 1900s by naturalists, since they thought it’s size and large flowers would look pleasing to the eye. However, they did not know that the giant hogweed produces a whopping 20,000 seeds that can fall 30 feet from the plant, making it easy for this plant to spread like wildfire. The main way you can identify giant hogweed is by looking for purple blotches and white hairs on the stem. The giant hogweed typically grows in areas with lots of light and moist soil, as well as partially shaded areas along streams, rivers, and roads as well as in fields, forests, and yards.

The toxic chemical in the giant hogweed is known as furanocoumarins, and it can cause severe burns when exposed to UV light from the sun.

“The more sap you touch, the greater damage it causes,” said Naja Kraus, the New York Department of Environmental Conservation’s Giant Hogweed Program Coordinator. “Once you get it on you, it makes your skin unable to protect itself from the sun.”

“It basically fuses your DNA in that area,” Kraus explained.

manchestereveningnews.co.uk
Toxic hogweed plant found growing in parks leaves youngsters with s...
Four boys and a seven-year-old girl were left with burns after brushing against the plant in parks in Bolton and Salford.

If you come in contact with the giant hogweed, immediately wash the affected area of your skin with soap and water. You also should cover your skin to protect it from the sun for the next few days.

“When it’s blistered, just wearing a long-sleeve shirt isn’t enough,” Kraus says. “You actually have to wrap it with an ace bandage or wear sun-protective clothing. You can’t get any UV rays on it at all.”

Find out more about this in the video below, and SHARE this story so your friends and family can see this as well!