In the world of flower lovers - those who like to grow and cultivate them in their homes or find them in nature, to observe and learn about them - the beauty, grace, and aesthetics of the growing world transcends almost everything else. But like everything in life, beauty is in the eye of the beholder, and there are some special plants and flowers from all over the world, some of which you may find strange, but others with which you will fall in love with at first sight. We've picked some of such extraordinary-looking flowers for you to see to help you discover another side of nature that you may not have necessarily known until today. 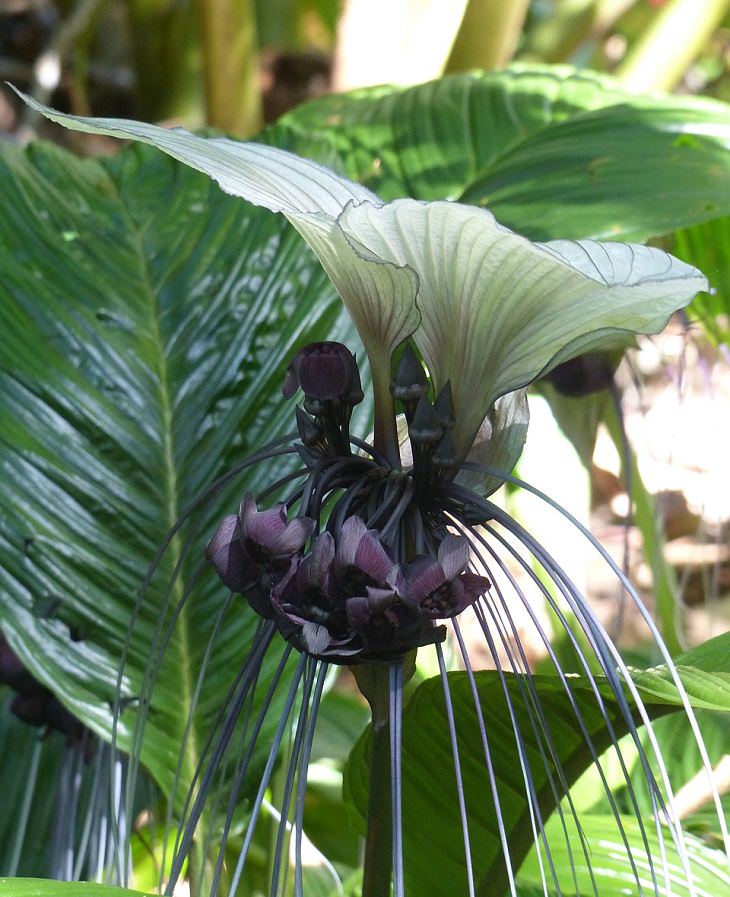 The bat flower is undoubtedly one of the largest and most unique plants in the world. Its small flowers appear in clusters of between 20 and 40 and are reminiscent of the bat's face and ears, hence its name. The plant can reach a height of about 60 to 90 centimeters and originates in the South-East Asian region. Unlike in Western culture, its inhabitants consider the bat to be an animal that brings luck. Therefore, the growth of this flower is, according to local belief, the source of many blessings. 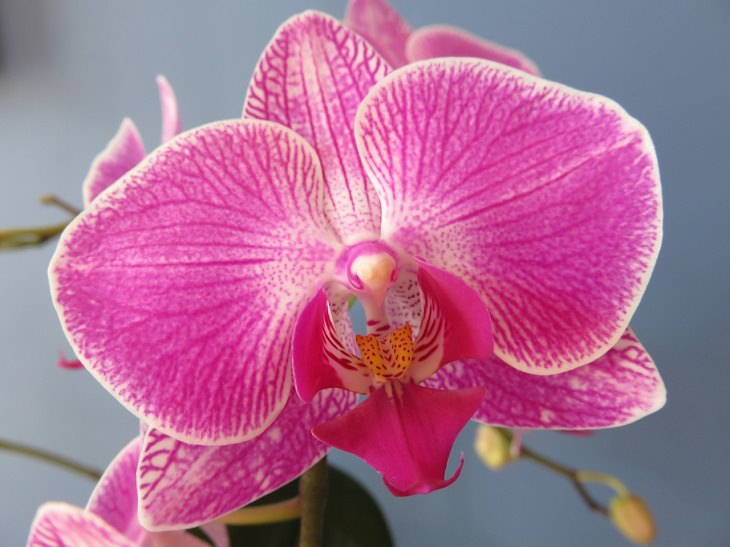 If you didn’t know, there are more than 25,000 different species of orchids in the world, so it is easy to understand why more than a few have made it on to our list of special flowers, the first of which is the butterfly orchid, which received its name because its flower movement is reminiscent of the flight of butterflies. This type of orchid is not rare at all, in fact, it is the most common species of orchids, although its natural growth areas are concentrated in East Asia, the Philippines, and northern Australia. 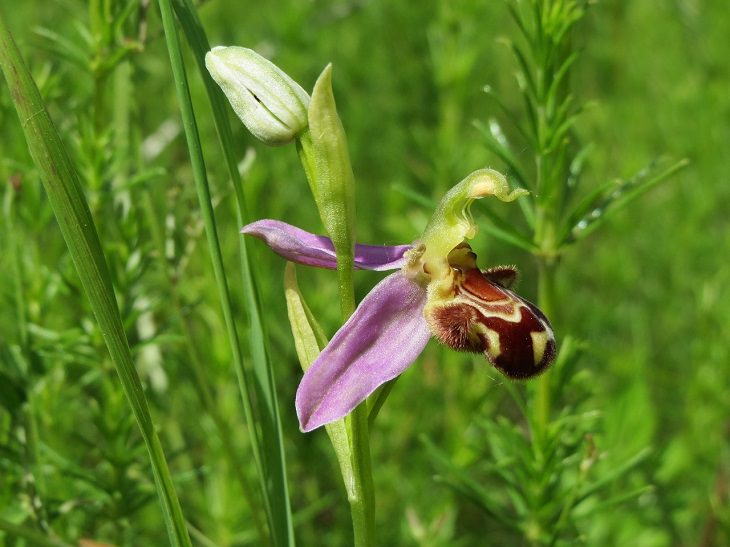 From this flower's cute name, and also from its bright colors, you can already guess what it looks like: buzzing bees, whose black and yellow tones are very precise. This orchid is also common throughout Europe, North Africa, and the Middle East. 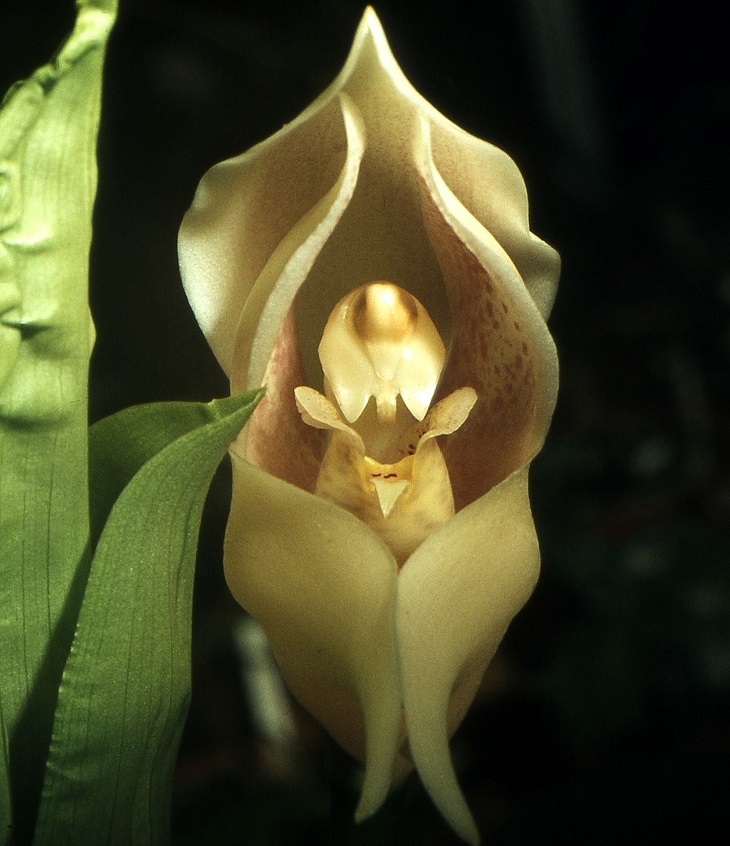 This heart-shaped orchid species was accidentally discovered by a search expedition that went on a trip to the Colombian Andes Ridge around 1777-1788, but it was officially classified as a plant only in 1789. From looking at its picture you can certainly guess where it got its name from, as several times during its flowering it forms into the unique cradle shape that can be seen here. 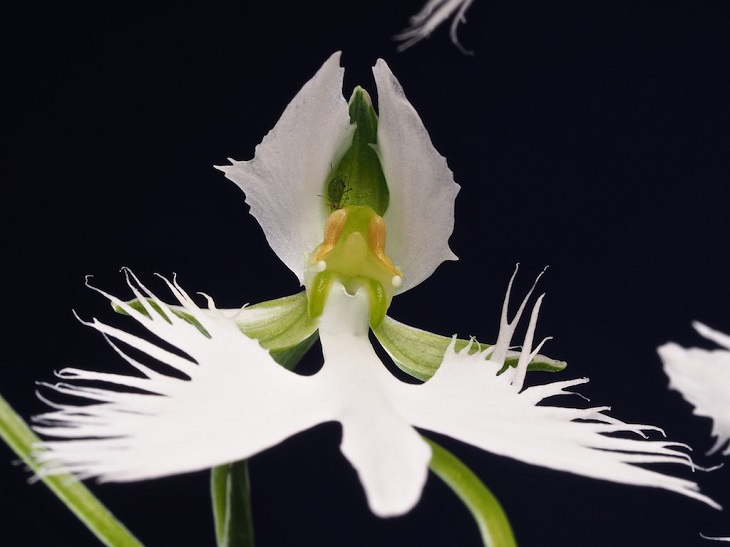 Just like the white egret, a noble and impressive bird, it is hard to remain indifferent to the sight of this beautiful, delicate flower, with its bright white hue. It is one of the most unique orchids in the world and is well known among flower collectors and horticulture enthusiasts. The white egret flower thrives and grows mainly throughout the Asian continent, but also in various parts of the United States. 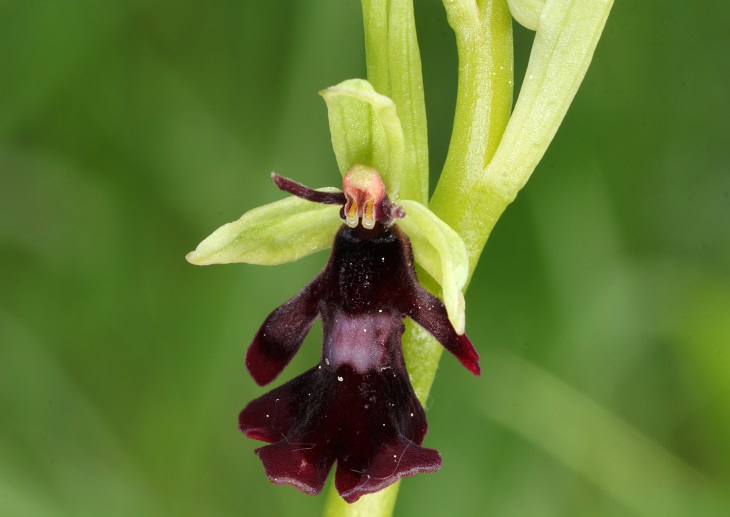 One might think that the fly orchid, which is most common in Europe, was given its name because at the height of its growth when it reaches a length of 28-38 centimeters, its shape resembles a small fly, but this, in fact, is a mistake. The real reason for the name is that it attracts countless flies and insects through its pheromone secretion. 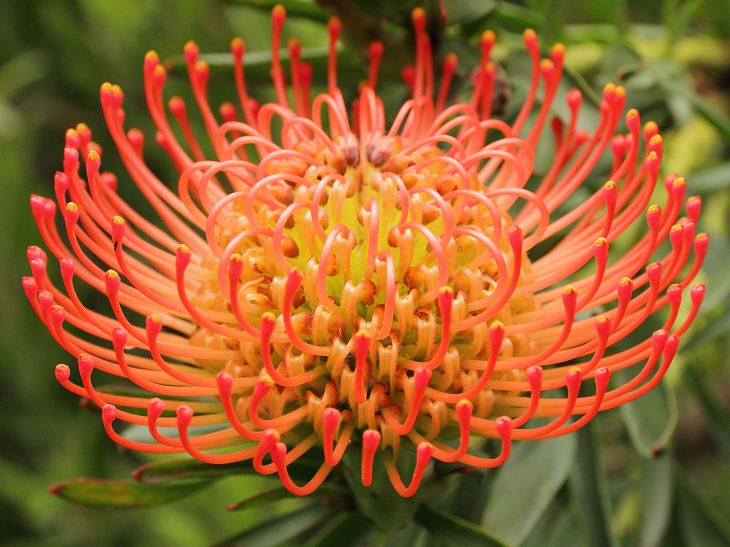 This plant looks more like a plastic toy than a real flower, but it is a real flower and it's quite beautiful as well. The most interesting fact is that it adapts perfectly to difficult climatic conditions that other plants simply can’t adapt to. In fact, the best time to see wheel flowers blossoming is after a fire, when all the flora and fauna around is destroyed and destroyed, and only they grow in all their splendor. 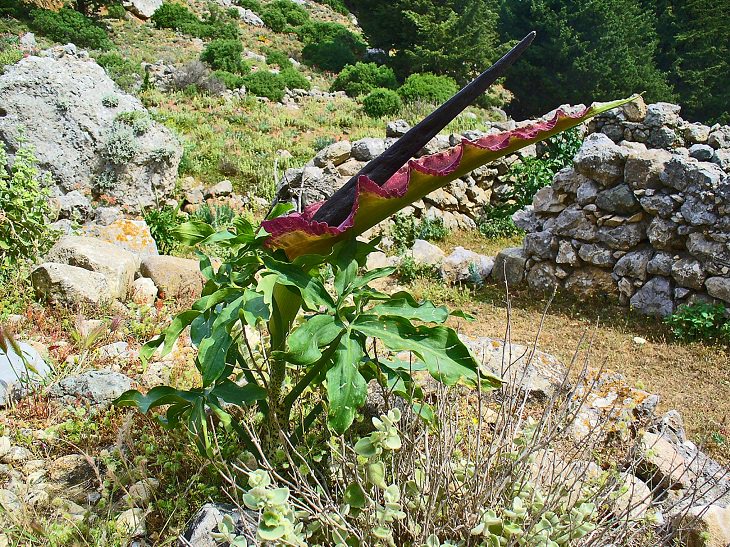 When you see a picture of this strange plant that comes to us from the Balkan region of Europe, it is hard to argue with the fact that it does have a somewhat diabolical appearance, mainly because of its long, pointed flower that blooms only for short periods of 3-4 days. Despite its tropical appearance, the dragon lily is a fairly strong plant that can survive in most of the climatic conditions in our world. 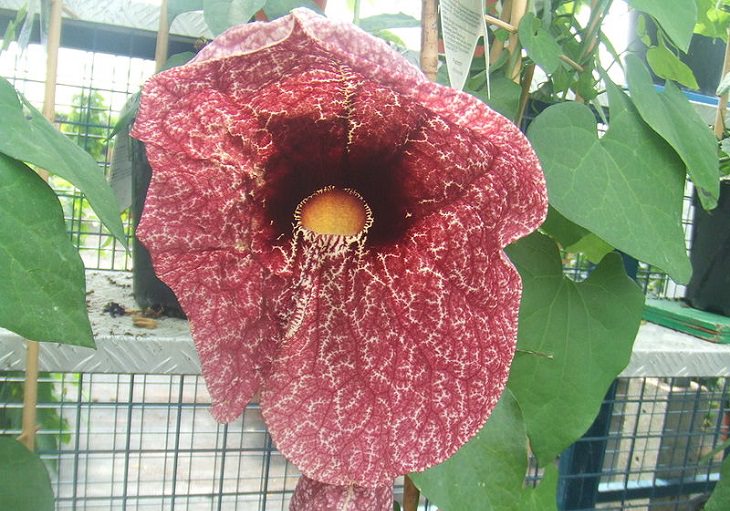 This plant, which grows in the forests of Brazil, received its name in light of its resemblance to a smoking pipe. However, the smell of the plant does not resemble the smell of sweet smoke emitted by pipes ... It actually has a very unpleasant smell, which makes this plant not recommended for home growing in any form. 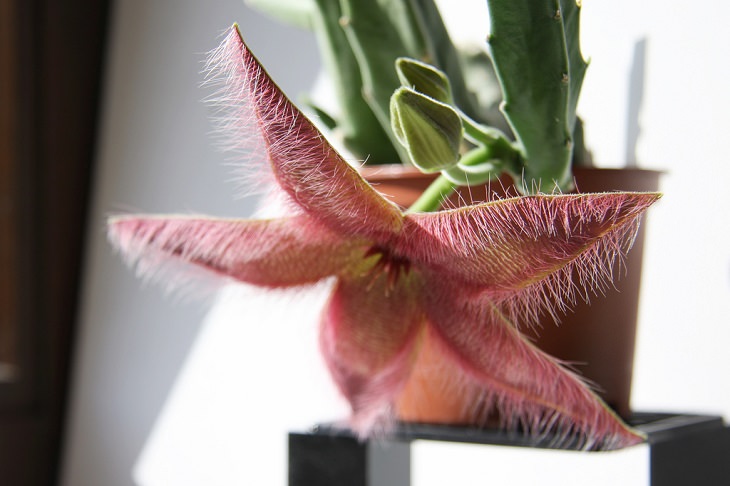 Although this special flower is very sought after by flower collectors and gardening enthusiasts because of its amazing appearance and its large fluffy flowers - if you decide to grow it in your garden, you should keep it as far away as possible from your home. Why, you ask? Because the very peculiar and unpleasant smell that the flower emits will keep all living creatures from your home, including yourself...

King in his carriage (Drakaea Glyptodon) 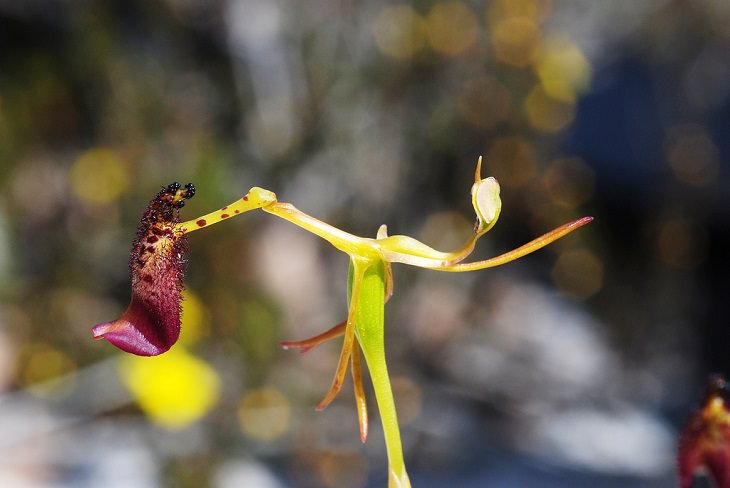 This Drakaea Glyptodon, which is common in Western Australia, is also called a "king in his carriage" and is so small that it can easily be missed. But if you are lucky enough to spot it, its rare appearance and unique beauty will make sure you never forget it. The Drakaea Glyptodon grows by attracting wasps to it, with the help of secretion of pheromones that mimic the smell of female wasps. 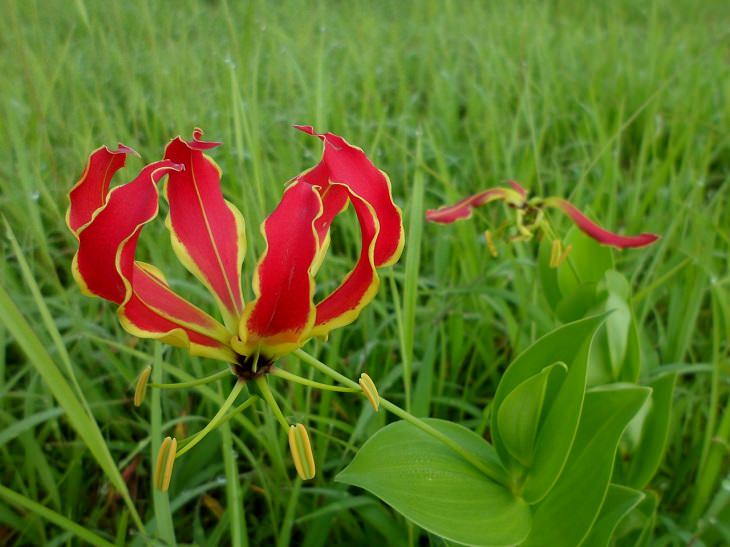 The flaming lily is one of the more delicate manifestations of nature - and it certainly adds interest and grace to every place where it grows. However, if you are interested in growing it in your garden, consider that it is toxic to both humans and animals (especially cats), so take all precautions necessary. 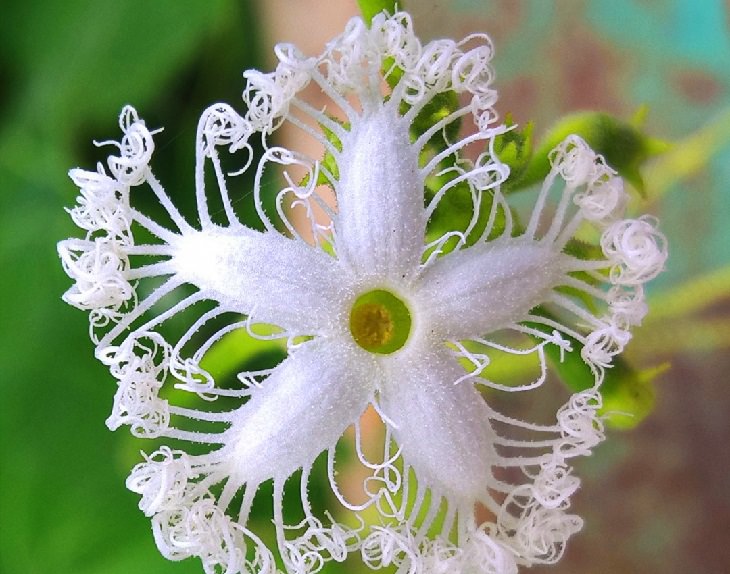 The snake gourd may look like a great decoration for a gift box, but in fact, it is nothing less than a vegetable! The roots of this plant are in India, although these days it is grown and harvested all throughout the world. The flower tastes sour and bitter, but you will be surprised to hear that there are kitchens where it serves as a substitute for tomatoes, and it is also sometimes used in traditional medicine. 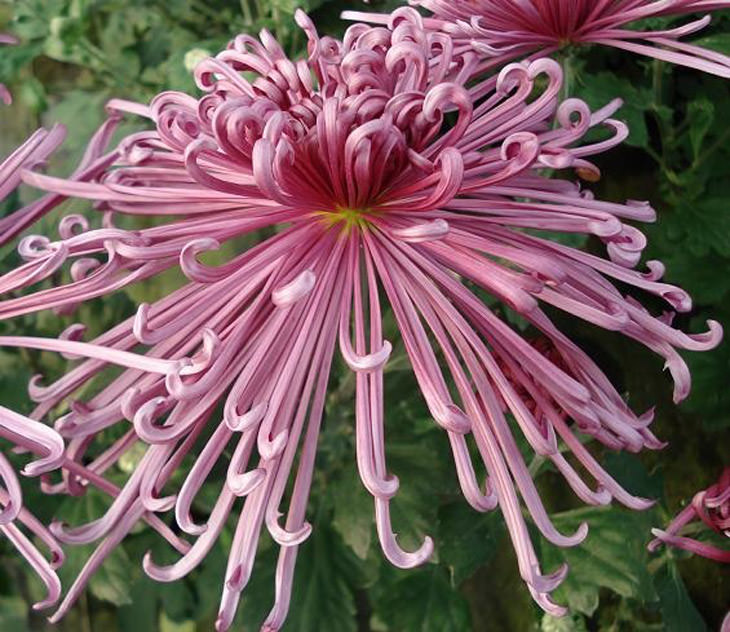 Despite its somewhat bizarre appearance, and perhaps because of it, chrysanthemum are one of the favorite plants of florists and gardening enthusiasts. All types of chrysanthemums work well in home gardens and planters, but if you want to grow and maintain them for a long time, remove parts that have fallen and buds that are growing too close to each other to encourage renewed growth. 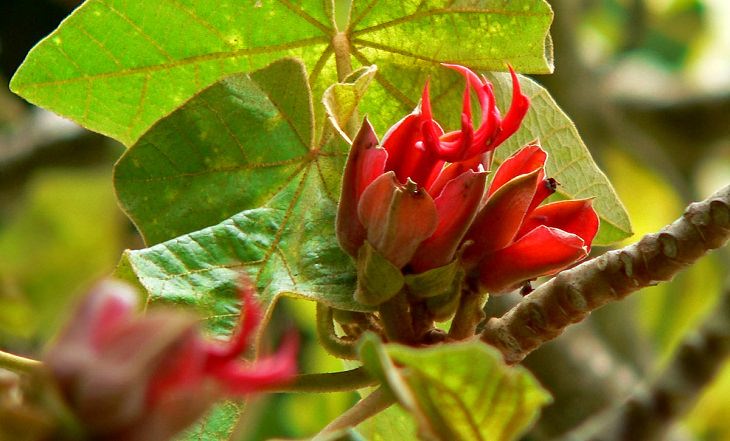 When you look at this flower you can immediately understand the reason for its name. But know that this plant, which has flourished in the region of Mexico since the time of the ancient Aztec tribe, has been used for years for a good purpose, as an ingredient in a traditional remedy against various heart problems. 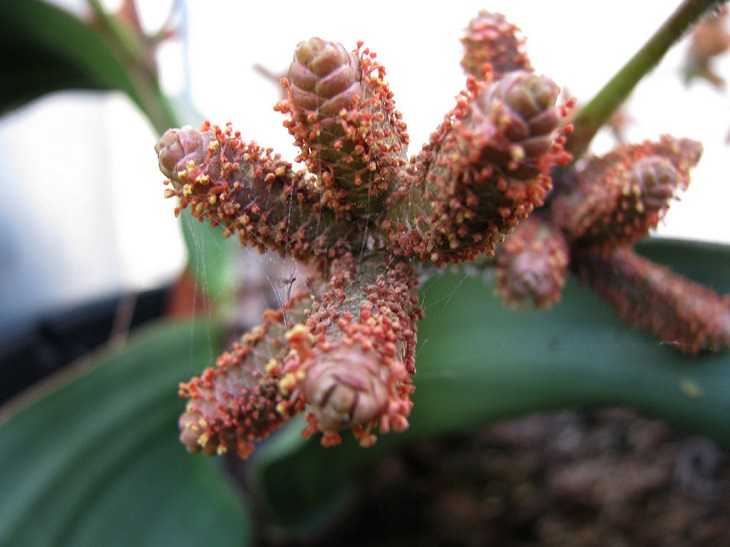 At first glance, it seems as though this small plant has been infected with fungi that have spread all along its length, but in fact, that’s just how it grows. The Welwitschia Mirabilis is a unique species which has been in existence since the Jurassic age when dinosaurs were still roaming the earth, and some of these flowers found in nature are more than 2,000 years old! 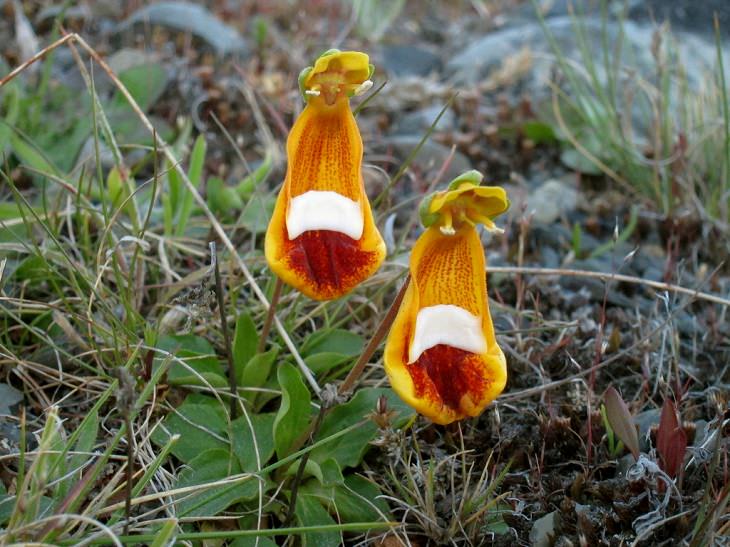 There are those who call this extraordinary flower "Darwin's slippers," and some that call it "the happy alien," both names are quite fitting. This plant was discovered by Charles Darwin, the father of the theory of evolution, around the years 1831-1836, and can now be found in large deposits in South America.
The amazing flowers we have presented here can be found throughout our wonderful world, and some of them can even be grown at home in your garden!