Kabbalah: The Universal Tree of Life

Life is a beautiful, complex layering of laws and interdependent movements of matter and energy. Kabbalah is a systematic overview of how existence functions, on every level, from the microcosmic to the macrocosmic. Kabbalah is the basis of all religions, sciences, philosophies, and arts.

Gnosis reveals the living structures of existence, a beautiful and complex layering of laws and interdependent movements of matter and energy. Kabbalah is a systematic overview of how existence functions, on every level, from the microcosmic to the macrocosmic. Kabbalah is a science, a philosophy, an art, and a religion, but is universal, and applies to all religions, all sciences, all philosophies, and all arts.Kabbalah provides an understanding of how the human being fits into nature, and how nature functions, from the lowest, most dense levels, all the way up to the most profound. Through this knowledge, a person comes to know where they are now in the scale of the universe, and how to traverse those levels and reach a better station in life.

Kabbalah is a universal knowledge that has appeared in many forms around the world. Although we use the Hebrew word Kabbalah to describe it, this knowledge is not the property of the Jews or any other group. Kabbalah is also known by other names, such Kalachakra in Tibetan Buddhism. Modern science calls it "physics," but they have not yet discovered the full range of this knowledge. For that, they need to use other instruments that reach far beyond the reach of the physical senses.

The word Kabbalah comes from the Hebrew language and can be spelled Cabala or Qabala, since it is derived from the Hebrew קבלה, from קבל which means "to receive." (In the Gnostic tradition, the spelling with the "K" is preferred because the three arms of the letter represent the three primary forces, the trinity or trimurti). The root word is significant because real Kabbalah is not an invention or theory: it is the direct perception (reception) of the truth. When the truth is seen, there is no theory or belief needed. The truth simply is. Yet, the fundamental truth cannot be seen physically, because the fundamental truth is beyond the reach of the physical senses. Thus, the true investigator of Kabbalah knows how to perceive that which is beyond the physical senses.

The Kabbalah is the foundation of every form of spiritual wisdom, although it is known by many other names. Every religion has a Kabbalistic basis, even though they may not use that word. Even science studies Kabbalah, yet without realizing it.

In the West, the Kabbalah utilizes a primary symbol called the Tree of Life, which illustrates the organizing principle found in every mystical tradition.

The Tree of Life is the foundation of countless ancient cultures. It is Yggdrasil of the Nordics, the Tree of Life of the Aztecs and Mayans, and the Bodhi Tree of the Buddha.

From left to right: the burning bush of Moses; the tree of the Greek Hesperides; an Egyptian Tree of Life; the Buddhist Nagarjuna drinking from the Tree of Life.

Every great mystical tradition has a profound structure or cosmology. Every great cosmology corresponds to theTree of Life.

The Kabbalah is also the science of numbers. The Kabbalah expresses the mathematics of all creation.

The Kabbalah is intimately related with the ancient and sacred Tarot. The twenty-two symbols of the Tarot contain the entirety of divine wisdom, and that wisdom is organized and explained in the Kabbalah.

On such a simple thing, scholars have written millions of volumes and theories that would turn anyone crazy who had the bad taste of becoming intellectualized with that entire arsenal. - Samael Aun Weor

The intellect is a tool that is useful when placed under the service of the Spirit. But when the intellect seeks to control the Spirit, the intellect becomes destructive. Therefore, the intuitive Kabbalist is the one who learns through the experience of the Consciousness. The intuitive Kabbalist learns directly, without opinions or theories. This one seeks a radical Intellectual Culture: a comprehensive knowledge of esotericism that is qualified by direct investigation.

In order to be a complete Kabbalist, one has to study; one has to record the teachings in the memory. -Samael Aun Weor, Tarot and Kabbalah

In synthesis, the intuitive Kabbalist studies the writings of the great masters, then investigates to find out for himself, and accepts what he directly experiences as true. Until then, the writings and opinions of others remain as opinions.

To approach this level of comprehension, it is necessary to know how to utilize the Consciousness through Self-observation and Meditation. When the mind is stable and quiet, the Voice of the Spirit can be heard; it is the voice of the Intuition, and the revealer of all true knowledge.

The esotericist, when endeavoring to formulate his philosophy for communication to others, is confronted by the fact that his knowledge of the higher forms of existence is obtained by a process other than thought; and this process only commences when thought is left behind. - Dion Fortune, The Mystical Qabalah

Therefore the student of Gnosis is encouraged to understand the Kabbalahthrough intellectual study, but also to go further, and to meditate in order to comprehend the Kabbalah through intuition and direct experience. The one who retains the knowledge solely in the intellect fails to grow.

Kabbalistic studies must be combined with work on oneself. One must be conscious of these studies, for it they remain only in the intellect they will be lost when one dies. Yet, if one is conscious of them, the knowledge will manifest itself from childhood. - Samael Aun Weor

We must walk the Path of the Middle: investigation with all of our cognitive abilities in psychological equilibrium.

Through the intellect: by studying the words of the Initiates.

Through the heart: by Meditation.

Through our actions: by sexual transmutation.

You are an Angel sis and I love you!

I I really love this picture Zaria! Im going to put it on Roseys Realm!!!!! ty 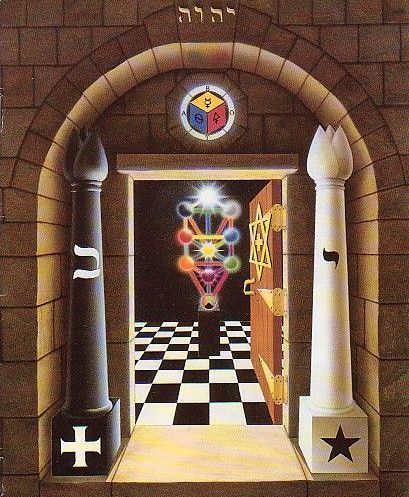 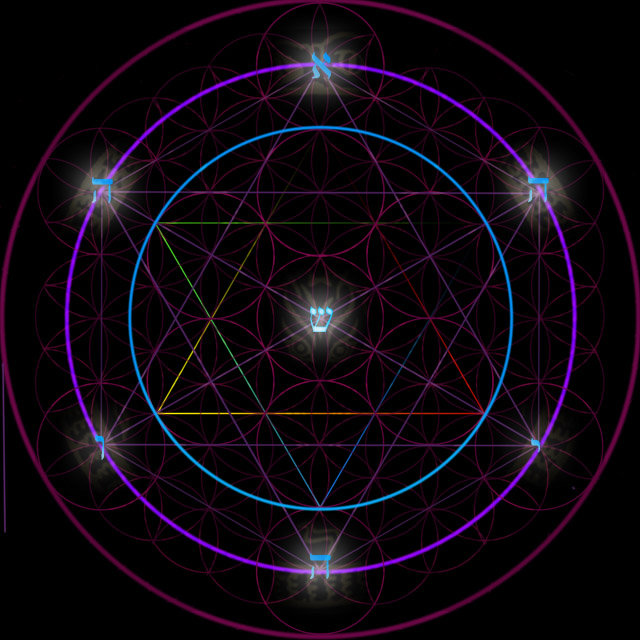