This is a series, the first of which is this:

Strengthening the Bonds of the Universe 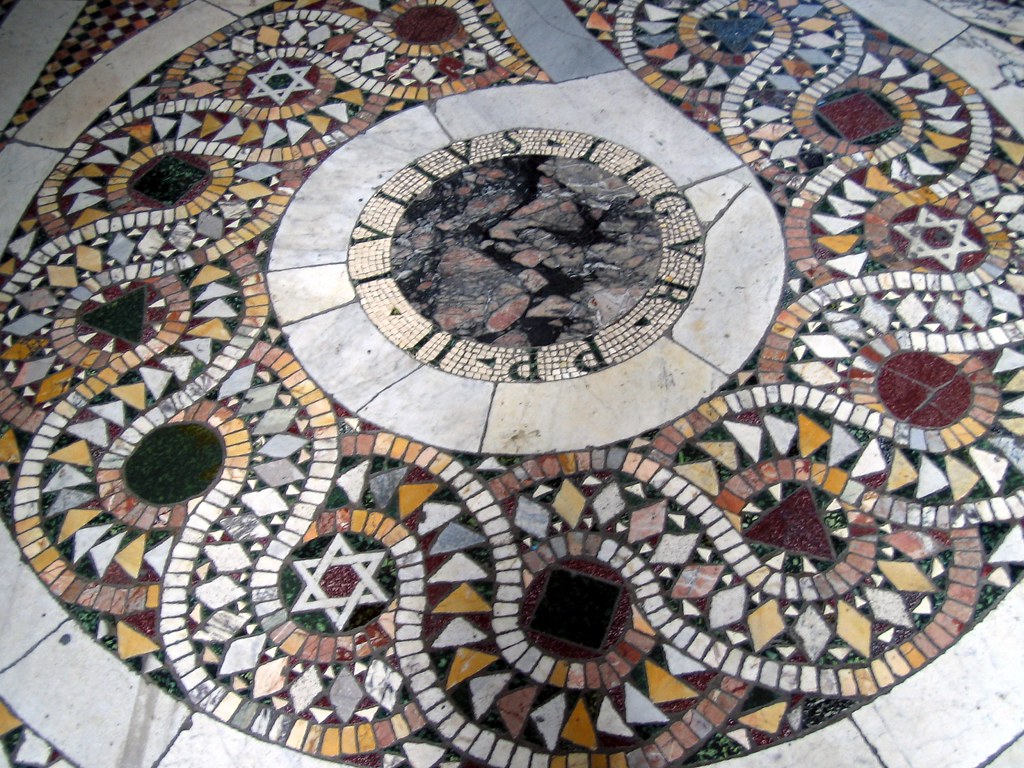 According to Michael Berg, a Kabbalah avid reader of the Wisdom of the old kabbalists, the ARI (one of the best known writers of Kabbalah),teaches us that every world has its own set of ten Sefirot which are unique filters where the light of the Creator passes through.  And those ten Sefirot each has within them their own ten. And so on. The Sefirot are like the layers of an onion: circles within circles. 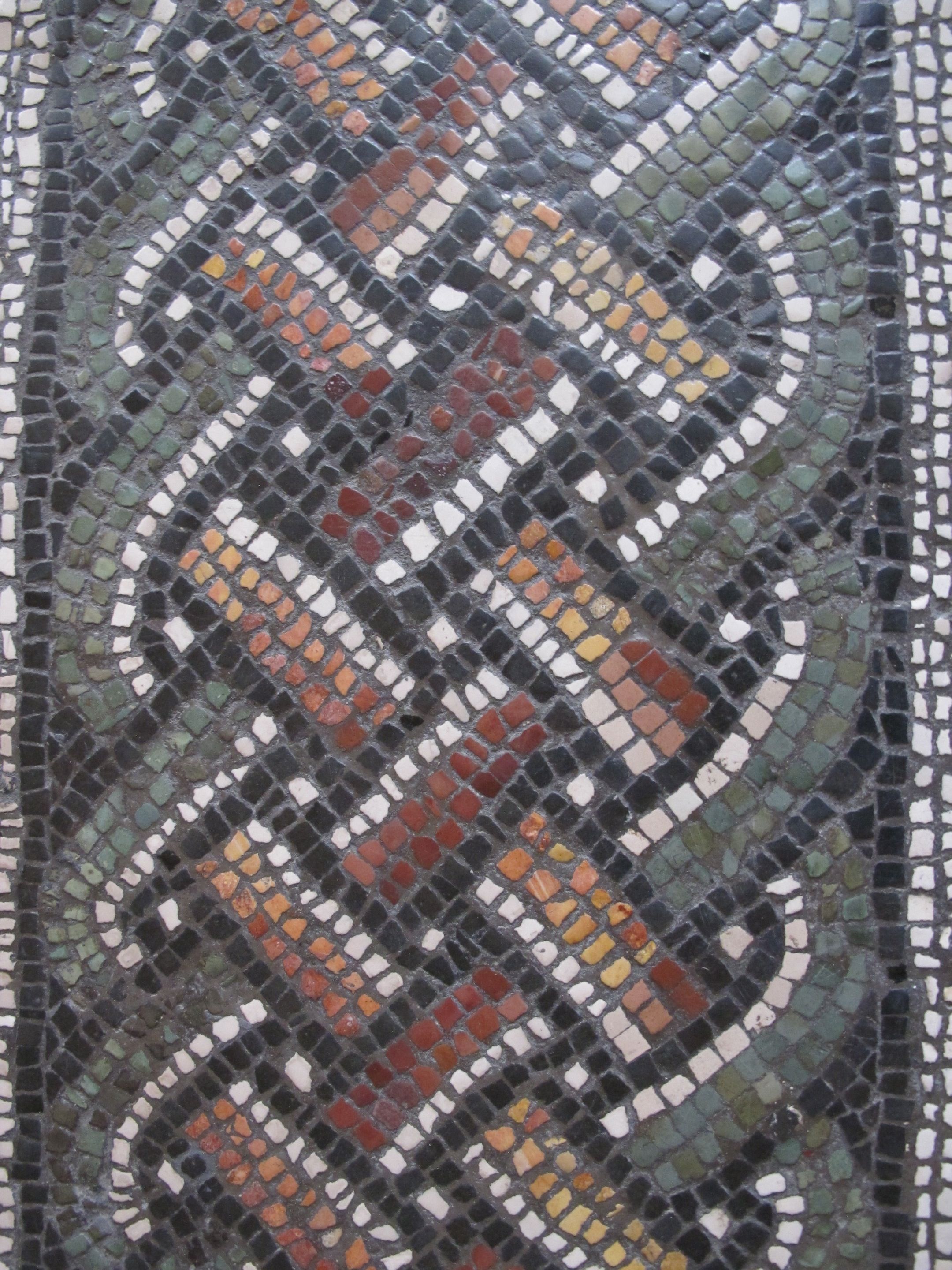 Incidentally , the floor of the Sistine Chapel is patterned with circles, each circle containing ten circles within it.

The idea that each Sefira contains all the other sefirot is an important lesson that Rav Ashalag explores in "Ten Luminous Emanations" about the way we are all interconnected and our global responsibility, therefore.

Rav Aslag explains that everything in our world contains everything else. For instance, the first sefira, Keter, has within it the other nine sefirot (Chochmah, Binah, Chessed, Gevurah, Tiferet, Netsah, Hod, Yesod and Malchut).

Everything is of the same spiritual "DNA", This applies to us, as well. Each of us has an aspect of everything and every person in the world.

Because we have elements of everything else within us, everything in this world is attached to each one of us.

This is a concept that Rav Ashlag talks about called "avrut"-the global responsibility  that we all have (because said in other words, we are all the same in different manifestations, and we all have the same source, regardless of our own belief systems) . Because we are all intertwined in this way, we have both the ability and the responsibility to influence the world around us.

When we do something negative and fall, we draw all those attachments down with us, as well. When we elevate ourselves spiritually, we can also elevate all of those attachments. Likewise, everyone else is also attached to everything. If I lower or hurt someone, I hurt all their attachments, and since they are attached to everything, when I hurt them, I lower the entire physical and spiritual worlds (including myself).

This hopefully gives us a great appreciation for the way we are all interconnected and the power that each of us has within us.

Knowing this, how do we strengthen the power of our spiritual actions to cause a greater ripple effect throughout the entire world? By studying this concept.

When we read the words from Rav Ashlag about our global responsibility, we awaken that connection between ourselves and everything around us.

In doing so, all our spiritual work and the Light we reveal is even more powerful.

When we study the words from the Ari that speak of the way we are all interconnected, we are not simply studying, we are awakening this energy in the world, and more importantly, within ourselves.Literally, after we study this and understand this , our next spiritual action will be even more powerful because we have awakened this energy within us.

Unfortunately,not everyone studies from the writings of the Kabbalists. As fewer people study the wisdom, which teaches us about the interconnections of everything, that consciousness is not awakened enough in the world and, over time, it causes a weakening of the links between everything.  Therefore, it is so important that we have this study so we can reawaken the bonds between all of humanity.

Through our consciousness and work, we can strengthen the bonds that have been weakened over time.

Very often in the Zohar, the students of Rabbi Shimon bar Yohai would say to him:"Woe to us when you leave this world!". Could you imagine? You are siting in front of your teacher and he teaches you something amazing and you say: "Wow, when you die,it's going to be pretty bad for us" What kind of thing is that to say to your teacher?

The explanation of this is based on a verse in Psalms in which King David asks the Creator to remind him of the needs of the people. As King David began to elevate his soul, he started to forget the problems of everyday people. The souls of the righteous are elevated in such a way that our problems are mundane to them.

The issue isn't that they don't care, but that they are so elevated, it doesn't seem important. They see the big picture, so the details don't matter as much.  But our problems are still important to us!

So, King David prays to the Creator to not allow him to become detached, even as he elevates. He asks to stay tethered to the people.

The lesson is, even as we elevate our Souls, no to lose our connection to everything.

Rabbi Shimon bar Yohai's students were telling him not to forget them when his soul elevates. It is said that if we had the assistance from the righteous souls, the redemption would come sooner.

A large part of our spiritual work needs to involve tethering the righteous souls back to our world and reminding them that the challenges we face are still important.

As we think about this and study it, we reawaken the bonds - the bonds between the righteous and our world and also ourselves and the world.  Through our study, we strengthen those bonds and in doing so, we have a grater influence on the world. Our spiritual work and Light we reveal become even more powerful.

PS: Michelangelo who did the Sistine chapel had knowledge of Kabbalah.