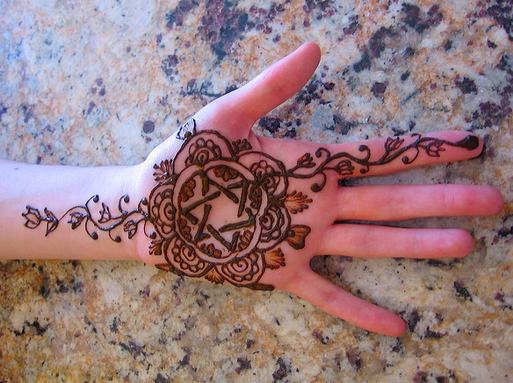 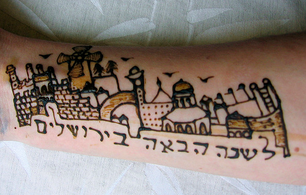 Henna appears in the Bible, as well as in other Semitic texts of the ancient Near East, and we know that henna was grown and used in the Land of Israel during the Hellenistic period. The earliest explicit records of Jewish henna ceremonies appear in the medieval Mediterranean. Henna use, both for everyday adornment and for ritual purposes, quickly spread throughout the Diaspora and was an established custom among the Jews of Morocco and other North African communities, the Levant and Mediterranean basin, the Arabian Peninsula, and Western, Central and Southern Asia. Henna was used by some Jewish communities as part of everyday female adornment, dyeing hands, feet, nails, and hair. Some communities also used henna as part of ritual celebrations and holidays. The most significant use of henna in Jewish communities, however, is as part of a pre-wedding ceremony. These communities include Jewish communities sometimes called Sephardi ['Spaniards', i.e. descended from Spanish Jews expelled in the 15th century], or Mizrahi ['Orientals'], as well as others.

In these communities, henna was a crucial aspect of the preparations for a Jewish wedding, and often defined the structure of the wedding festivities, from the beginning (marked by the sending of henna from the groom to the bride) through the climax (the main henna ceremony itself) to the end (when the last remnants of henna wore off the skin). Furthermore, henna was used to mark the actors in a variety of other lifecycle events and passage rituals, such as birth, weaning, entering the school system, puberty, and coming out of mourning. It was also used at holiday celebrations and other happy occasions. The symbolism of henna in these Jewish communities was highly polysemous, but it is clear that it had three overarching functions: first, the henna’s staining of skin was seen as beautifying, both as daily adornment and for weddings; second, the materiality of henna was thought as protective, especially of actors at the center of a passage ritual; third, henna was seen as an aid in transforming and guiding the actors into the structure of their new social roles.

After the establishment of the State of Israel in 1948, the Jewish communities of North Africa, the Levant and Mediterranean basin, and Western, Central and Southern Asia underwent a massive and sudden displacement beginning almost immediately. Within 10 years, the vast majority of these communities had left their homes and been relocated, either to Israel or to Europe and the Americas.

In Israel, the majority of the rituals and traditions surrounding the henna ceremony were initially abandoned upon arrival for a variety of reasons: socioeconomic circumstances made it uncomfortable to celebrate loudly and publicly for extended periods of time; the disorientation and confusion of integration into Israeli society had broken up communities and disrupted the traditional ritual sequence of events; and the negative stigma attached to markers of Diaspora identity, and Arabness in particular, discouraged immigrants from engaging in what had previously been activities and symbols with high social prestige and value.

It was not until the late 70s, when young non-Ashkenazi Israelis had become increasingly dissatisfied with their marginalization in the public sphere, and they began to vocally demand recognition as legitimate members of Israeli society, that previously-neglected cultural celebrations began to experience a revival: the Moroccan mimuna or the Kurdish saharane holidays, the new emergent style of modern ‘Mizrahi music’, and of course, the henna ceremony.

Today, the revived henna ceremony is very different than its historical predecessors. One of the main changes to the henna ceremony has been in its length and timing. While in the Diaspora, the pre-wedding festivities often lasted a week or more, in Israel they were severely compressed due to constraints of money and time. The application of henna to the bride, whether done over a period of three days, as in Yemen, or whether done multiple times over a two-week period, as in Morocco, was reduced to a single evening. The timing of the henna ceremony was moved from the night before the wedding, or a few days before the wedding, to the week before the wedding or even earlier. Furthermore, where formerly the groom may have been hennaed in a separate ceremony in a separate location, in Israel the two ceremonies were joined, so that the groom sits next to the bride and is hennaed with her. Another change was the rapid disappearance of the artistic patterns with which the henna was applied. It appears that the henna patterns practiced by Jewish communities in the Diaspora were almost immediately abandoned upon arrival in Israel. Today, even the memories of these patterns are rapidly disappearing.

Henna ceremonies in Israel today serve to reinforce a pan-ethnic unity, and often an even broader ‘pan-Mizrahi’ unity. The henna ceremonies of the Moroccan Jews and Yemenite Jews became the dominant models, while the henna ceremonies of other non-Ashkenazi communities were either abandoned or subsumed into one of the dominant models (usually Moroccan). Regional differences in the performance of the ceremony were abandoned, and one generic “Moroccan” or “Yemenite” ceremony was formed (it was usually a modification of the customs of the capital, or largest city, that prevailed). For example, one of the most significant and visible manifestations of this is in the clothing worn at the henna ceremony: among Yemenite Jews today, the henna ceremony features the Sana’i headdress, the tishbuk lulu, while similarly among Moroccan Jews the contemporary ceremony generally uses the urban grand dress, the keswa lkbira.

I was hoping for a henna tattoo at the Ren Faire this year.  I just couldn't find what I wanted, for the price I was willing to pay.  I love them, and they last quite awhile.  Henna gives you the option of trying something new.