Your kids want a tattoo or piercing? Here's what pediatricians recommend. 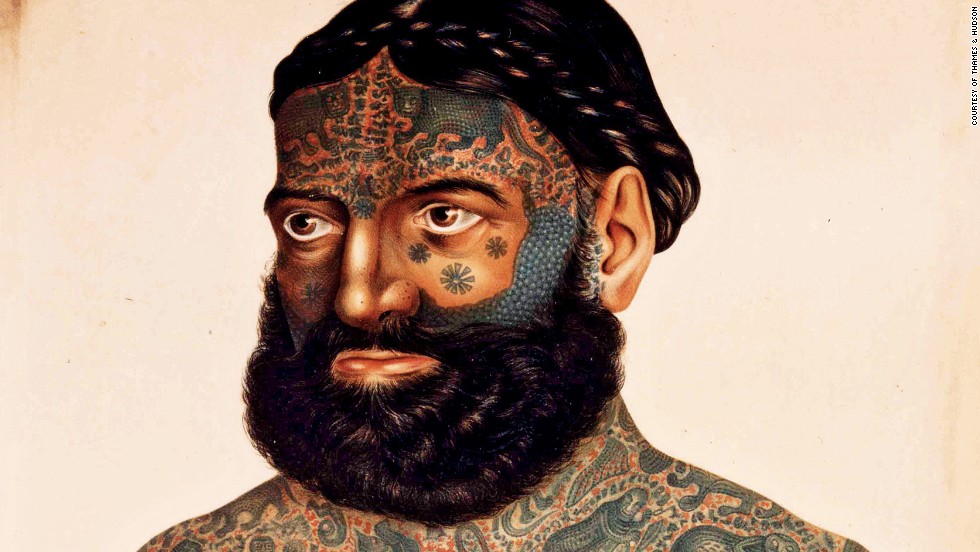 That afternoon in late spring, her daughter finally got the jeweled belly button ring she had been asking for, and Breuner got a reminder that her little girl was growing up.
Breuner felt a swell of emotion, she said.
"I did my usual Dr. Mom thing and found out the person doing it had been a surgical tech before he decided to do piercings, and I watched him," Breuner said of taking her daughter, who's now in her early 20s, to get her belly button pierced.
He changed his gloves three times when performing the piercing and washed his hands between each glove change, said Breuner, an adolescent medicine specialist at Seattle Children's Hospital.
"He was honest with her -- he said, 'this is going to hurt' -- and I went in with her and held her hand, and of course I thought she was going to snap my hand off," Breuner said.
"I'm not saying everybody should do that," she added, "but at least for me, my sense of this whole world is that it's changing right in front of us, and we can either have our eyes open and be supportive and help our children make informed decisions when they're young adults, or ignore it and hope it goes away."
On Monday, the American Academy of Pediatrics published a clinical report about the potential consequences and health risks of tattooing and piercing in adolescents and young adults, co-authored by Breuner and Dr. David Levine, a general pediatrician and professor at Morehouse School of Medicine in Atlanta.
The report is the first to review the methods used to perform such body modifications in this age group, and it offers long-overdue guidance for parents, Breuner said.
"The number of young adults who want to get tattoos or pierced is increasing," she said. "It's really our mission and our job to promote safety and healthy living for our children as our children go into adulthood."

In the report, Breuner and Levine make a clear distinction between self-selected body modifications and self-harm, and they explain how various methods of tattooing, piercing, permanent makeup, henna skin dye "tattoos," scarification and ear stretching are performed professionally.
Of all piercing sites, the navel takes the longest to fully heal: up to nine months, according to the report.
Complications from piercings or tattoos are not common but may include severe infections, allergic reactions or keloids, a growth of extra scar tissue, Levine said.
"I do have a majority of African-American families in my practice, and African-Americans are overrepresented when it comes to the formation of keloid scars," he said. "So that's another thing that parents should just be aware of: that if their child has had a keloid from almost any other kind of skin injury, then it's likely that this would be a disaster to do piercing or tattooing."
The report also turned a spotlight on the social implications of tattooing and piercing at a young age, including how some employers may frown upon visible tattoos in the workplace or how some adolescents may get tattoos they later regret.
"Adolescents may overestimate the effectiveness of tattoo removal when having one placed and should be instructed that tattoo placement is permanent, and it is expensive and sometimes difficult to remove them," the researchers wrote.
Yet the overall aim of the clinical report was to encourage parents to talk with teens about tattooing and piercing, and to offer guidance if their child has an interest in or questions about body modifications.
"The big thing is that parents really should bring this up, to talk with their children intentionally, because the teenagers are likely thinking, 'My parents will kill me, so I either have to hide (the tattoo), or I'll just actually abide by my parents' rules and get it when I'm 18.' Even then, 18-year-olds are still fairly impulsive. It still would be good for them to have had a discussion with their parents," Levine said.
"It's very similar when we talk to parents about the time to do the sex talk is at age 11, before they actually need it. ... Even if it's not right at that moment, it will open up the conversation and keep the communication open on these issues as kids negotiate adolescence," he said.
The new clinical report focused on adolescents and young adults, but Levine said the most common piercing-related question he receives from parents regards at what age it is safe to first have a child's ears pierced.
His recommendation: Wait until the child voices a preference.
"My biggest advice to the parents, unless this is a cultural issue where everybody in the culture gets their kids' ears pierced in early childhood, I'd like the kid to actually want it," he said.

Turning a spotlight on tattoo regret

From tattoo regret to tattoo desire, Richard Dukes focused much of his research on tattoos and piercings among youth during his career as a sociology professor.
The professor emeritus at the University of Colorado-Colorado Springs, who was not involved in the new clinical report, said it compiles current medical knowledge and does not contradict any of his own research findings.
"Tattoo regret is fairly common because meanings, values and norms change, and tattoos do not," Dukes said, adding that when someone gets a tattoo at an older age, the likelihood for regret is less.
"We have three grown sons. Two of them wanted to be tattooed. We said to wait until you are 18 and be sure to get good artwork," Dukes said of his own family.
"They complied," he said. "Now, one of them has had the small tattoo removed from his back, because he did not want his young daughter to think that he thought it was a good thing to do. The other son has two tattoos. I asked him if he would ever get another one. He said that if he had no tattoos, he would not get one. Since he already has tattoos, he is more likely to get another one."
As for other pediatricians, the new clinical report offered advice including:
"It shouldn't be a conversation people should shy away from, and it really shouldn't be a conversation that health care providers should shy away from," Breuner said. "It really should be up there in the conversation that pediatricians and other health care providers have with teens and young adults, that is, 'Have you considered getting a tattoo or piercing?' "
http://www.cnn.com/2017/09/18/health/tattoos-piercings-teens-doctor...

This makes a lot of sense to me!