Ayahuasca Retreats And Workshops Interview With An Amazonian Shaman In Peru

Howard G. Charing is a partner in Eagle’s Wing Centre for Contemporary Shamanism. His initiation into the world of Shamanism was sudden, which was caused by a serious accident, which resulted in severe injuries and a near-death experience. After many months of physical pain and disability, he had a transformational experience, which started him on a path to healing. If you like to know more about his work, Howard conducts “Plant Spirit Medicine” journeys to the Amazon Rainforest. 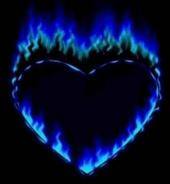