Shaman: It’s a term steeped in the ancient history of indigenous cultures around the world, but which has gained so much popularity today that it’s become somewhat of a trending term.

It was once one of those terms residing on the outskirts of society, but thanks to the modern day conscious shift, steeped in New Age ideas, it’s becoming as common as words like chakras, mantras, and meditation.

That’s not a bad thing. People are looking to wake up, to reconnect in a world where disconnection is the norm, and constant turmoil — mental, emotional, and physical — the result. This reality has provoked the innate human ability to heal ourselves; it’s an inward shift during a time where materialism has, in many ways, ruled our livelihood.

Shamanism is thought to be the oldest form of humanity seeking connection with creation; the oldest form of healing an individual. The practice dates back as far as the Stone Age, and the word shaman itself has been traced to the word “saman” in the language of the Tungus people in Siberia.

Scholars have translated this original term to “one who is excited, moved, or raised” and “inner heat,” according to American Shaman: An Odyssey of Global Healing Traditions by Jeffrey A. Kottler, Jon Carlson, and Bradford Keeney. In Redefining Shamanisms: Spiritualist Mediums and Other Traditional Shamans as Apprenticeship Outcomes, author David Gordon Wilson cites another translation as “person with supranormal skills.”

Shamanism was deeply rooted in ancient Incan, Indian, and Egyptian civilizations, and has continued to thrive, most notably with its prevalence as a term for all spiritual healers, and people seek them out for help with stress, depression, and other mental and physical conditions.

But shaman, now serving as an umbrella term for anything from Reiki masters to tarot readers, aura cleanser, and mediums, was once truly a specific term for spiritual healers with the ability to communicate with the dead.

They were thought to be able to enter a trance, or an altered state of consciousness, through ceremony. They used their crossover to see the future and heal community members, for both physical and emotional ailments. Shamans were famously known for their ability to help people understand and come to terms with their grief.

Organized religion cast a massive shadow over shamanic practices, however, causing it to be outlawed as black magic. Since then, the term has become mystical. Indigenous people still practice it, of course, but when it comes to the Western world, the practice is more or less just a vague term for anything that incorporates New Age healing techniques.
To understand shamanism is to understand its roots. The spread of Christianity largely wiped out the term for what it once was, and while parts of the world hold the original path for it to high standards, it has been translated throughout time to become something else.
And while it’s commendable that holistic healing is gaining steam in a society where Western medicine rules, it’s important to not let the niche role of an actual shaman lose its way, and rather better understand how an appointed shaman performs a ritual that involves healing the ailing, both out of respect, as well as to better understand how shamanism could benefit your own life if you are suffering from mental or physical ailments.
https://www.collective-evolution.com/2017/01/29/what-it-actually-me...

Shamanism should not mix with animism, "Sham" mean "fire of spirits" or Sun of spirits or light of universe. Shamman is a communicator with it or them. Shaman's which same mean and named "Kam's" are beleived God "Tengri". Teng-Ri "Teng" mean East or Borning place of sun and "ri" is place of its born in Turkic or Turanic steppe culture's. but the other cultures like mongolic or Tungustic or maya or antic american people's mixed Shamanism and animism. Kamlik-Shamanism is not a Religion. It is personality, teach able and learn able life style or spiritual status. it is transfer in some culture's blood to blood, some culture's: teacher to student or other some the souls of the dead Kam's or Shaman's are annoyed by annoying the person they want to be Kam or Shaman. by the way My family came from Shaman's culture, I have personal experiaces many spritual traveller from them in steppes of Asia.These people are intelligent and creative people with unusual-grumpy-bored characters, proof on poetry and music they proof pharmacy,meteorology mine sci. Yes they talking with dead spirits, animals with forest or animal's some time with spiritual mode they can find water under the ground they can make hard medicine for ilness and Magician type of Shaman's have "Yada Stone" on the their long wand this type Kam's or shaman's can get rain or strom's to their peoples or enemies. Yada Stone is a Mithological story also.

Redfalcon, could you do a discussion on the yada stone?

"">When we look at the history of Turkish culture, we find many examples of snow and rain through a kind of magic, with stone, which is known as stone.

There is information on Islamic sources (Arab, Persian and Ottoman) as well as on Chinese resources. In the arabic Islamic sources, hacerü'l metar, Seng-i metar (rain stone) and seng-i ceda (ceda stone) in Persian sources are named as cay in the dialects of sata, Altaycada cata, Kipchak group in Yakutça. ">(one)

"It is a kind of camaraderie. It is made with certain stones (with stones). Thus rain and snow are brought down; the wind is blowing. This is a well-known thing among the Turks. I saw it in the Land of Rape in the eye. There was a fire there, the season was summer; ">it was snowed on this occasion and the fire was extinguished with the permission of the Great God "(2).

">In the Kyrgyz dictionary,

"Caytaş: Güya koyun is a small stone that is found in the workplace and has the precision of raining". ">(3)

">"Yada Stone, a stone that is believed to rain when used according to the way it used to be, rainstone", in an English dictionary,

"Yede is a stone known to the Prophet Noah by Gabriel. ">It is said that rainfall and rainfall can be controlled. "

According to Chinese sources on Yada Stone, it is stated that one of the myths about Göktürkler's Kurdish (Wolf's) descent is that he had seventeen siblings of the tribe of Göktürkler's ancestors and that he was born from a Kurt (Wolf) and different from the others. It is stated that a brother who has a supernatural power and specialties can give orders about rainfall, wind blowing (4). This was their ancestry coming from the Huns. The Huns were able to defeat their enemies by raining and snowing or storms and winds, and possessing the hermits that could do it. It was noted that they protected themselves against an invasion of the Juan-juan, which was strengthened during the V. century. (5)

All Ashina Tribe family and king's say that also.. blood to blood...bone to bone.

Now see, I have trouble understanding that numerology stuff.  I guess it has to be really simple for me to understand, I have math hang ups, can you tell? 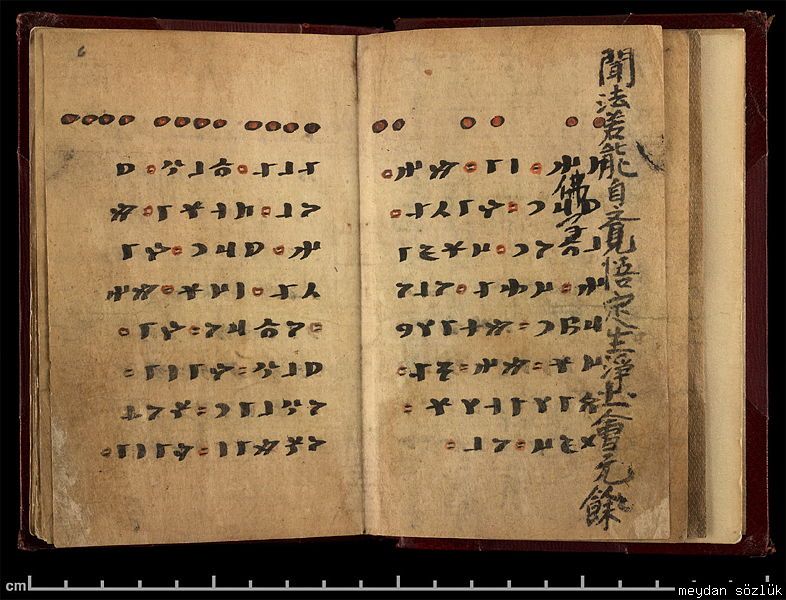 Hello Linda, Sorry I should'nt share. We must save of my private knows about that experiances but I can show you where you can start to shaman path. Please check my all updates from here.

And numbers some of have deep meanings

For example; WHY 40: According to shaman belief, the soul leaves the body after 40 days. this time it can be brought back by magic if the body is properly stored.