Clouds come in all shapes, sizes, and types but have you ever seen square clouds?

On November 24, 2018 Jo wood captured such a strange square cloud over Cleethorpes in England and while it is said that these clouds are so-called rhombus-shaped clouds we may wonder whether these clouds are artificially created by a weather control program. 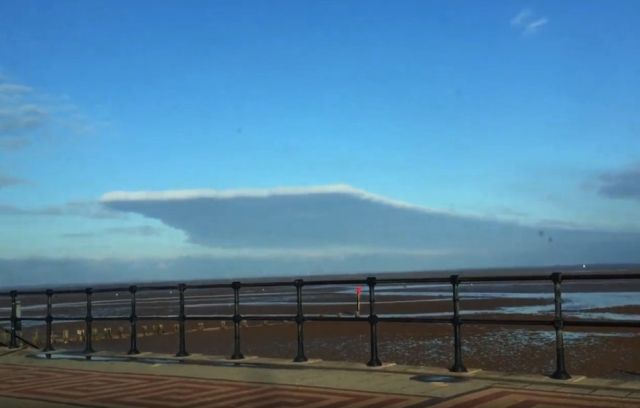 A rhombus-shaped cloud is a strange-shaped contrail formed by the water vapour blasted from a plane's jet engine as it moves through a pocket of air. With the right conditions and if the wind is blowing at right angles to the contrail, and due to the right atmospheric conditions this is causing the ice crystals in that trail to spread outwards - creating square or rectangular shaped clouds.

Perhaps some square clouds have indeed been formed by a contrail but if we look at the square clouds in the picture below it is hard to imagine that they originated from contrails. 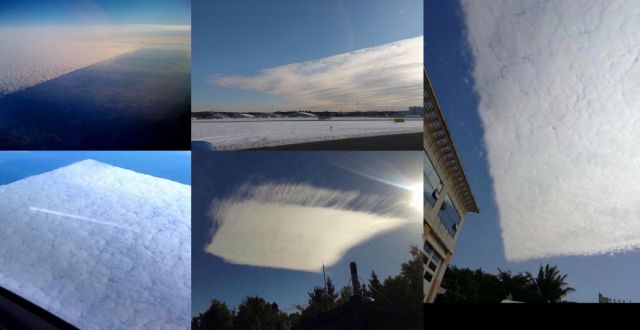 Massive square clouds as photographed by crew members of the International Space Station are normal clouds or rhombus-shaped clouds? It seems unlikely!

It is clear that most of these square clouds have been artificially created by means of geoengineering which is a large-scale intervention in the Earth’s climate system usually with the aim of mitigating the adverse effects of the so-called global warming.

These square clouds are just a small part of the global geoenigeering project that slowly disrupt Earth's natural systems yet scientists have come up with a new and ingenious way of fighting global warming: Spray large amounts of chemicals into the Earth's lower stratosphere in order to literally dim out the sun.

As Dr Phil Williamson, an Honorary Reader at University of East Anglia, said; nations which “continued to experience extreme climate events” might then “consider that solar geoengineering had been responsible” and would need to be compensated.

In other words, cutting the earth off from the heavens might be a real liability issue.