From the tomb of a voodoo priestess to the site of a legendary massacre, explore the Big Easy's spooky side with the most haunted places in New Orleans.

Founded in 1718, the port city of New Orleans has nearly 300 years of French, Spanish, African, and Cajun history. No wonder so many are convinced spirits still haunt its streets and cemeteries, unable to find peace.

Join us as we take a tour of the most haunted places in New Orleans. All 9 sites can be seen today – so remember these spooky spots the next time you’re in need of a paranormal fix, Big Easy style. 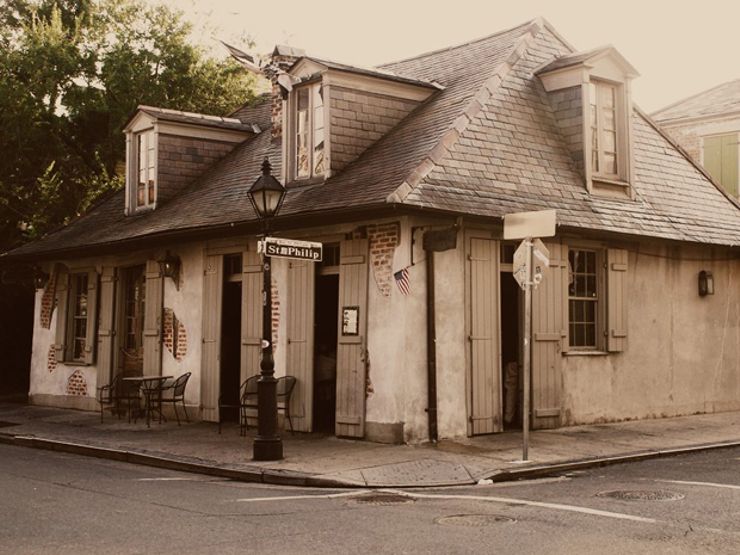 This Bourbon Street drinking den dates back to 1722 and is often called the oldest structure in America that houses a bar. Notorious pirate Jean Lafitte reportedly used the site as a front for his smuggling business in the 18th century. Rumor has it if you sit long enough in the candlelit tavern, the ghost of Jean Lafitte – pirate hat and all – will appear to you. 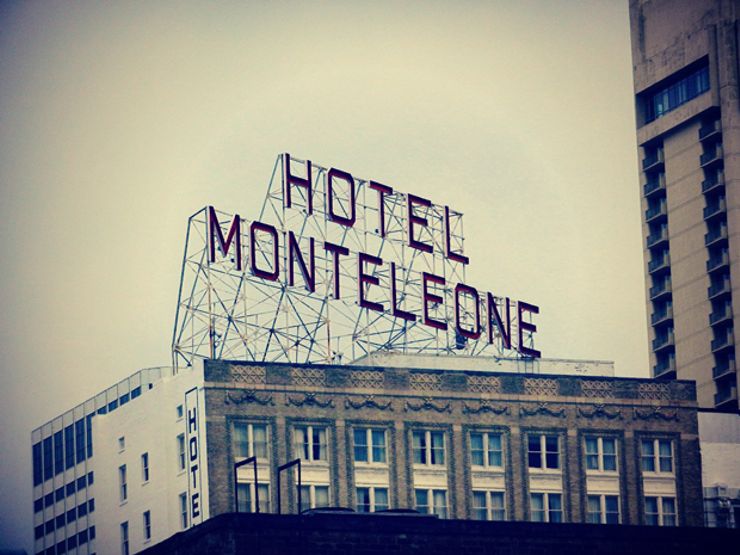 Hotel Monteleone is one of the few family-owned hotels remaining in the nation. The opulent establishment is famous for its revolving Carousel Bar and Lounge and has seen the likes of Truman Capote, Ernest Hemingway, and Tennessee Williams sit down for a drink. Guests must share their seats with the hotel’s permanent residents, however: little Maurice Begere died of fever in the hotel and reportedly haunts the room where he passed; the ghost of a former hotel employee named “Red” also wanders the halls. In addition, guests and staff members report locked doors that open and close on their own and an elevator that opens up on the wrong floor, revealing spectral children at play.

Related: What’s Inside the Cage of Bones? 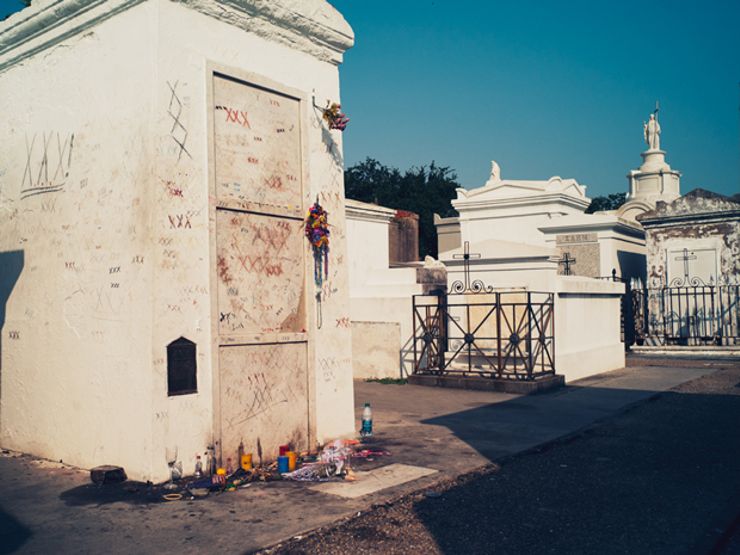 New Orleans sits below sea level. Consequently, the city employs above ground graves to house its departed. The ghosts of Civil War soldiers, Yellow Fever victims, and other unfortunate souls are said to walk these so-called “Cities of the Dead.” Hovering above them all, however, is the Voodoo Queen Marie Laveau, the most respected and powerful priestess in New Orleans history. Local legend says to knock three times on her tomb in St. Louis Cemetery No. 1. Mark the tomb with “XXX” in chalk, knock three times again then make your wish. Leave an offering and she may heed your call. So many have come a-knocking, in fact, that the Archdiocese of New Orleans recently closed the cemetery to the public. All visitors must now acquire a licensed tour guide before entering. 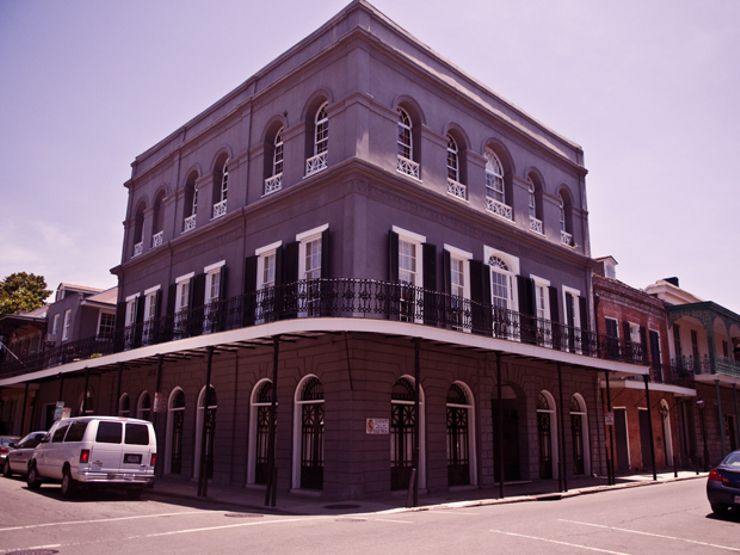 A member of New Orleans high society, Delphine Lalaurie hid a dark and bloody secret on the top floor of her three story mansion. Rumors of her cruelty circulated throughout New Orleans, and when a mysterious fire broke out in the estate’s kitchen, authorities finally entered the attic. They were horrified to find numerous servants chained to the walls, with dismembered body parts reportedly scattered across the floor. The anguished victims still haunt the mansion grounds, which is a private residence but can be seen from the street. If this bloody tale sounds familiar, you’re not crazy. Delphine served as inspiration for Kathy Bates’ ruthless character on American Horror Story: Coven. 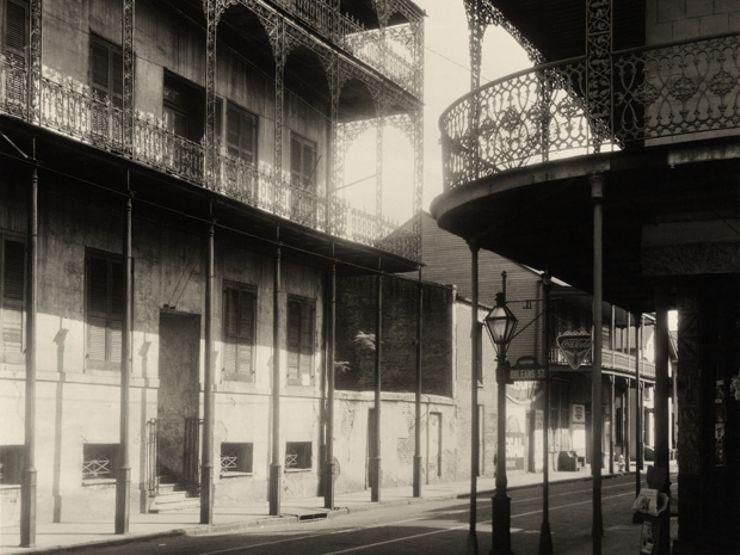 The Gardette-LaPrete Mansion is located on the corner of Dauphine Street and Orleans Avenue in the French Quarter. Once, a rich man from Turkey reportedly rented the mansion. He threw legendary parties for his guests and attended to his harem – though rumor has it he was a cruel and thieving master. One day, after a particularly lavish soiree, a passerby noticed blood oozing out the front door. Police broke through the entrance and discovered a massacre – all of the guests had been murdered, their bodies strewn in bloody heaps. Authorities soon found the host’s body in a shallow grave in the backyard. The culprit was never found, though some think it was the wealthy man’s brother exacting revenge. Today, the “Sultan’s” ghost stalks Gardette-LaPrette, while the screams of his doomed guests echo through the rooms. 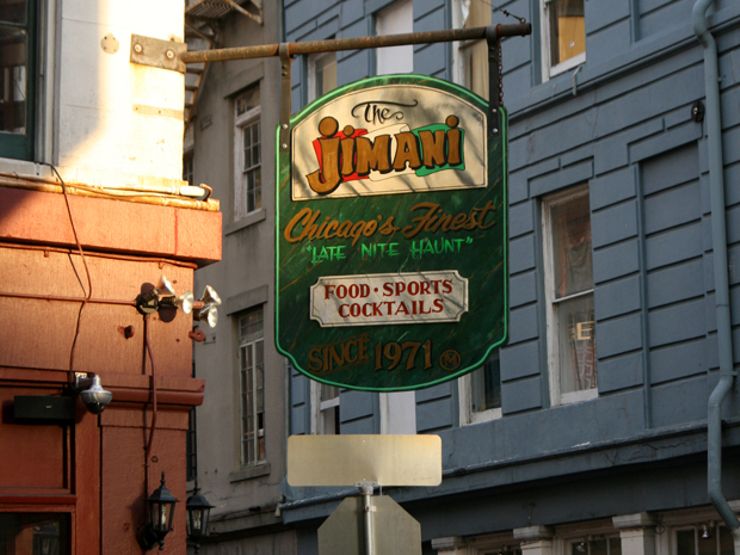 The UpStairs Lounge, where the Jimani Bar now stands, was widely known as a gay bar in the French Quarter. On June 24, 1973, tragedy struck when someone set fire to the club. 32 patrons perished that day, making it the deadliest fire in New Orleans. Sadly, the public was largely indifferent to the tragedy, as so many of the victims were homosexual. The primary suspect, a patron of the bar kicked out earlier in the day, was never charged. He later died of suicide. Those who visit the Jimani Bar today can hear voices of the dead, pleading to be heard and not forgotten. 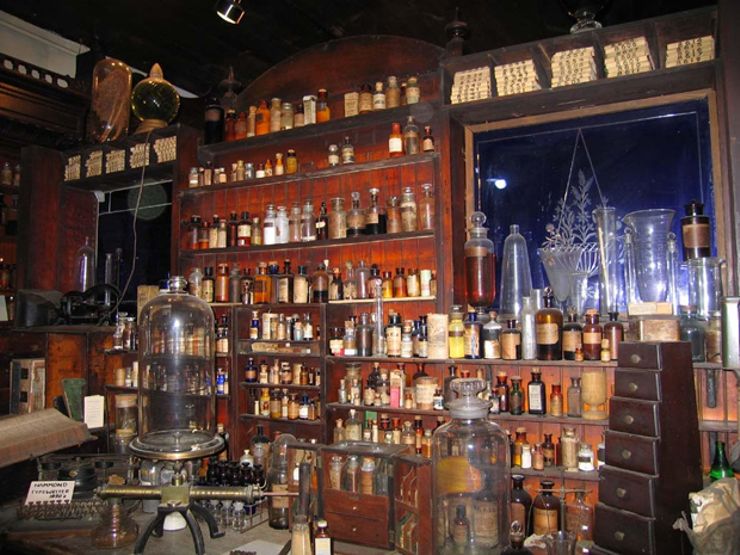 In 1816, Louis Joseph Dufilho, Jr. became America’s first fully licensed pharmacist. He soon opened an apothecary in New Orleans, where he sold his medicines as well as voodoo potions to those who were too ashamed – or scared – to visit a voodoo priestess. Dufilho later sold the pharmacy to a Dr. Dupas, who reportedly enjoyed experimenting on pregnant slaves. Today, the site is a museum, filled with medieval medical contraptions such as bone saws. The evil Dr. Dupas is said to haunt the structure, throwing books, setting off alarms, and moving items on display. Two of Dufilho’s children who died while living there have also been seen playing outside. 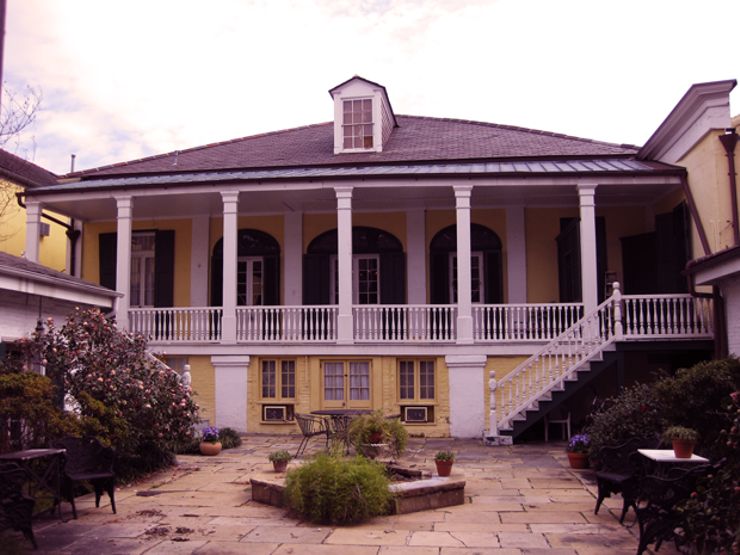 Confederate General Pierre G.T. Beauregard lived here for a few years, as did writer Frances Keyes. Though disputed, there have been reports of Civil War soldiers gazing into the distance and the echoes of battle at night. The ghost of Mrs. Keyes’ dog “Lucky” and a cat spirit also make themselves known to the house caretakers. 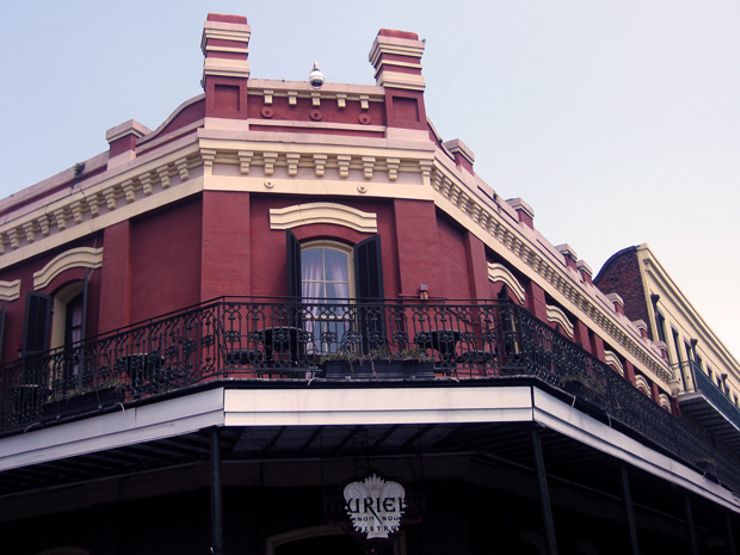 Pierre Antoine Lepardi Jourdan bought this property shortly after the Good Friday Fire of 1788, one of the largest fires in New Orleans. He took great pride in restoring the charred structure, making it his home. One night, while playing poker, Pierre pressed his luck and bet his house…and lost. Distraught, the former homeowner hung himself on the second floor. Today, the property houses Muriel’s, a lavish restaurant and lounge where many séances have been held to contact Jourdan. Participants report strange knockings along the wall, and a woman’s voice. Diners and employees claim to have seen objects flying through the air, while in the establishment’s courtyard bar, glasses have been flung against a brick wall. Despite such rowdy activity, employees say they never felt anything sinister about the paranormal presence.

Permalink Reply by Carmen Elsa Irarragorri Wyland on October 30, 2017 at 10:02am

But you can feel all that spookiness all over New Orleans, nevertheless!

Great list!  I have been wanting to visit New Orleans for a long time now mostly to visit the cemeteries but I have heard of some of the buildings.  I am worried though about being able to visit Marie Laveau's tomb...   Do you happen to know how hard it would be to find a tour/guide to go into the cemetery?