By Sally Painter Paranormal Researcher and Seer
Creepy haunted toys are believed to be possessed or at the least manipulated by malevolent spirits. Some of these toys may actually be vehicles of voodoo black magic spells while others may be benevolent loving companions of children. 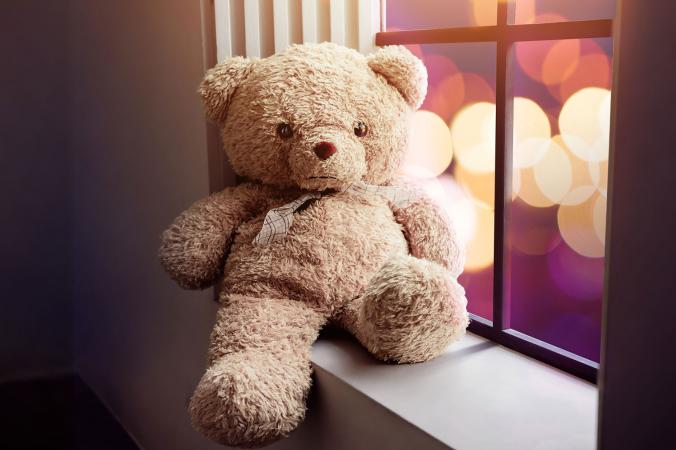 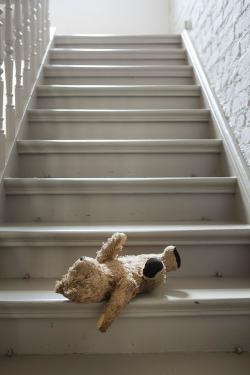 Paranormal investigator and Haunted America's resident ghost hunter Gina Lanier is best known for her investigations of haunted dolls and other possessed toys. She believes toys are the most commonly possessed items, especially teddy bears. She undertook a long-term investigation of teddy bears and concluded that a child's attachment to a teddy bear over time results in a type of love energy transference that can accumulate and respond or when abandoned, an entity might find the toy an easy conduit. Gina shares two stories of haunted teddy bears on her website.

In one case, Gina tells of another teddy bear story where it was suspected the child was being abused. The bear somehow ended up on the staircase and the abusive man tripped over it, ending up with an injured leg and hospital stay. Upon returning home, he awoke to find the bear on the bed and making its way toward him. The man fled the house and moved in with relatives.

In another case, Gina discusses how a young mother attempted to wean her child from his teddy bear. She took the bear to bed with her and snuggled with it only to be frightened when the bear moved in her arms and looked down to see the bear struggling against her hold.

In 2017, the Daily Mail reported that Debbie Merrick of Norfolk purchased three porcelain dolls at a thrift store. Soon after, her husband awoke one morning with small scratches over his legs that Debbie claimed appeared as though made by small hands like those of the doll. The smoke detectors in her home continued to go off for no reason. Frightened, Debbie packed up the one doll she believed was causing the disturbances and placed it in a shed. She later sold it on eBay in what turned out to be a bidding war. Upon inspecting the doll, Debbie claims the doll had removed its necklace while being confined in the box.

Lee Steer, a paranormal investigator from Rotherham won the eBay bid. While living with his parents, Lee reported that his father heard tapping coming from the doll's wooden box. Later that day, Lee's father became the latest victim with strange small burning scratches suddenly appearing on his arm. This occurred while Lee was live streaming the big reveal of his purchase to 35,000 viewers. Reportedly, the light he was using began to flicker. 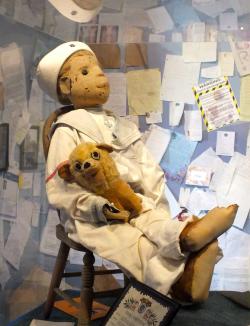 The story of Robert the Doll is one of the creepiest haunted toy stories that spans one man's lifetime. Nearly 100 years ago, Robert Gene Otto "Gene", became obsessed with a life-sized doll gifted to him by his grandfather on the boy's birthday. Gene's unnatural attachment to the doll was noticed by everyone. He named the doll, Robert, and took it everywhere he went always talking and treating the doll as though it were alive.

It's said that freaky things began to happen soon after the birthday party when Robert moved in. The family reported strange sounds, items moving from designated locations, children's laughter and Robert relocating to different areas of the home. A plumber reported watching Robert move on his own across the room. After Gene married, his wife moved the doll into the attic where it stayed until Myrtle Reuter purchased the couple's home in 1974. She witnessed strange sounds and moving objects and items. She eventually donated Robert to the Fort East Martello Museum. Soon after Robert came to live at the museum, people lined up to have a look at the famous possessed doll. Robert remains a popular museum display. You can visit Robert daily from 9:30 am to 4:30 pm (closed Christmas) at 3501 South Roosevelt Boulevard, Key West, Florida, (305) 296-3913. 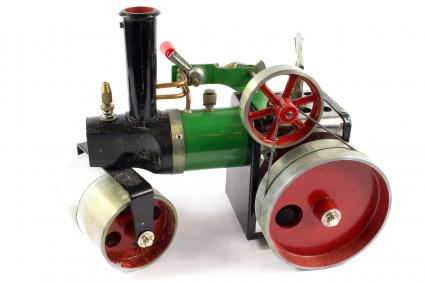 In his book, Florida's Ghostly Legends and Haunted Folklore: The Gulf Coast and ..., Greg Jenkins recounts a paranormal investigation at TT Wentworth Jr Museum when a thunderstorm briefly interrupted the power. He writes that in the makeshift toy store display that was filled with different creepy toys and dolls that he and his guide encountered a strange thing. Soon after a very loud clap of thunder that shook the building, they discovered a toy train laying on its side with the wheels spinning by themselves. He attempted to shrug off the incident as the result of the thunderous rattling of the building but found it difficult to believe, especially since the museum seemed much colder than it had been prior to the clap of thunder.

I love these stories...You just never know who else is dealing w/ something like this.