The National Solar Observatory in New Mexico has been evacuated and locked down, the FBI is involved and they are not telling us the reason. 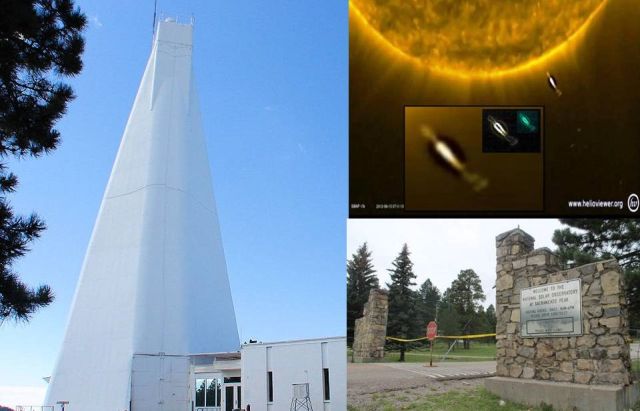 Could it be that astronomers who work at the observatory have photographed 'Something' near the sun or in deep space that must remain secret or there’s something else going, but for now it remains mystery.

"We have decided to temporarily vacate this facility as a precautionary measure. And we're working with the proper authorities on this issue," Association for Universities for Research in Astronomy spokeswoman Sheri Lofson said.

Friday, both properties remained closed to the public, with yellow caution tape around the property.

Sunspot is located in the Sacramento Mountains in Otero County about 15 miles south of Cloudcroft. There is currently a working telescope at the observatory, where New Mexico State University also conducts research.

"As locals I feel that we should know what's going on around us," Cloudcroft resident Roger Wiley said. A spokesman for the Otero County Sheriff's Office said they are not involved in the investigation.

A post office in the area has also been shut down. (Even the Post Office has not been told why). 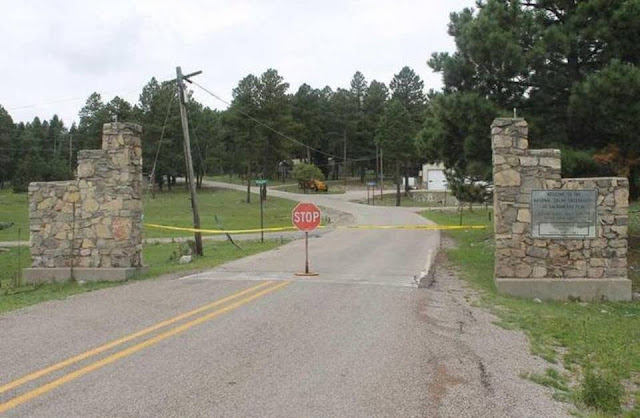 "Right now, what we're told is that they've temporarily evacuated the area. We haven't been told why or when that expires," said Rod Spurgeon, a spokesman with the USPS reports KVIA.News - KVIA video news here.

According to a commenter at ATS: But for the FBI to get involved that quick and be so secretive about it, there was a lot of stuff going on up there, House said. “There was a Black hawk helicopter, a bunch of people around antennas and work crews on towers but nobody would tell us anything, what their purpose was nobody will say.

Permalink Reply by Carmen Elsa Irarragorri Wyland on September 14, 2018 at 10:06am

I found out more about this one:

6 More Solar Observatories closed and This could be the reason!

The National Solar Observatory in Sunspot, New Mexico, and a nearby United States Postal Service office, were evacuated and shutdown for security reasons on September 9, 2018 observatory officials said but they refused to tell us the reason for the sudden shutdown. 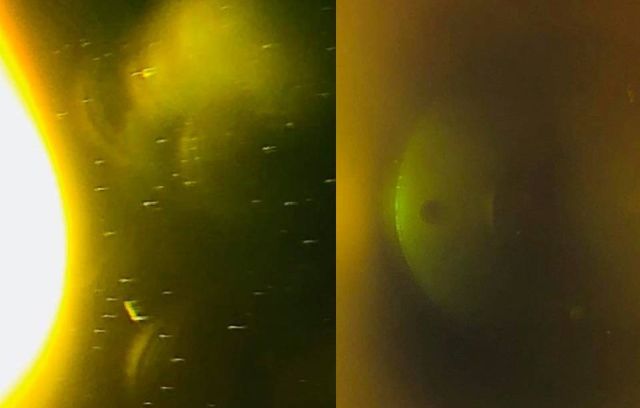 Then, NASA tries to explain what happened on September 9, 2018 by issuing a statement that there were two lunar transits passing in front of the sun.

“On Sept. 9, 2018, NASA’s Solar Dynamics Observatory, SDO, saw two lunar transits as the Moon passed in front of the Sun. A transit happens when a celestial body passes between a larger body and an observer.

The Moon does not, of course, actually change direction, but it appears to do so from SDO’s perspective based on the fact that the spacecraft’s orbit essentially catches up and passes the Moon during the first transit.

It has become known that 6 more Solar Observatories (Australia, Chile, Spain, Hawaii (2), and Pennsylvania) have been shutdown: We note that all these solar/space cams down at the same time as the Solar Observatory in New Mexico.


But there’s more; on September 11, 2018 Maria G. Hill from Salem, Indiana has photographed something extraordinary near the sun what can be described as large disk-shaped UFOs as well as a huge fleet of smaller UFOs that accompany the massive disk-shaped UFOs. 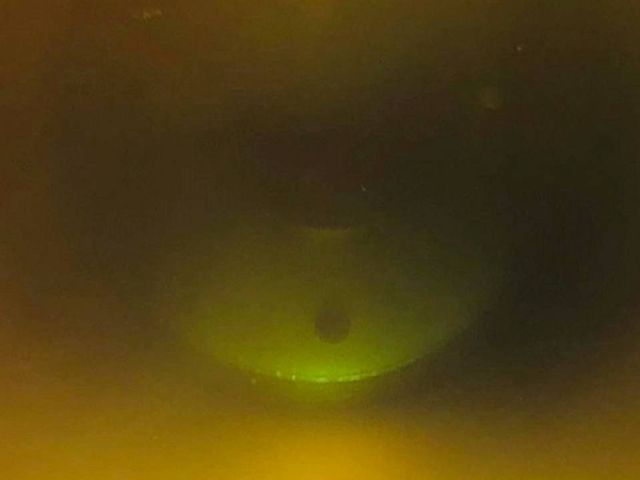 Gina wrote on her Facebook: September 11, 2018 8:02AM Salem, Indiana. “This is what showed up in my camera after I took a picture of the sun in the eastern sky this morning. iphone 8 with a camera lens adapter.” 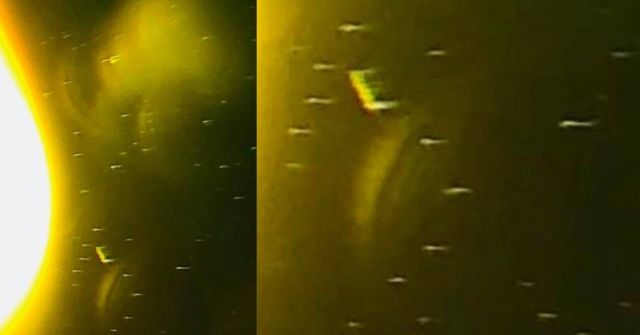 “A green circular door-like object is at the center of the vortex/worm hole and a serpent snake at the top right above it, by a circular disc. I am sure this has a symbolic meaning with the snake and the disc - pictures and videos are on my timeline” Gina said. Besides, in the two videos here and here Gina talks about the massive UFO disks and the fleet of smaller UFOs. 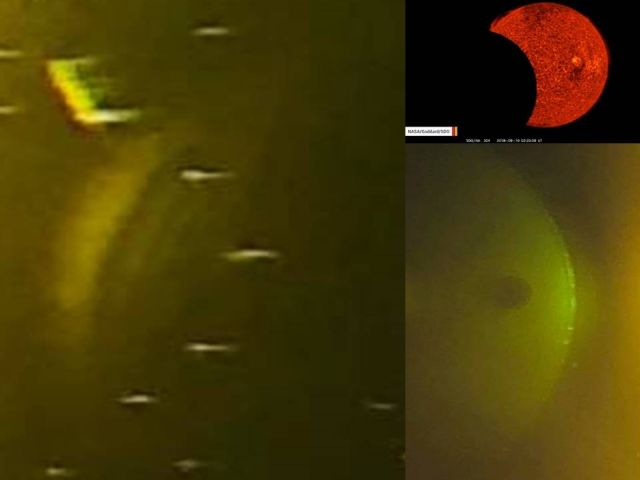 If the objects in the images are not lens flares or objects reflecting in the lens of the camera, but massive mother ships and a fleet of smaller UFOs, see images above, then could that be the reason for the sudden shutdown of 7 solar observatories?