Adults On The Spectrum Share Funny Stories That Remind Them, “Yep, I’m An Aspie!”

We all have embarrassing stories that make us cringe at the time but later make us laugh. We also have stories where we just… immediately laugh at ourselves.

Everyone trips up now and then, right? May as well share the humor.

Reddit User niceloner10463484 wanted to know what embarrassing stories other adult aspies had that reminded them, “Yep, I’m an Aspie!” And the responses are great.

[Editor’s note: Some responses have been edited for language and/or grammar.]

“My dad’s 50th – my uncle brought his girlfriend to meet the family for the first time. I thought my dad had knocked a drink over, so I sarcastically said, ‘Well done, dickhead,’ in jest. Turns out it was my uncle’s SO who knocked the drink over, however. Whoops.” 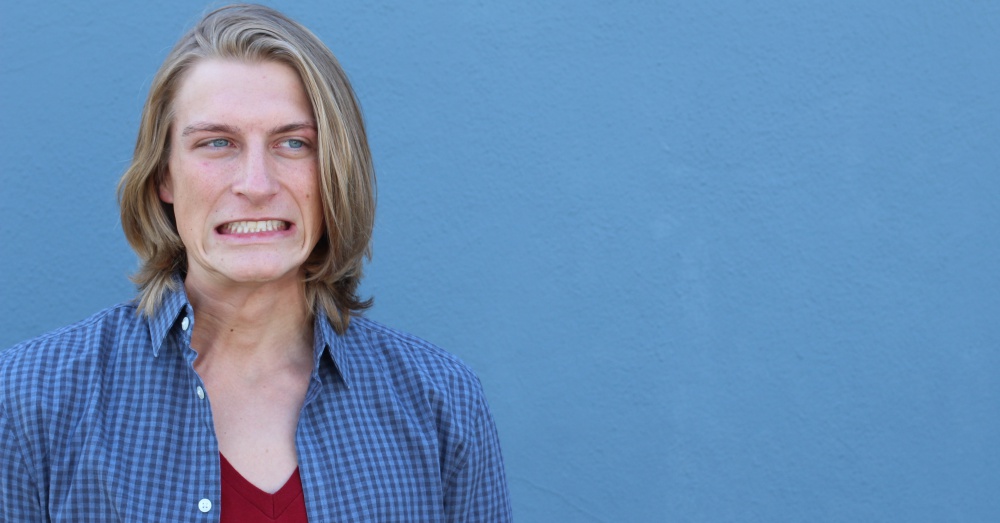 “Executive function – I wanted to sort dinner for my girlfriend so I got a Fray Bentos pie, they come in a metal tin thing. I couldn’t get the can opener to work so I used my Dremel on it, it took about half an hour with sparks flying off the whole time, hitting me in the stomach and burning me. My girlfriend came back when I was nearly done and I showed her the burn marks on my skin and she said ‘Why didn’t you just put a top on?'” 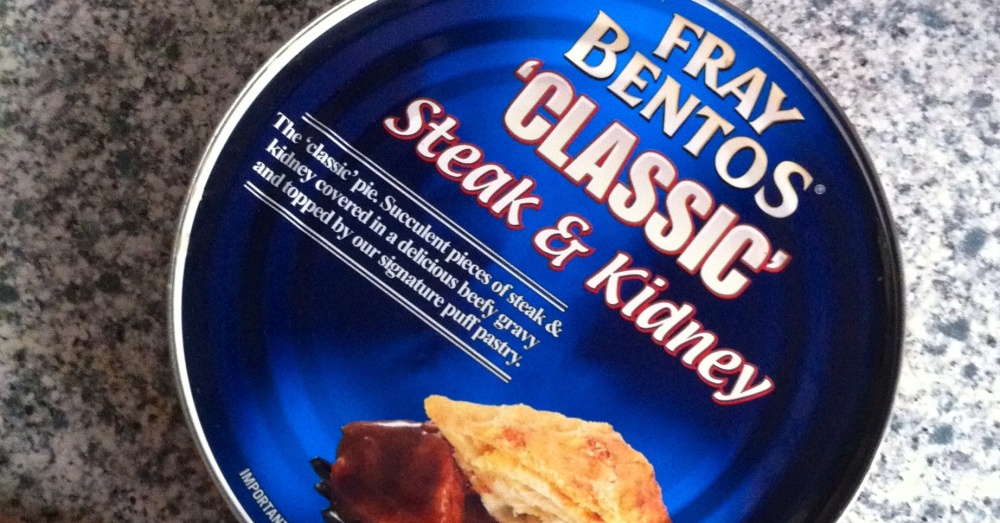 8. Talking about the merits of the abacus for 10 minutes

“I was just in a meeting where someone mentioned as a joke that we should use an abacus for the accounting.

“Fast forward to me talking about the merits of the abacus for 10 minutes until I realized no one else wanted to know about an abacus.” 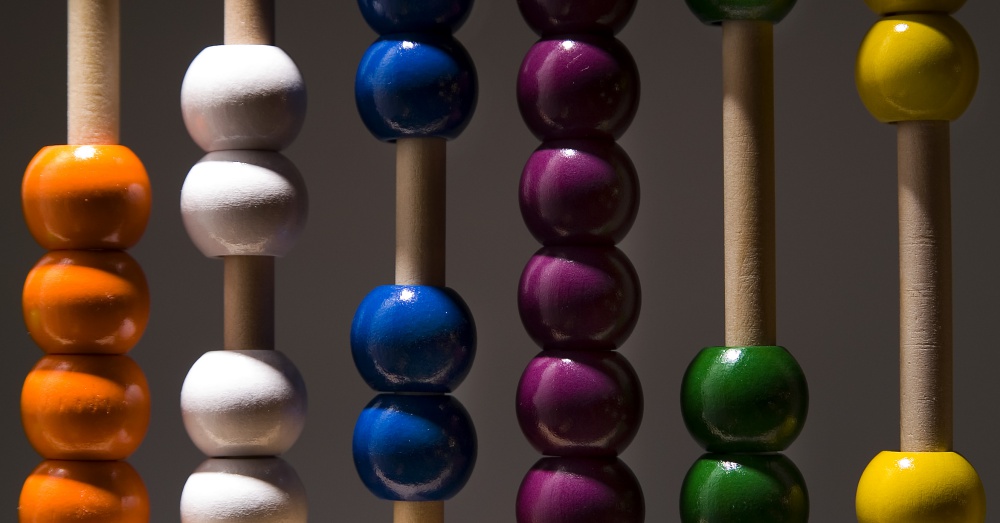 “There have been many, some super embarrassing and others just “I’m such a sperg, lol.”

“One example was last year, at a Christmas party with extended family. There were around 15 people present, which is a few more than in previous years. Everyone was standing in the kitchen, and there were something like four or five conversations happening at once. I don’t get sensory overload very often, but here, having so much talking in such a small space made for acoustic hell. At one point I told one of my aunts, ‘You’re really loud,’ in response to something she said (because I was in sensory overload, and she was indeed loud on top of everything else). Later my mom pulled me aside and told me that I had upset my aunt by saying this, and I had absolutely no idea.” 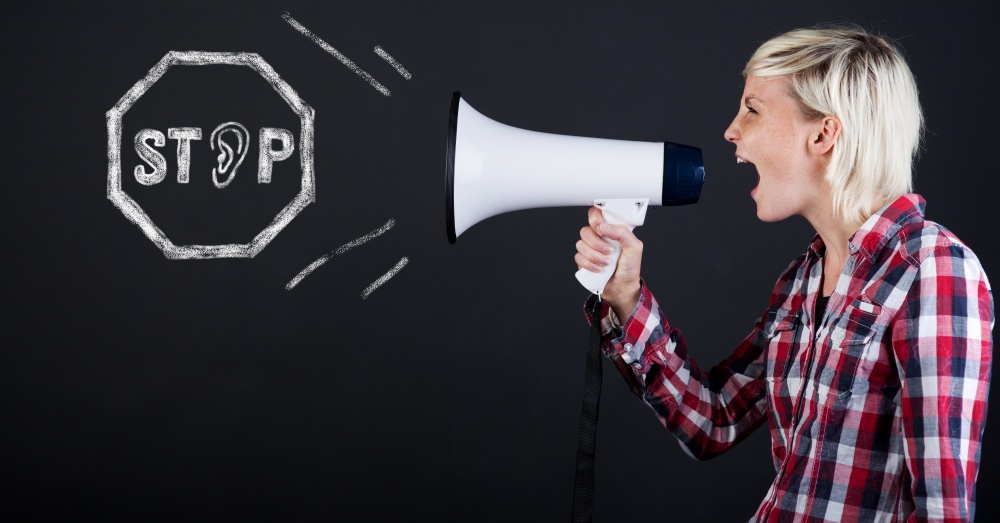 6. Not getting a joke

“I was at a house party, and someone was sitting on the cooler with beer in it, and I said, ‘Can you move for me? I’d like to get a beer.’ She said ‘No,’ and I looked defeated and started to move to the fridge. Then she said, ‘Take it easy, it was a joke.'” 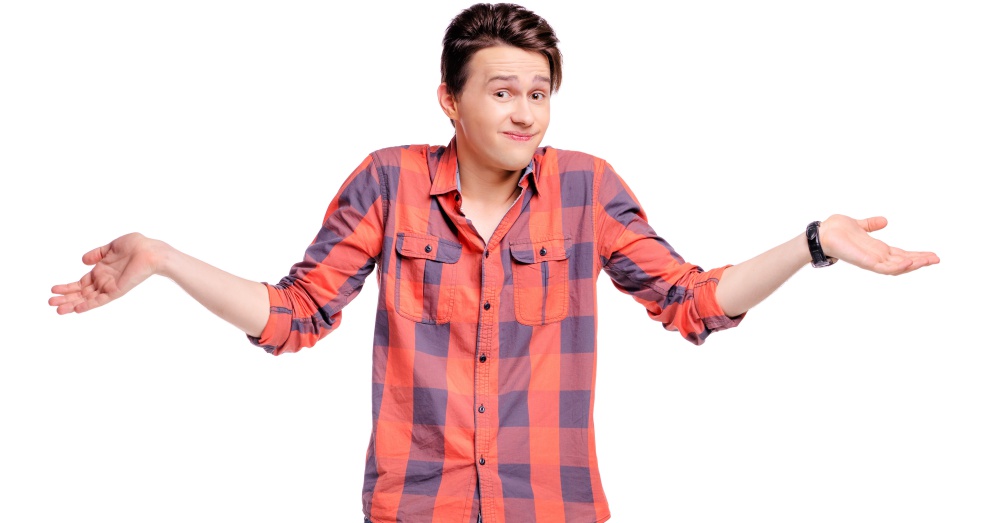 5. Saying something that comes out TOTALLY wrong

“I played peewee football, and my mother was helping the cheerleaders of my team get stuff for their outfits. They were all fretting about it, and I was going to try and be helpful by saying something along the lines of ‘It’s not the uniform but whose wearing it.’ But that’s not what came out. I said, ‘It’s not the uniform, but what’s under it.’ It wasn’t well received.” 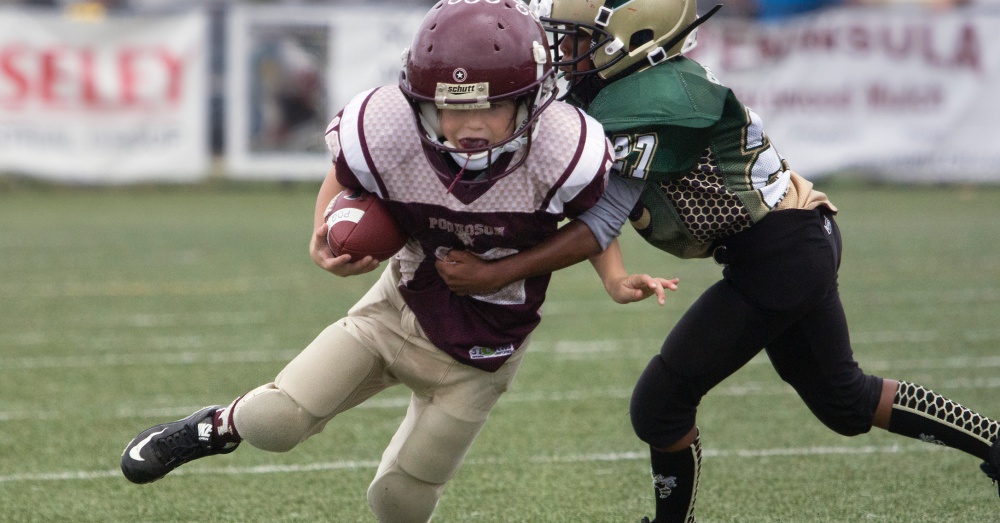 “Went to a house party with my mum.

Apparently, there was someone who was quite obviously flirting with me (which I still don’t see or believe).

The thing that made this hilarious for me was that this went unmentioned until a few weeks later when my mum sat me down and said ‘You know that someone was flirting with you?’

Me: ‘No…?’ (thinks for 10 seconds, remembers there was only one other girl of similar age there) ‘OOOOHHHHHH, her… Really…?’

Mum: ‘Yes, and I overheard you say to dad there was someone who was really annoying to you at the party.’

Me: (bursts out laughing) ‘Yes, but that was someone else!’ (I realised here that there was a mix-up between who I disliked at the party.)

Mum: ‘Oh good, I thought you saw it as flirting and thought it was annoying….'” 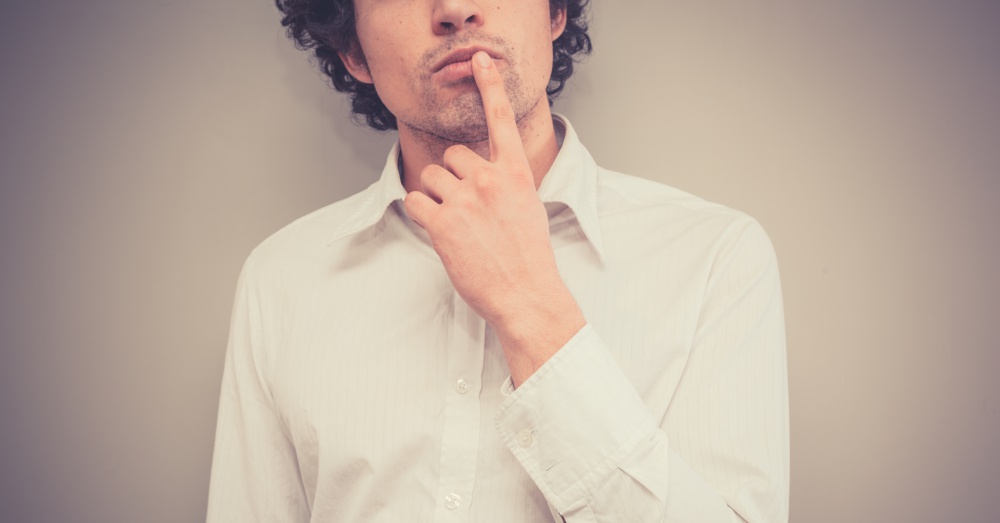 “Not exactly a memory, but recently a got a job and every single time any of my coworkers talks informal to me, tries to socialize or just make a joke, I make it awkward and they stop trying to make any small talk.” 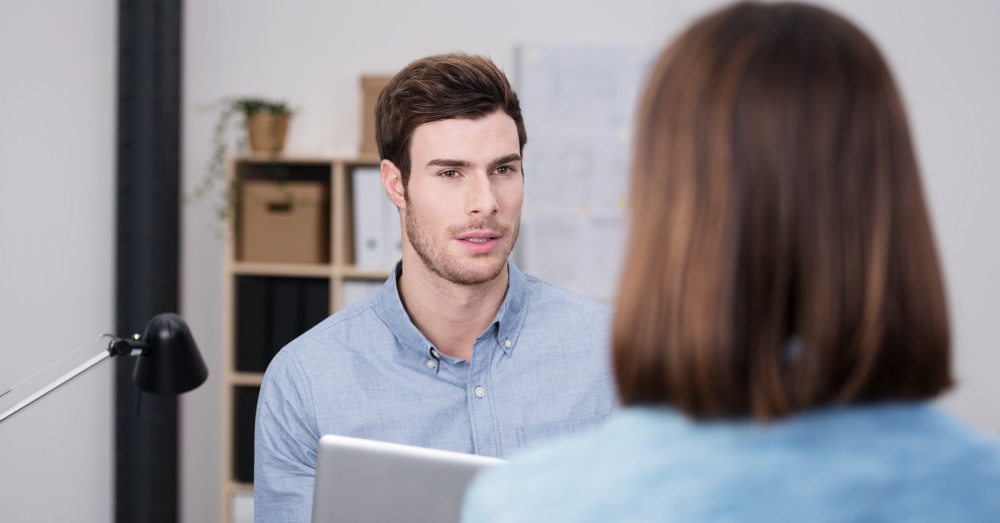 2. Mixing up my scripts

“Mixed my scripts a few weeks ago. I went to work, opened the door and proudly claimed, ‘Good night everyone!’ while entering.” 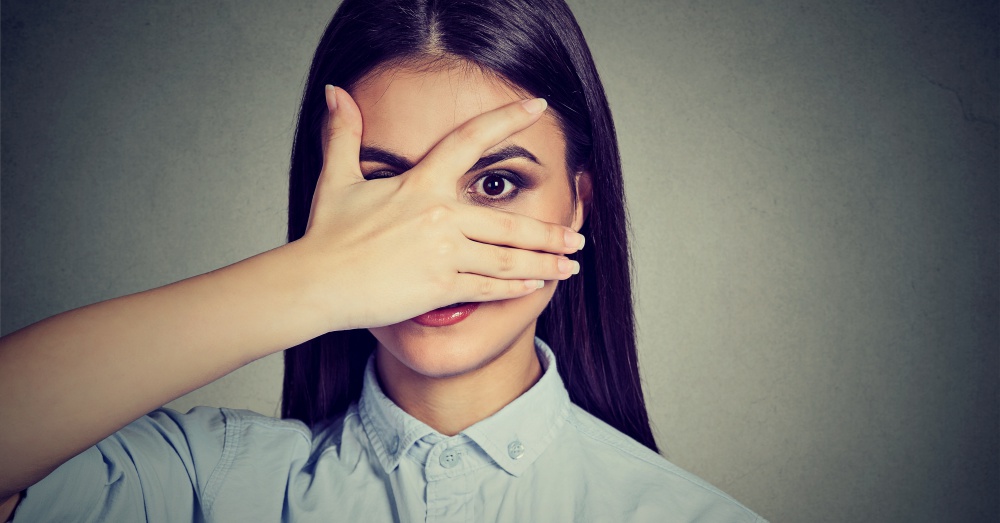 “I have a worst story to tell. My boyfriend asked me to try to talk to his brother’s girlfriend. I tried to make small talk by making a ‘girl’ stereotype comment, like makeup and all. So I started with a ‘What shampoo do you use?’ …followed by a horrible ‘downhill to autismland’ comment… ‘I sniffed your hair and it smells like coconut! It’s really good.’ My boyfriend and everyone’s face was a mix of horror with awkwardness. I’ve learned that day that you must not smell a person’s hair and ask about their shampoo preference. Yup, I’m an Aspie.” 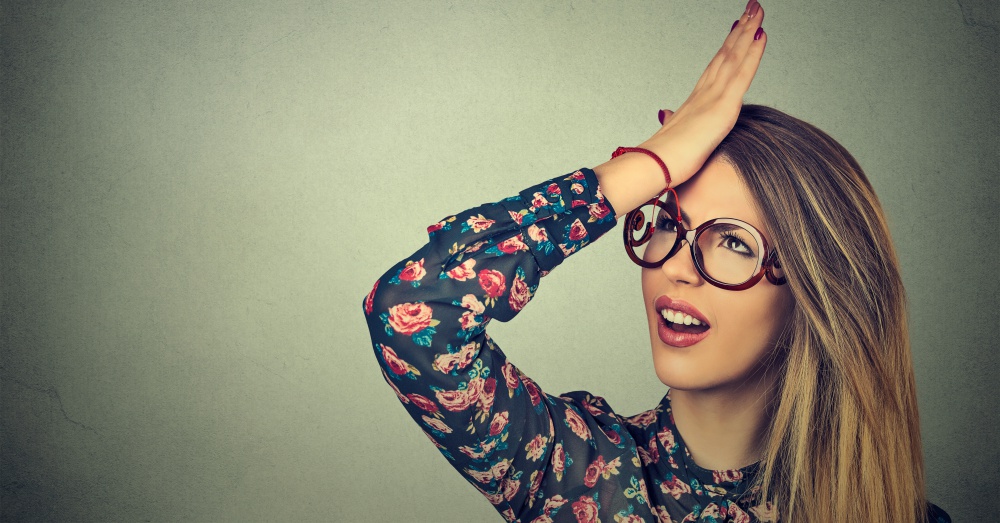 Confusion and myths about autism abound. This may be due to the fact that we still aren’t quite sure about the causes of autism, which leads people to substitute their own bizarre theories in place of scientific knowledge and explanation. Or maybe it’s due to the fact that lots of people still don’t know much about the disorder.

Some of these theories can be incredibly harmful, like the infamous “Refrigerator Mother” theory that historically resulted in children being wrongfully removed from their parents. Others can be so bizarre and “out there” that they are entertaining to hear about.

Reddit user Kevinw225 wanted to know some of the weirdest theories other Redditors have heard about autism. And the responses he got range from disturbing to hilarious. Here are some of them. 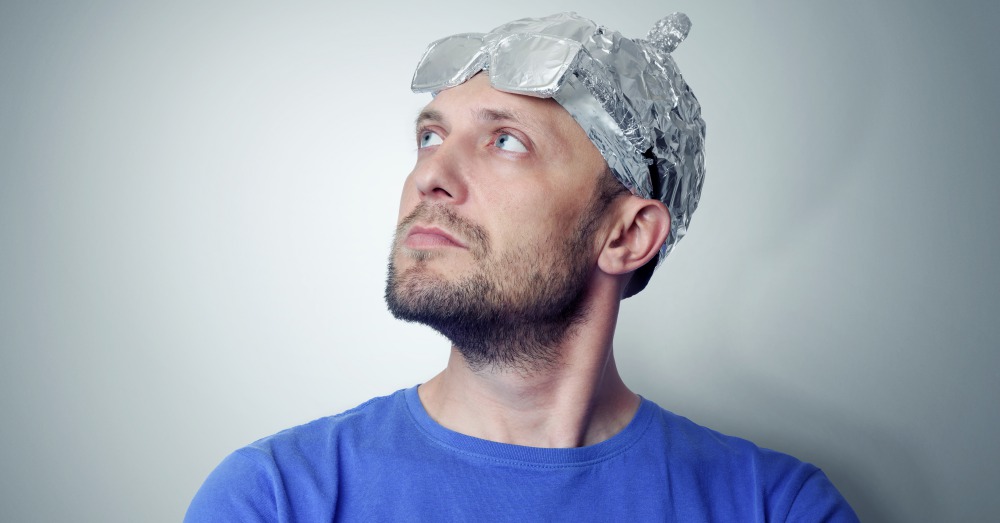 (Note: some responses have been lightly edited.)

10. Back to the Refrigerator Mother Theory…

“My sister once told me that I caused my daughter’s autism by not being emotionally connected enough when she was little (I had PPD).” —Reddit user IHeartDay9

9. Autistic People Came Up with This One…

“That autism is the next stage of evolution. There’s a group of autistic people in the UK who hardcore push this idea and they seem to be at The Autism Show and a few other autism events every year. They’re also not very nice people.” —Reddit user contents_may_vary

8. For the Last Time, Autism Is Not Contagious!

“Idiots who believe that their kid is going to ‘catch autism’ by talking and playing with my kids (both autistic, opposite ends of the spectrum). We have seen this in 2 different schools.” —Reddit user Hate_Feight 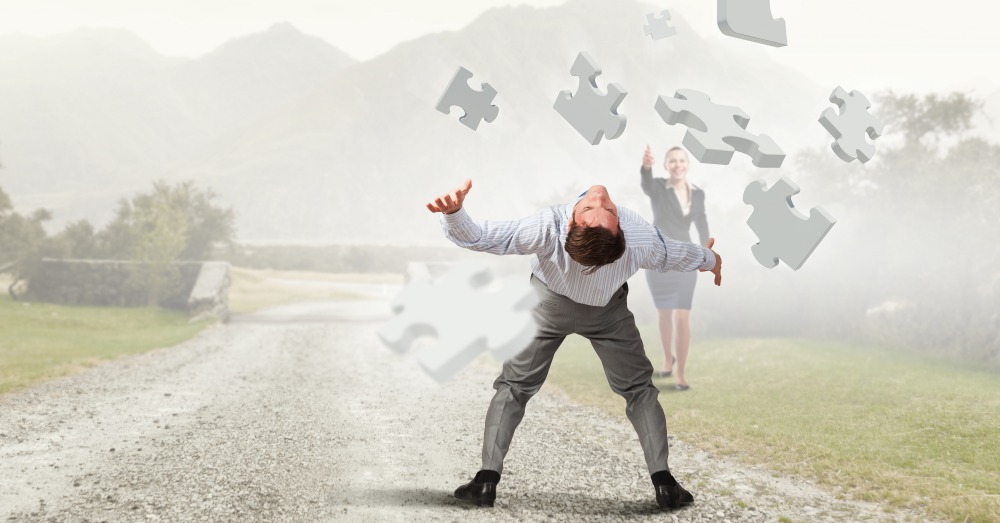 Adobe Stock/Sergey Nivens: Do people think this is what happens? Like, what even?

“Not quite a theory but I guess one stupid man’s own theory. There was an episode of Jeremy Kyle in the UK and the ex-boyfriend blamed the woman for giving their son ASD. He said she was bringing back multiple men to her house and that gave him autism.” —Reddit user stimpyette

“I’ve heard people say that they think autism is transient like a cold because most of the time the person doesn’t look like they have the condition.” —Reddit user Skaro7

5. My Personal Favorite, Too, alexserthes

“My favorite was the person who said it was caused by liberals influencing healthcare in general and that birth control made adult women autistic.” —Reddit user alexserthes 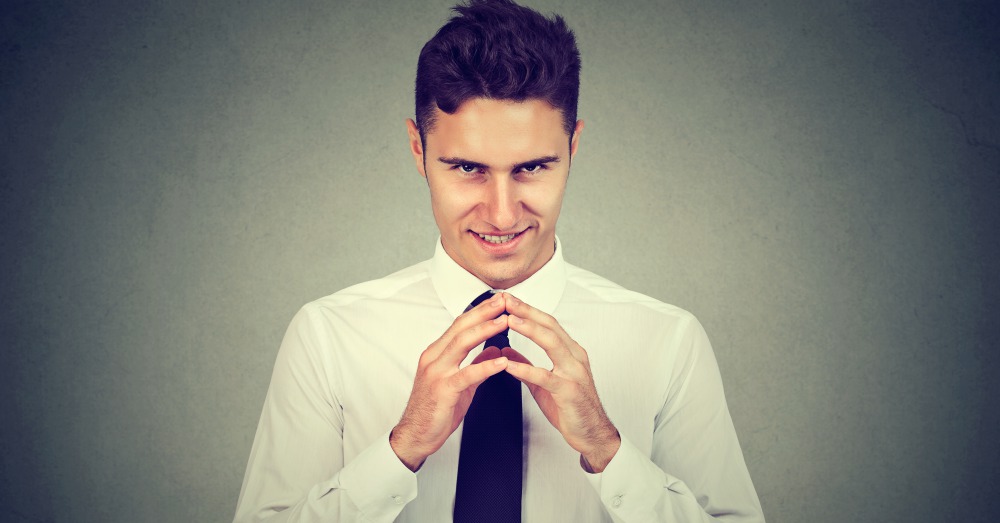 “My brother-in-law doesn’t think Autism exists. He blamed mine on ‘reading too many books.’ My niece had autism as well as some developmental problems, but according to him it was all because of us ‘treating her like a child.'” —Reddit user druminor

3. Please Take Documentaries With a Grain of Salt, Everyone…

“My mom has tried to argue with me multiple times that there is no genetic component to autism. She picked the idea up from some documentary she watched on Netflix or something, and now nothing will sway her opinion on it.” —Reddit user Liketheseashore

2. Well, at Least This One Is Positive…

Reddit user SkyPanther0 simply provided a link to an article called “23 Ways to Recognize Crystal Children.” The theory posits that some children, especially those diagnosed as being on the spectrum, are literal angels with a close connection to the spirit world. Symptoms like speech delays point to their transcendence of earthly realms, and they are believed to be well on their way to changing the world with their wisdom and love. Hey, at least this one sounds nice! 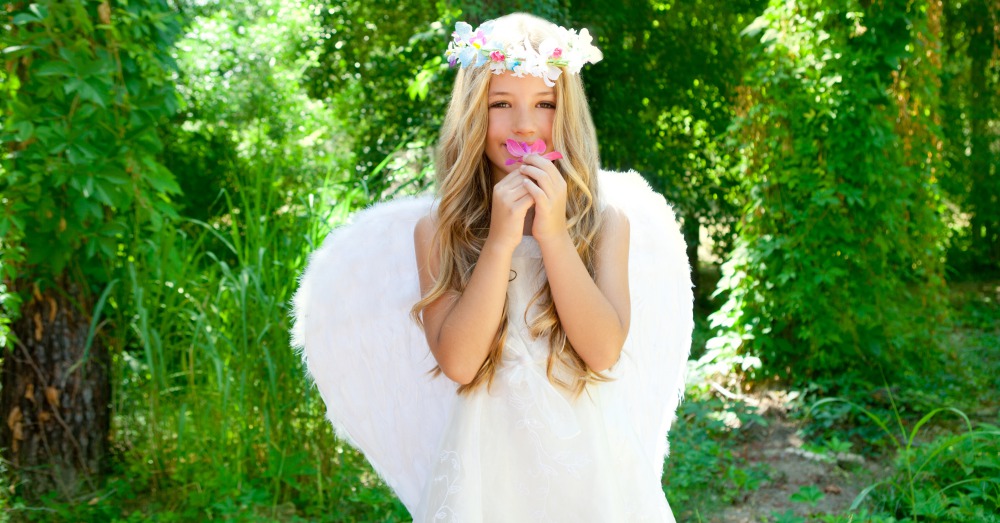 1. Lastly, a Theory from Someone in the Thread…

Thanks for posting these Linda!

Lots of those hit home.

Our gf Tina thinks we fit on the highly-functioning end of Aspergers...

We more or less agree that Aspergers and Autism are evolutionary, tho we sure never mean to be rude by saying so.

You just say things point blank. My daughter is PDD(pervasive disability disorder)so I'm more or less used to it. We have a few autistic people here.  I secretly think my husband is an aspie, ut he won't get tested, at this point in time, It doesn't really make a difference, I'd just like to know that I'm right.