12 Side Effects of Drinking Tea Every Day Pinkies up! Tea can do wonders for your body's health—and for weight loss. When brewed right, there are a lot of positive side effects you will experience from drinking tea every day. But there can be some downsides, too. So, we've added a few negative side effects that can occur by drinking a lot of the world's second most popular beverage.

"Any plain tea without sugar, honey, and syrups is great for weight loss," says Amanda A Kostro Miller, RE, LDN, who serves on the advisory board for Fitter Living. "Not only can you get fluid for hydration, [but you're also] filling up your stomach for only a few calories."

A cup of tea can ward off cravings, and if you swap your daily sugary blended coffee drink for tea, you can save 250 to 450 calories. In addition, some studies have shown that regular tea drinking combined with diet and exercise may improve weight loss. A study in the The Journal of Nutrition found that compounds called catechins in green tea, when paired with moderate exercise, boosted weight loss and abdominal fat loss.

You may gain weight because of what you're adding.

Turning tea into an SSB (a.k.a. a sugar-sweetened beverage) by dumping tablespoons of sugar or honey in or making "milk tea" can lead to weight gain if you drink enough of it. Even your beloved bubble tea or "boba milk tea," as it's known in Asia and Europe, can overload you with calories. These tea beverages gaining popularity in the United States typically contain high fructose syrup, fruit, and round, chewy "boba" or "pearl" balls made of tapioca. A review of research published in Food Sciences & Nutrition found that these sweet drinks contain between 200 and 450 calories per 16-ounce serving, more than you'd get from the equivalent serving of soda.

It can reduce inflammation.

Green tea and its powerful catechin EGCG (epigallocatechin-3-gallate) have been shown in studies to suppress the gene expression of inflammatory cytokines and related enzymes. The anti-inflammatory effects are beneficial against cardiovascular disease, diabetes, cancer and neurodegenerative disease.

Sipping on green tea can work wonders for your body! Here are 7 Amazing Benefits of Drinking Green Tea.

Your body may react negatively to tea concentrates.

"I have visited several of these loaded tea stores, and here's my take: many promises to deliver quick energy-boosting tea drinks, but don't fully disclose all ingredients in the teas served, which in theory can be dangerous," says New Orleans-based nutritionist Molly Kimball, RD, CSSD. "Many loaded teas contain effervescent tabs that include tea concentrate powders, like Herbalife Liftoff. If you have any pre-existing health conditions, such as diabetes, or are on certain medications, like blood thinners, these added ingredients can be super concerning."

Some of these loaded teas are made with guarana and ginseng, which have stimulating effects similar to caffeine and even niacin, a B vitamin that can cause flushing.

You may experience the negative effects of too much caffeine.

While up to 400 milligrams of caffeine a day is considered safe for most adults, some people are extra sensitive to the stimulate. Even though a cup of tea contains just about 47 milligrams of caffeine, a few cups late in the day may be enough to make falling asleep difficult. Other possible negative side effects of the caffeine in tea include headaches, hypertension, and irritable bowel syndrome, according to the Mayo Clinic.

For many years, people suffering from tinnitus have been advised to cut back on tea and coffee, the thought being that the caffeine may raise blood pressure enough to cause the annoying sensation of ringing in the ears. Several studies suggest that thinking is incorrect. In fact, data from the Nurse's Health Study II involving more than 65,000 women reported in the American Journal of Medicine found that women who consumed the caffeine equivalent of more than three eight-ounce cups of coffee experienced fewer cases of tinnitus than women who drank one cup daily. It may protect you from skin cancer.

Researches suggests that drinking tea—green, black, or white—delivers a host of beneficial compounds that may ward off some cancers, including non-melanoma skin cancer. One study from the American Association for Cancer Research found that tea strength, brewing time and temperature may affect the potential protective effects. Steeping longer for stronger tea and drinking it hot was associated with lower risk of skin cancer. Adding citrus peel to hot black tea may offer further benefits for protecting against squamous cell carcinoma, the second most common skin cancer, according to a report in BMC Dermatology. Researchers say citrus peel not only contains a higher concentration of vitamin C than is found in the juice, but also a greater amount of the bioflavonoid d-Limonene, which has been shown to provide antitumor agents in rodent studies.

It could give you yellow teeth.

Tea is generally a very healthy beverages but it's notorious for staining teeth, says registered dietitian Bri Bell, owner of Frugal Minimalist Kitchen. The acid and tannins in tea can give teeth a yellowish hue over time if you drink it daily.

You may have stronger bones.

A couple of cups of tea a day may keep the orthopedic surgeons away. That's because studies have found that tea contains a powerful group of nutrients that can stimulate bone formation and help slow its breakdown, protecting against osteoporosis, also known as brittle bones. Black and green tea have been shown to be beneficial. In one study published in the Journal of Agriculture and Food Chemistry, scientists exposed bone-forming cells called osteoblasts in a laboratory culture to three key chemicals found in green tea and found that one, the catechin EGC or epigallocatechin triggered new bone grow by up to 79%. In the Mediterranean Osteoporosis Study, black tea was identified as being protective for the risk of hip fractures of men.

Some teas may have traces of heavy metal.

"Drinking tea every day increases your chances of ingesting a high number of heavy metals when accumulated over time," says nutritionist Brandon Nicholas.

A number of studies have shown that brewed teas, especially herbal teas, may contain unsafe levels of heavy metals. Lead, arsenic, cadmium, and mercury have been found in brewed black tea originating in China from sold and air contaminants that may be directly related to the use of coal-fired power plants, according to researchers reporting in the Journal of Toxicity.

You'll need to use the restroom frequently.

Tea contains caffeine, a well-known diuretic, which means the more caffeinated tea you drink the more you're likely to hit the rest room. But even though you'll be going more often, research suggest that you needn't worry about getting dehydrated unless you're a heavy caffeine consumer (think five or more cups a day).

It could protect you from certain cancers.

A number of epidemiological studies have demonstrated that black and green tea contain natural compounds, such as polyphenols and the catechin EGCG in green tea that may provide a protective effect against certain cancers. Drinking several cups of tea daily, the studies suggest, may reduce the risk of breast cancer, prostate cancer, lung cancer, and colorectal and pancreatic cancers.

In simple words it is a holy remedy. 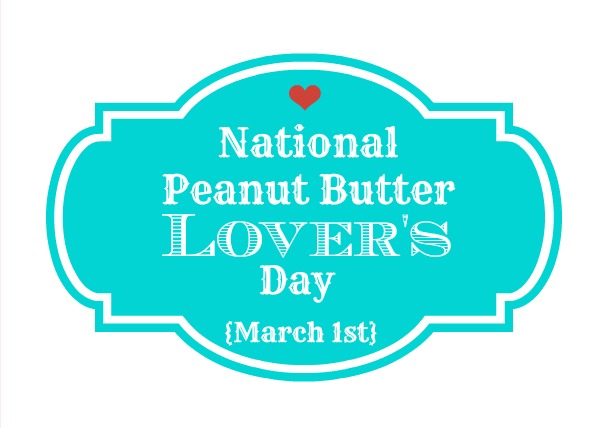 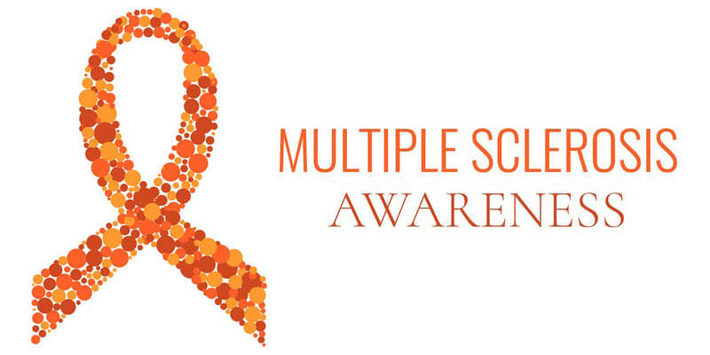 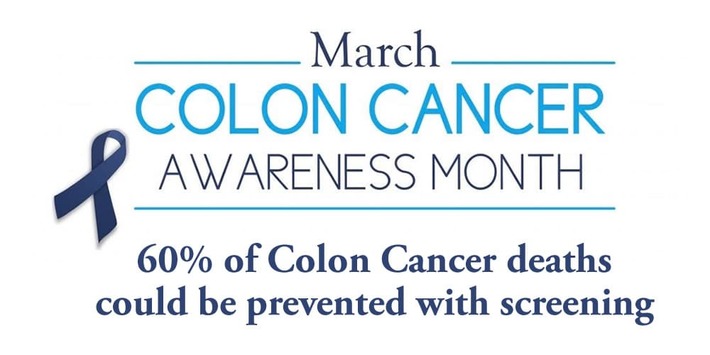 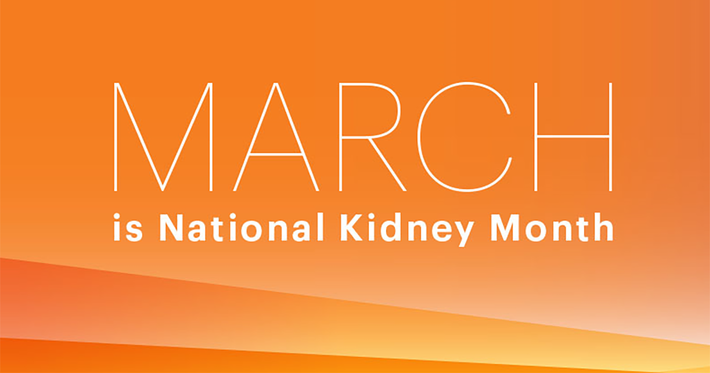 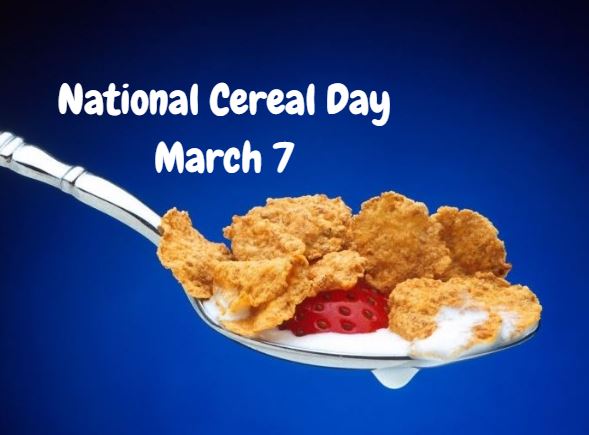 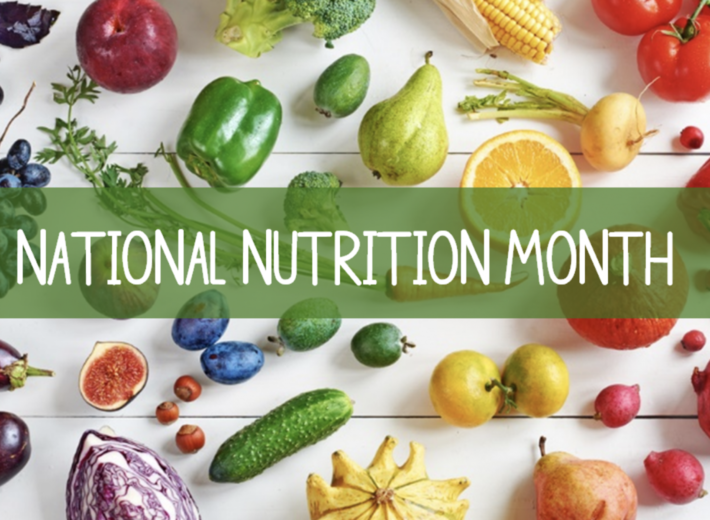 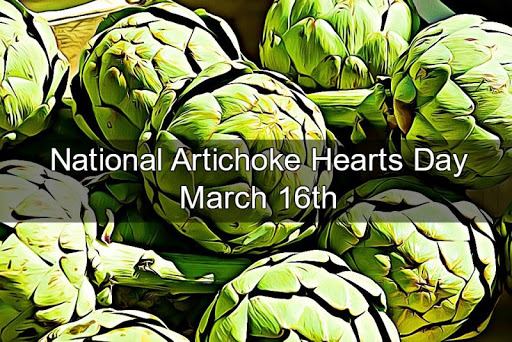 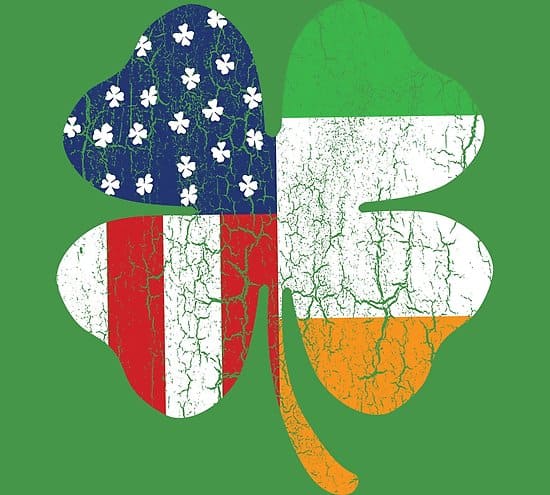 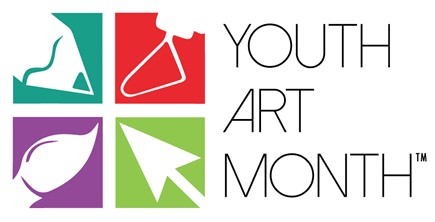 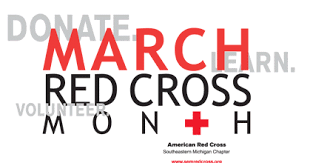 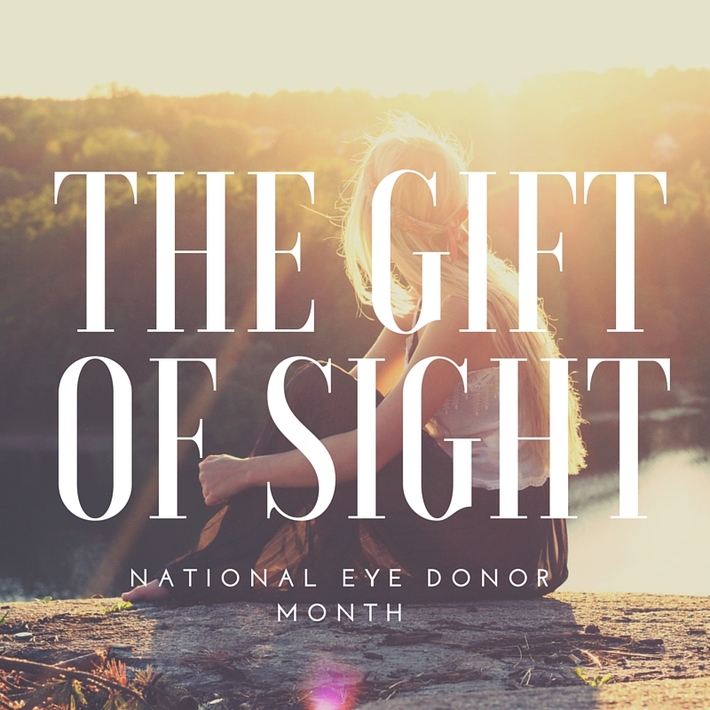 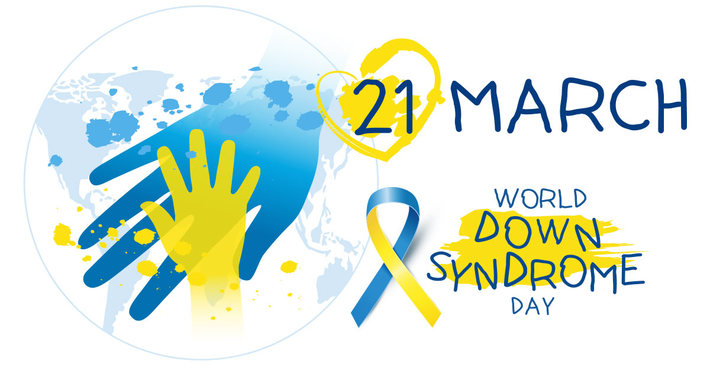 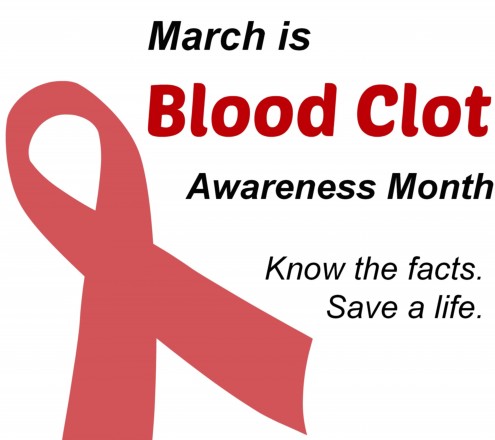 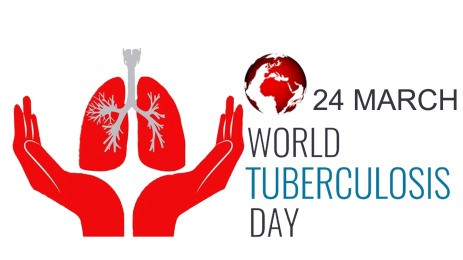 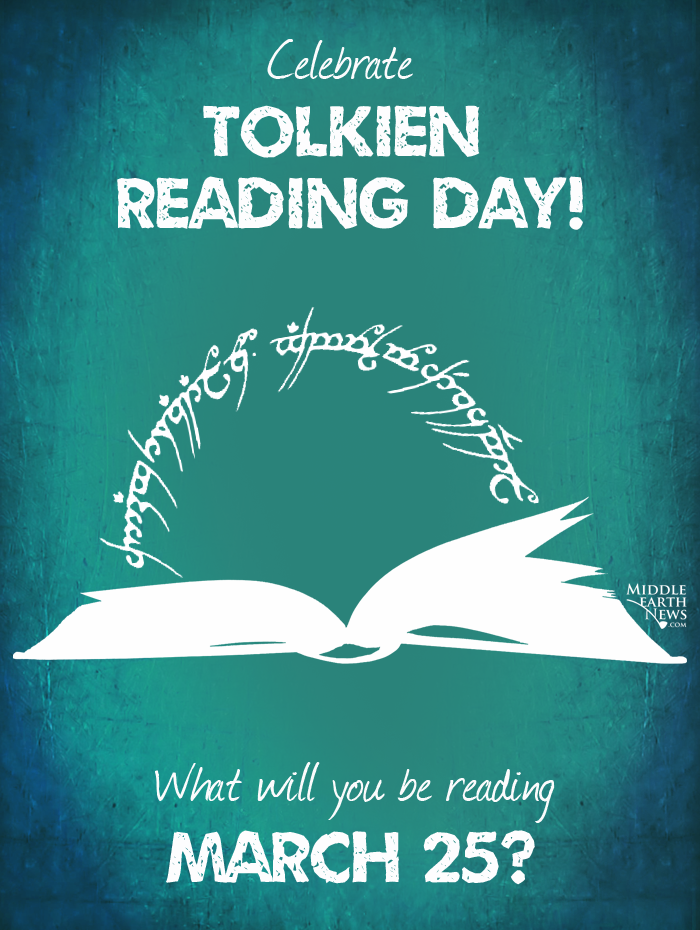 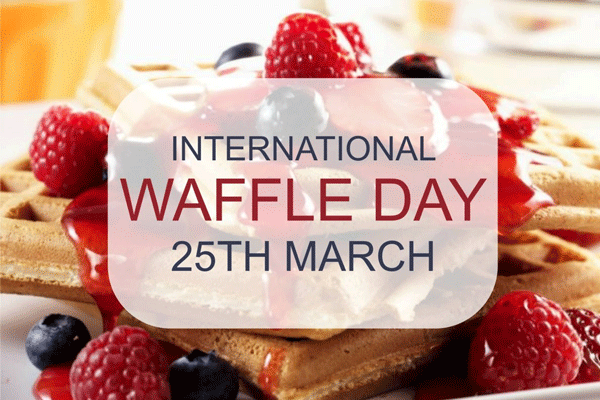 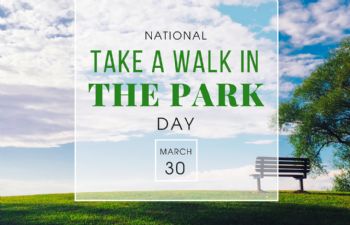 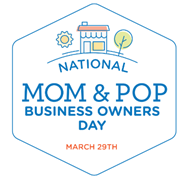 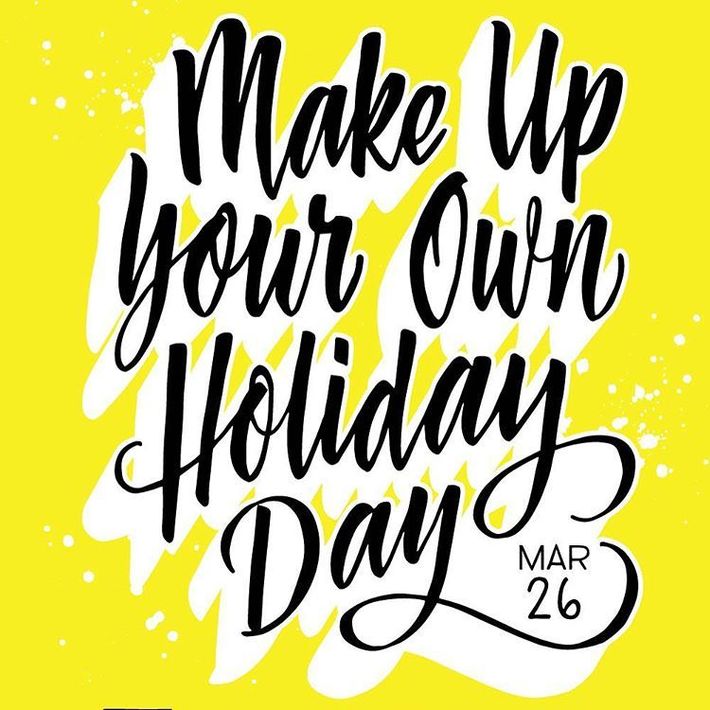