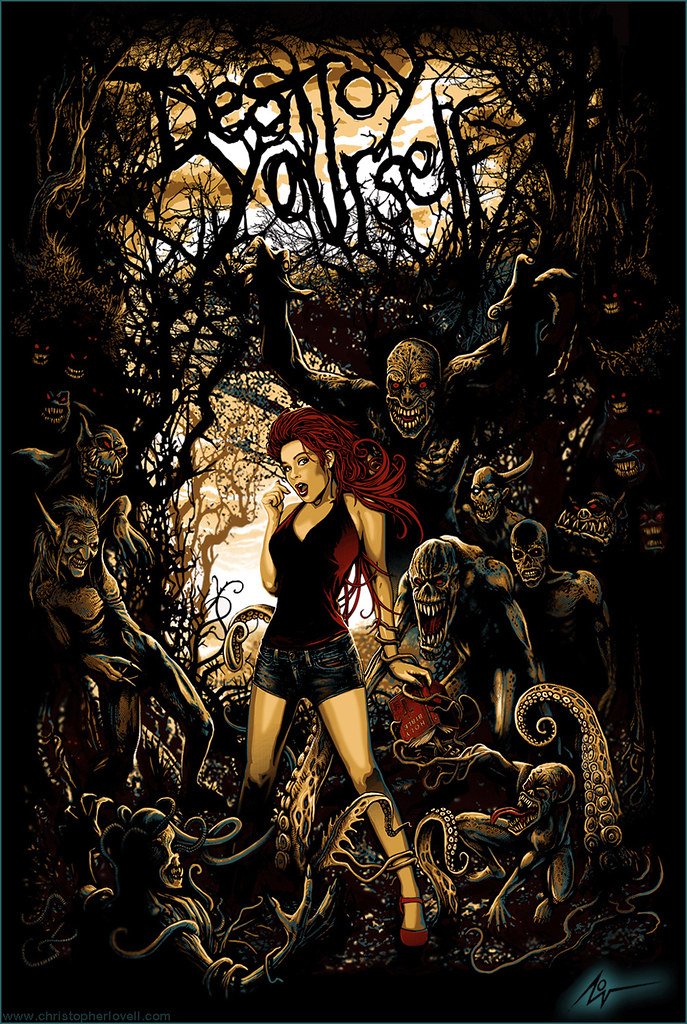 Back in the day, I was ignorant. Not really understanding anything even after my kundalini had been activated by an Angelic Guide. I wasn't forced, but I was initiated. There's more than meets the eye. I find that the All Seeing Eye differentiates between what is real and what is fantasy. If you intermingle the two, then you find your faith. I'm rooted mostly in the Orion Empire, but still have ties to the Draco Empire. To be honest, there one and the same. Through the Hunter Constellation, it expands into other galaxies and universes. This includes Sirius and Pleiades. Now onto the Draconian Path.

I have thres Master Guides, one is Ariel and the other Lucifer, and last but not least, Michael. I find that I embody the Archangel Samael. After visiting Ursa Major with my guides, I was initiated into being a Grim Reaper, or a Death Angel. Being a psychic/medium has put me in the position to address all beings that are trying to move on to the light. I find that there is justice throughout all Worlds, including the Bottomless Pit aka Hell. My understanding is that the black hole M42 in Orion Nebula under Orion's Belt is where the Bottomless Pit is. Besides that, I find that as a Death Angel, my goal is to find whatever truth there is in the World to understand how to better myself.

When you follow the left hand path, you become your own God or Goddess. You take on the role of the Elohim and you make decisions that the Throne wants you to make. The left hand path is not for those that don't have a spine. It's hard but very rewarding. Draconian Magic allows one to come to an understanding that decisions made in the mind are put into action and then will be judged at the end of time. I find that the Draconian Path is extremely demanding, and you're literally being crucified in the realms of Hell in order to become the best you. It's actually for your benefit to act on what you need to do now so you have a better chance in being redeemed in the afterlife.

Ariel and Lucifer demand perfection. It's been a struggle because I've been very agitated of a lately. Writing is the only remedy to me feeling like I'm on fire. Even as I write this, they continue to chime in on what needs to be said.

My whole goal is to make it to Heaven. But by the time I get there, I fall back into the Pit, only to address demonic presences that flow through the people of Earth. People misunderstand the left hand path because they assume it's all together evil. I don't agree because it allows you to make the decisions that the Angels decide on. When you elevate with the Draconian Path, you become of a value to the people surrounding you. That could either be your friends, co-workers, or family. Practicing restraint is the real reason behind the Draconian Path. You have to understand the mathematics behind what we know as Sin. There's a right way of going about it, and the Elohim will reward you, if you do the right thing on your own accord.

Faith can take you a long way. I was strictly Christian before I got into the Occult. The one thing that I despised as a Christian was Lucifer, who eventually became Satan. After my kundalini had been activated by Ariel, I fell into a world of hurt. The dark night of the soul is vicious, but I've became a better person because of it. The point to all this is me explaining what the Draconian Path is to me. Yes, it's the left hand path but that doesn't mean you have to be a black magic ass, cursing all who dare cross you.

I actually was in a situation where I was having difficulty with a friend of mine. He is Muslim, and his belief was that Angels don't have free will. I told em about the Fallen Angels and Nephilm. He said that Angels couldn't fall. What makes you think that any God wouldn't allow anybody, including Angels, to make their own decisions. Anyways, the Jinn King Bael had made a recommendation to me. He said to curse him because his heart was hardened. I hadn't talked to em since Febuary of this year and he called me last week. He told me he ended up in jail after violating his probation and he was now in a group home. Now did I fell particularly good about this? No, I didn't. But I find my Master Guides and personal Jinns seem to think this was the appropriate action because my friend wouldn't see the truth after I have given him all the evidence contrary to his opinion.

It's a hard job having to weigh the very souls of the Universe but it's very rewarding. I have been refined in the fires of Hell ever since I started practicing the Draconian Path. Too much emphasis is put on the very notion that our God performs everything on his own. Of course, plans came from the tippy top, but as an Fallen Angel, I find that God allows me to make the decisions that He would make. Hence, the left hand path.