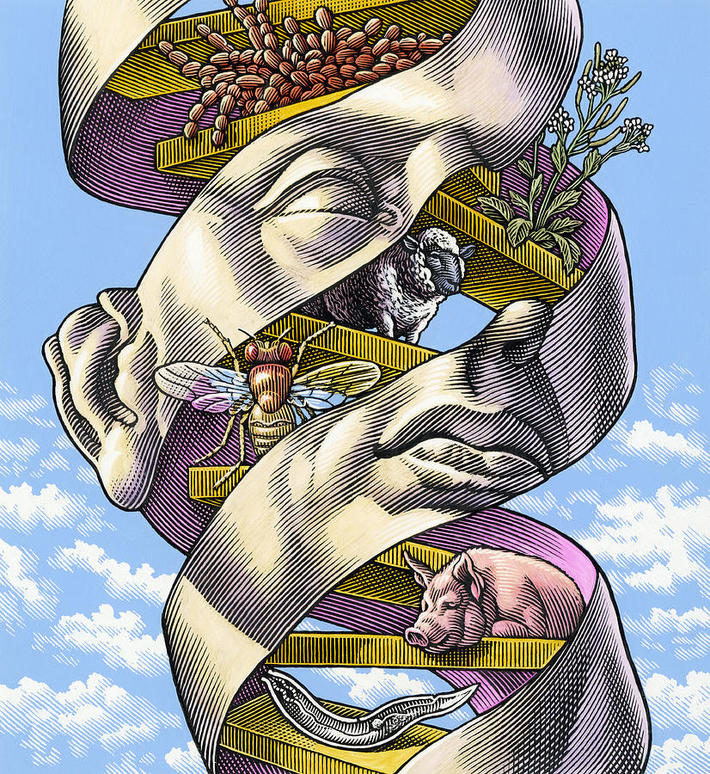 Man, these past two years have been a whirlwind for me. I really just began experimenting with all forms of magic and in particular, Draconian Magic. I've done a number of rituals and let me tell you, it works.

It's interesting because I find including my own blood in my rituals to be very beneficial. It seems to go along the lines of actually sacrificing a bit like what Christ did on the cross. It's truly amazing.

I've had a number of spirit guides, including a Master Guide and a Guardian. A lot of what I do has to do with the ethereal realm. There's more than meets the eye. I find that these guides are really manipulating matter around me. They don't always tell me the truth and I like that because I find out on my own. Most of the time I feel like I'm taking a risk. Part of the reason why is because I like to go all or nothing.

I associate with a few Jinns, but in particular, King Bael. My first ritual, I ran into King Paimon. He then directed me to go to King Bael. I've done things where I've set up my "Lesser Keys of Solomon" to be the perfect Sol Assassin. I find that I'm more in tune with the Moon even though my angel is a Sun God.

I've tried my patience in relation to my twinflames. Everything seems to correlate with whatever they feel. I've learned a lot about women because of the women that I have associated with. To be honest, it feels like Heaven on Earth after my kundalini had been activated.

The stigma with blood magic is overrated. People misunderstand that pricking the thumb is not as sadistic as it seems. In other words, it works! I would have to say that Paganism is the true Faith of those that work the Left Hand Path, at least for me. I had ran into a block with the Bible and that's when I got into the New Age.

Blood Magic is very potent. It allows to let your soul speak for itself. I've had actually made pacts with a few Jinns to get the right "medicine". What I mean is that I struggle with ADHD. Both Jinns, Buer and Bathin have allowed me to get the right ethereal implants that I needed to be able to get what I wanted from the Most High which is knowledge. I can actually be a think tank and get the information I want because of what these Jinns have provided me after I had done numerous rituals on both the New and Full Moon. The pricking of the thumb has allowed me to feed the stimulant side of things.

After about a year of performing rituals I can finally say that Blood Magic actually works. People confuse the whole notion of pacts with Jinns because they seem to think that it's permanent. That's not true. After they provide, you can either continue to work with then or move on. But because I get the euphoric feeling when studying, I'm going to continue to do these rituals.

I hope that this post doesn't go against the site's rules. I only say this because there use to be a thread on blood magic and it had been removed.

If this isn't appropriate then I'm fine with whoever who removes the post. Other than that, thank you for reading.

It's actually refreshing for someone to post about their own experiences.  And this will give others, including me perhaps a chance to dabble in blood magic a bit.  Yes, many people have the wrong ideas about any paganism. When I was doing research for this group for some discussions I ran across some christian based sites(I think) that basically said anything that is not Christian is left-hand path.....sad.

Everyone has the freedom to seek what is best for themselves.
And we all pay a price for our mistakes.
That's my opinion.
Thank you for posting yours.

Most definitely! Thanks for reading!

Just out of curiosity do you consider using blood in your magic to be LHP?  I do not personally but maybe you identify with the LHP of magic and ideas...  This is a great post and it is refreshing to hear about someone's actual practices and ideas!  Please feel free to share more!

I do consider it to be LHP, even though the same idea could be considered RHP, in reference to sacrificing a little to the Most High. At first for me, it was all about Christ, before I got into the New Age. After finding whatever "faith", my rituals concerns in particular, my angel, which is Samael. So writing this out reminds me, that yes, blood magic is more associated with the LHP.  Thanks for your question, and yes, I definitely be writing more about it in the future.