Papa Legba And The Internet

The COVID-19 crisis has left many of us reliant on the internet for work, for hobbies, and/or for socialization.

So perhaps it is a good time to consider any spirits or deities associated with the net.

The internet dates only to the late 1960s at earliest, depending on how one counts; certainly no ancient cultures had any patron deities of the internet.

But our understanding of the gods has always evolved; old gods assume new roles.

The Voodoo loa Papa Legba is the master of roads, the intermediary between the worlds. He is usually the first to be invoked in ceremonies, because he opens the way between humans and the spirit world. He is said to speak all languages, and so facilitates communication and understanding.

But he is also a trickster, a not-always-reliable source of information.

Does this begin to sound a bit like the internet? Techo-Pagans have associated Legba with the net for decades, thanks to William Gibson’s 1986 cyberpunk classic Count Zero. In that novel, artificial consciousnesses that have developed within cyberspace adopt the guises of various loa. Legba is specifically identified as “loa of communication, “the master of roads and pathways,” who saves the story’s hacker protagonist from “black ice”, lethal security software.

Gibson’s interest in the intersection of Vodou with tech was based on noting a parallel between the traces of printed circuit boards, and... 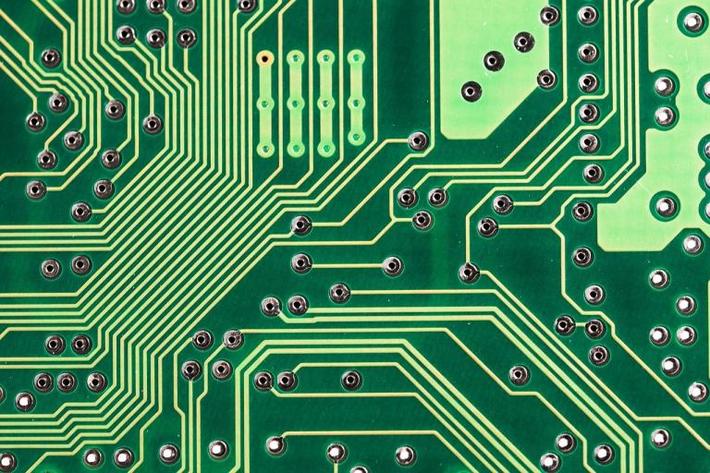 It is Papa Legba (not “the devil”) whom we meet at the crossroads. And what are the routers and hubs of the internet, where data packets are sent this way or that way, but crossroads?

So as our lives move on-line in the weeks to come, it would seem meet to pay respects to Papa Legba, Opener of The Way, Master of the Crossroads. Traditional offerings include candy, tobacco, black coffee, and rum. I think I will go to my nearest crossroads and pour out a little coffee (caffeine being famously associated with the hacking culture that built the net) and rum (because everyone loves rum).

(Here’s a magical question for your consideration: my nearest crossroads became a traffic circle a few years ago. Now, it seems to me that island at the center of the cross just provides a convenient place to stand without getting run over, but what do you think? Is a four-way traffic circle still a crossroads? Does it matter that it was a simple crossroads for decades before? And what about the fact that it had been a road and railway/streetcar crossing before that? Infinite arguments for mages.)

"I think I will go to my nearest crossroads and pour out a little coffee (caffeine being famously associated with the hacking culture that built the net) and rum (because everyone loves rum)."

Ain't that the truth. Nice article!

Yes to me a crossroad still is a magical gateway even if it had changed or transform itself... think magic can be adjusted, adapted to our modern days