The Pythagorean Degrees of the Illuminati

The Pythagorean Degrees of the Illuminati

1st: The Heaven of the Fixed Stars.

2nd: Kronos (Saturn). Kronos was the leader of the Titans. (He castrated his
father Uranus, thus taking his power from him. He ruled the world during the
mythological Golden Age. He was the father of the Olympian gods. He was
overthrown by his son Zeus, and he and the other Titans were bound in the
underworld.)

3rd: Zeus (Jupiter, Jove). The king of the Olympian gods.

6th: Aphrodite (Venus). The goddess of love and beauty.

7th: Hermes (Mercury). The messenger of the gods.

Antichthon is the highest degree because it represents the opportunity for
humanity to transform itself beyond recognition. While this earth is corrupt, wicked
and fallen, the counter-earth offers the promise of the complete opposite:
paradise, free of the malignant influence of the Demiurge and the Old World
Order. Antichthon, the counter-earth, is what the earth can and should be. 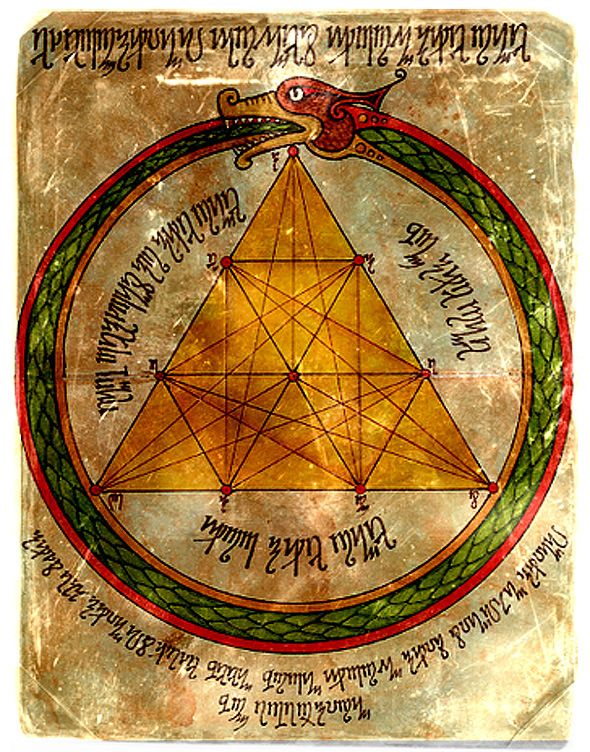 The Mithraic Degrees of the Illuminati

In later times, the Greek Pythagorean degrees were restyled according to a
Roman system. The seven standard degrees became those of Mithraism, a
mystery religion closely related to Illumination:

1st: Corax (the Raven), under the rule of Mercury.

2nd: Nymphus (the Bride), under the rule of Venus.

3rd: Miles (the Soldier), under the rule of Mars.

4th: Leo (the Lion), under the rule of Jupiter.

5th: Perses (the Persian), under the rule of the Moon.

6th: Heliodromus (the Sun Runner), under the rule of the Sun.

7th: Pater (the Father), under the rule of Saturn.

8th: Minerva (symbolised by an owl - the Owl of Minerva)

.
9th: Magus (symbolised by the phoenix, the sacred firebird that rises from the
ashes).

(The last of the four major Illuminati symbols is the skull and crossbones in
honour of Simon Magus. The Greek Sphinx also has special significance.)
These remain the degrees of the Illuminati. The majority of members belong to
the standard degrees; the 10th degree is for the 12 members of the Ruling
Council only. The identities of the Ruling Council are completely unknown to the
basic membership, but at each initiation, one masked member of the Ruling
Council is always in attendance and conducts the final part of the ceremony.
There were ten degrees in total because, for Pythagoras, the number 10 was
divine. 1, 2, 3 and 4 were also revered because they add up to 10 and they form
the divine triangle - the Tetraktys - which symbolized the four elements (earth, air,
fire, and water) and, in its totality, also the mystical fifth essence, the
Quintessence.