'Sesame Street' Brings Back Classic Characters, Songs, and Guests for a 50th Anniversary 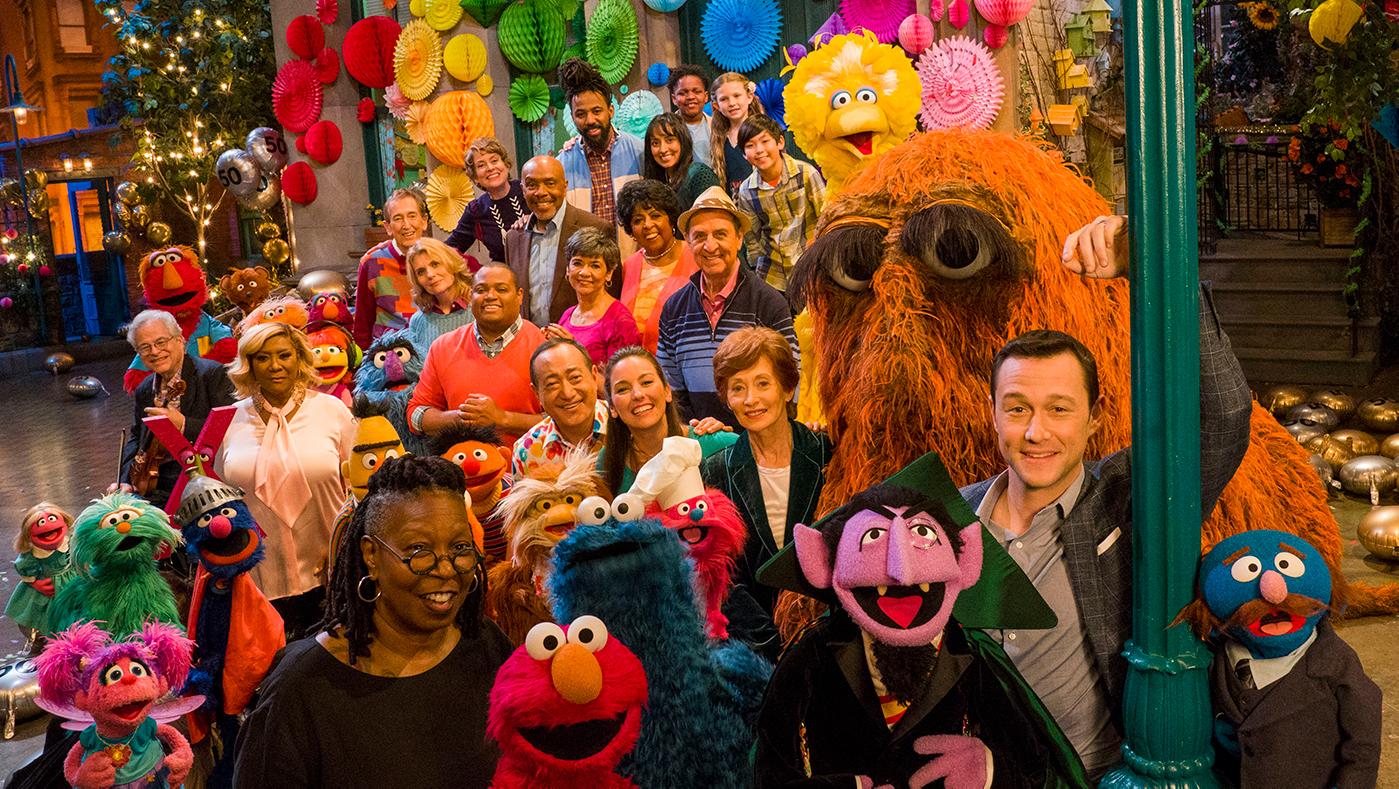 Everyone from Whoopi Goldberg to Itzhak Perlman will appear in a special hosted by Joseph Gordon Levitt celebrating the 50th anniversary of 'Sesame Street.' Photo: Richard Termine

Can you count to 50? That's how many years Sesame Street has been teaching children to count, learn their letters, and practice compassion. To celebrate those five decades of education, music, and joy, the show's 50th season opens on WTTW and the 24/7 PBS Kids channel on Sunday, November 17 with a special anniversary celebration hosted by Joseph Gordon-Levitt. As the characters prepare for a big party, they revisit classic segments and songs with the help of old friends like Kermit the Frog and almost all the human cast members who have visited the street, including Roscoe Orman and Sonia Manzano, among others, as well as retired puppeteers Fran Brill and Caroll Spinney. Plus, celebrities from Whoopi Goldberg to Norah Jones, Itzhak Perlman, and Elvis Costello join in on the fun. 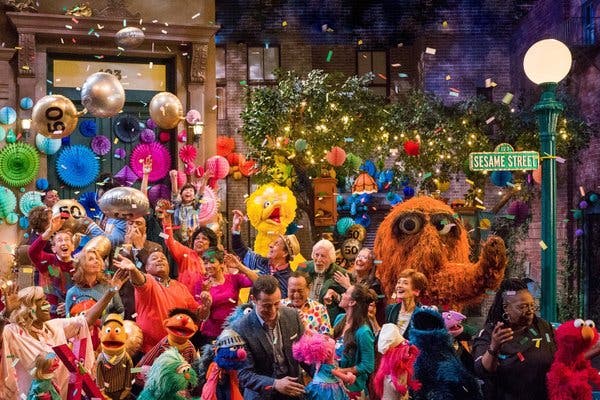 Following that exhilarating kick-off, the 50th season will add a new neighbor, an 8-year-old child of military parents named Charlotte or Charlie. Chrissy Teigen, Charlie Puth, Dave Grohl, Maren Morris, Misty Copeland, Michael Che, and Chloe Kim will all appear throughout the season as guests, and Big Bird will host a new segment in which he learns what kids around the world love about their homes (some of these segments were filmed during Sesame Street's

summer road trip, so there might be one featuring Chicago!).

The Celebrities Who Made Their Way to Sesame Street

The concepts might be for the kids, but the references are sometimes for the grown-ups. Over its 50 years, hundreds of celebrities have appeared on Sesame Street to lend their talent and expertise. Politicians, actors, musicians, and athletes have all joined the gang on Sesame Street for some teachable moments, as well as some plain fun ones. Below is just a small samp

Anderson Cooper reports for “GNN” from a trash can, filling in for Oscar the Grouch, “who is on assignment at the dump.” Alongside Cooper are legendary albeit grouchy news anchors Walter Cranky and Dan Rather-Not. Cooper provides in-depth analysis on the letter G.

Grover wants to help out Sarah Jessica Parker, who’s on a park bench waiting for Big, a nod to her Sex and the City romance. Sadly, Grover—dressed as Super Grover—doesn’t quite get the concept, and presents her with a series of increasingly big things, like a pumpkin, a drum, and a boulder. “But it’s not the Big I’m looking for,” she says. Big Bird, however, shows up to save the day.

Standing next to Oscar the Grouch’s trash can, Johnny Cash sings a song about Nasty Dan, an unpleasant fellow with a bad attitude. In the end, Oscar recognizes the country star, but confuses his last name with “Trash” instead.

Adam Sandler uses his musical skills to create a truly catchy song about all the things that rhyme with Elmo—sort of. A group of friends join to sing along, including a shrimp lifting his barbell-mo.

In true early 2000s fashion, Beyoncé sports a red leather hat with Kelly Rowland and Michelle Williams as they sing about “A New Way to Walk,” inspired by some dancing by Elmo, Grover, and Zoey.

In what would be the last of his many Sesame Street appearances, Robin Williams tries to get the Two-Headed Monster to demonstrate conflict. When both heads keep getting along, Williams ends up being the one in conflict. At least he speaks their language.

*for more stars please go to this link:

This is very great, thanks, Linda!

My kids grew up with Sesame Street, but I must admit I enjoy watching it too.  I may do Carol Spinney next(Big Bird)