Radio City Music Hall is an entertainment venue located in Rockefeller Center in New York City. Its nickname is the Showplace of the Nation, and it was for a time the leading tourist destination in the city. Its interior was declared a city landmark in 1978. It is notable as being the headquarters for the precision dance company, the Rockettes 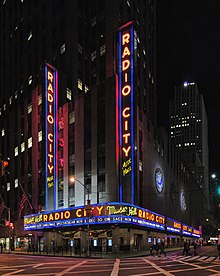 The 12-acre (4.9 ha) complex in Midtown Manhattan known as Rockefeller Center was developed between 1929 and 1940 by John D. Rockefeller, Jr., on land leased from Columbia University. The Radio City Music Hall was designed by architect Edward Durell Stone and interior designer Donald Deskey in the Art Deco style.

Its originally planned name was International Music Hall. The names "Radio City" and "Radio City Music Hall" derive from one of the complex's first tenants, the Radio Corporation of America. Radio City Music Hall was a project of Rockefeller; Samuel Roxy Rothafel, who previously opened the Roxy Theatre in 1927; and RCA chairman David Sarnoff. RCA had developed numerous studios for NBC at 30 Rockefeller Plaza, just to the south of the Music Hall, and the radio-TV complex that lent the Music Hall its name is still known as the NBC Radio City Studios. 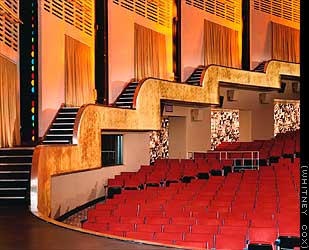 The Music Hall opened to the public on December 27, 1932 with a lavish stage show featuring Ray Bolger, Doc Rockwell and Martha Graham. The opening was meant to be a return to high-class variety entertainment. The new format was not a success. The program was very long, and individual acts were lost in the cavernous hall. On January 11, 1933, the Music Hall converted to the then-familiar format of a feature film, with a spectacular stage show perfected by Rothafel at the Roxy Theatre in New York City. The first film shown on the giant screen was Frank Capra's The Bitter Tea of General Yen, starring Barbara Stanwyck, and the Music Hall became the premiere showcase for films from the RKO-Radio Studio. The film-plus-stage-spectacle format continued at the Music Hall until 1979, with four complete performances presented every day. 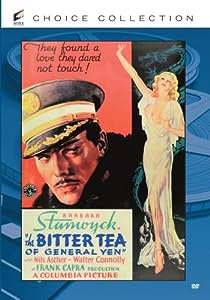 National Velvet first screened at Radio City in 1944; it was the film that made Elizabeth Taylor a star. The New York Times said at the time, "In the true spirit of Christmas, the Music Hall is showing rare good will not only toward human beings but toward animals in its current bill." Other films to present at Radio City include Breakfast at Tiffany's, To Kill a Mockingbird (with former Radio City usher Gregory Peck) and Mary Poppins. 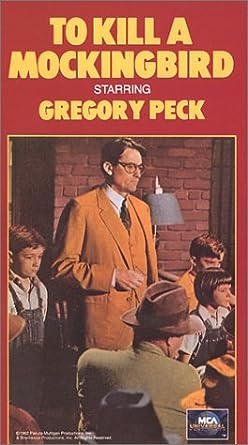 The Radio City Christmas Spectacular
Inarguably the most famous production in New York, the Christmas Spectacular debuted in 1933 and draws more than a million people to the theater annually, in what has become for many an important Christmas tradition. Starring the world-famous Rockettes, the family-friendly program features hundreds of performers and live animals. In 2012 the show was updated to celebrate the 80th anniversary of the Spectacular and now includes a 3D movie. Locals know if you duck down 51st Street (by the back entrance to the Hall) in the mornings during the run, you'll be treated to the sight of real camels walking the city streets before the show. 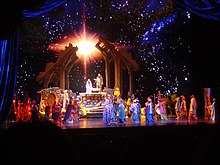 The 1981 Grammys
The music industry's annual awards show has graced the stage at Radio City five times, the first in 1981—it was hosted by Paul Simon, who joked that both of his parents were Rockettes. The big winner of the night was Christopher Cross, who took home Record of the Year, Song of the Year, Album of the Year and Best New Artist for "Sailing." But the real moment of the night was at the end, when Paul Simon took the stage to mourn the tragic loss of John Lennon, who had been shot outside of his New York apartment only a few months prior. Simon put it simply, saying, "We'll miss his music, humor and common sense."

The First MTV Video Music Awards
Talk about a major moment. The first VMAs aired on MTV live from Radio City on September 14, 1984, hosted by Bette Midler and Dan Ackroyd and featuring Madonna's still-talked-about-today performance of "Like a Virgin," complete with lacy white wedding dress, bustier and signature "Boy Toy" belt. The rising star danced, writhed and scandalized an innocent America. Other performers on the famed stage included David Bowie, Tina Turner, Rod Stewart, Huey Lewis and the News and Ray Parker Jr. (of Ghostbusters theme fame). Mayor Ed Koch proclaimed that Radio City was renamed "Video City Music Hall" for the night, and Herbie Hancock picked up five Moonmen for "Rockit." The VMAs have returned to Radio City over the years, most recently in 2009. 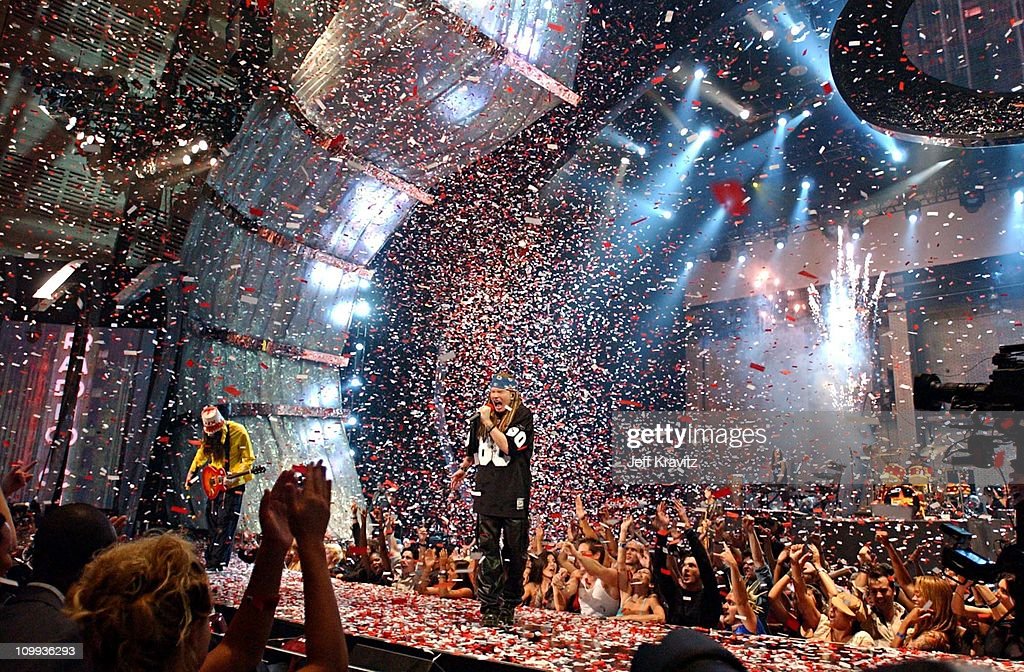 Liberace's Final Performance in 1986
Anyone who's seen Behind the Candelabra knows that Liberace was a man who knew how to put on a show. So it was at Radio City that he made his final bow. After two sold out weeks, he staged a production with 36 Rockettes and a giant Statue of Liberty holding a candelabra. He entered the hall "attached to a wire like a puffed-up Peter Pan, in a hundred pounds of purple and white feathers," the New York Times reported. Subtle, it was not, but it was a fitting final showstopper for the performer. 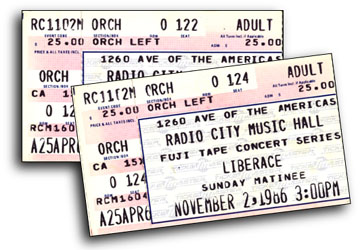 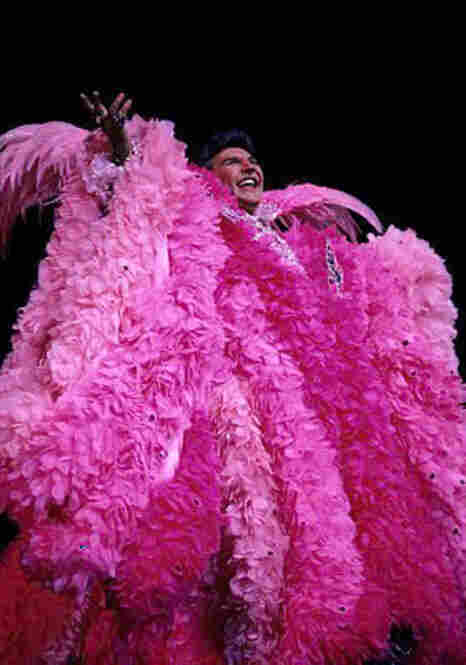 When I lived in New York for over nine years, I never missed a month of attendance to the Radio City Hall with their "Rockettes".

They used to change the performance every month, and every month I went there to see what else was new, then!

I love it then, and if I was there, I would probably would go, again...