By Laura Geggel a month ago History 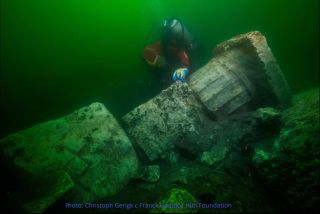 Divers discovered the remains of a temple in the now-underwater ancient Egyptian city of Heracleion.
(Image: © Christoph Gerigk/Hilti Foundation/Egypt Ministry of Antiquities)

Divers swimming through Heracleion, an ancient Egyptian city that's now under water, have discovered a trove of artifacts, including the remains of a temple, gold jewelry, coins and the missing piece of a ceremonial boat, according to Egypt's Ministry of Antiquities.

Heracleion — named after the legendary Hercules, who ancient people believed actually visited the city — was a bustling metropolis in its day. When it was built in about the eighth century B.C., it sat on the edge of the Nile River, next to the Mediterranean Sea. Cleopatra was even crowned in one of its temples. Then, about 1,500 years ago, it flooded, and now sits under about 150 feet (45 meters) of water.

Ever since archaeologists discovered it in 2000, Heracleion (also known as Thonis) has slowly revealed its ancient secrets. During the latest two-month excavation, archaeologists were delighted to find the remains of a large temple, including its stone columns, and the crumbling remnants of a small Greek temple, which was buried under 3 feet (1 m) of sediment on the seafloor, the ministry reported. [Photos: Teen's Skeleton Buried Next to Pyramid in Egypt]

The excavation team of Egyptian and European archaeologists was led by Franck Goddio, the underwater archaeologist who discovered Heracleion 19 years ago. Together, the team used a scanning tool that transmits images of artifacts resting on the seafloor and those buried beneath it. 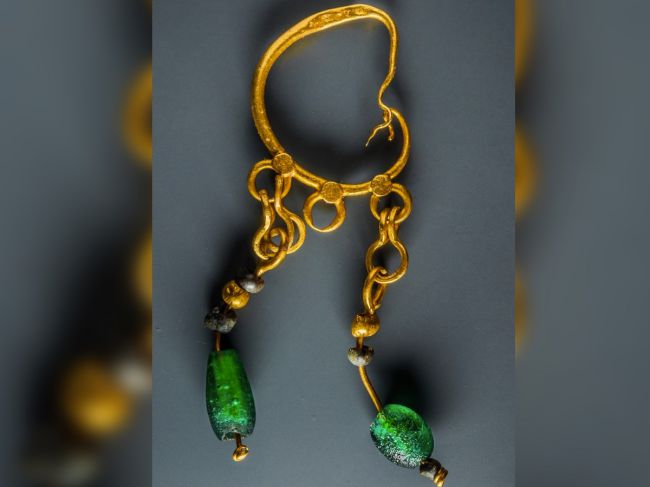 A gold earring found at the underwater site.

The scanning tool revealed part of a boat. During past excavations, archaeologists had found 75 boats, although not all of them were complete. This new finding was the missing part of boat 61, which was likely used for ceremonial purposes, the Ministry of Antiquities said in a statement.

The ship held tiny treasures — coins of bronze and gold, as well as jewelry. The bronze coins uncovered at Heracleion date to the time of King Ptolemy II, who ruled from 283 to 246 B.C. The team also discovered pottery dating to the third and fourth centuries B.C., the ministry noted. 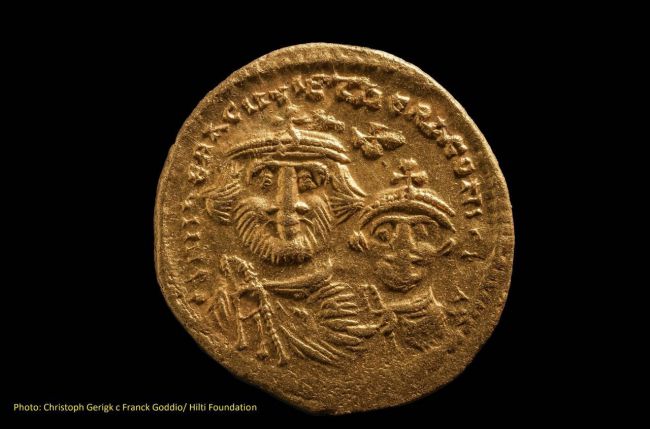 One of the coins found during the underwater excavation.

The team also looked at the underwater site of Canopus, which, like Heracleion, is located in the Gulf of Abu Qir, Alexandria. At Canopus, the archaeologists found an ancient building complex that extended the city's footprint southward about 0.6 miles (1 kilometer), the ministry said.

Canopus also held other treasures; the archaeologists found an ancient port, coins from the Ptolemaic and Byzantine periods, and rings and earrings from Ptolemaic times. All of these artifacts indicate that Canopus was a busy city from the fourth century B.C. to the Islamic era.