Druidism Is An On-Going Journey, Not A Destination..

Druidism Is An On-Going Journey, Not A Destination. As you should all know by now, I choose to identify myself as a Druid millenniums ago,small amounts remain in my veins.

The original Druids lived in the Celtic lands (France, Ireland, Wales, Britain, etc.) in ancient times- before the coming of the Roman Empire and Christianity. They were the spiritual leaders, Lore keepers, philosophers, teachers, advisers to kings, the peace-keepers, healers and much much more. Classical writers tell us they were exempt from military service and taxes, and taught and gathered in secret groves in the forests. They also mention animal and human sacrifices. The Celts were practitioners of an oral tradition. Nothing was written down or recorded, rather all of the Lore was memorized and re-told by the bards. All of the writing about the ancient Druids comes from writers of Rome and amounts to about a dozen pages total. We can never be sure what their true practices were like.

Some centuries later, in the 17-1800’s, the Druid revival came about. Scholars began to take notice and interest in the standing stone monuments and the classical accounts of the people who lived in those areas. They believed their ancient Celtic ancestors were wise philosophers and started writing- some of it, albeit proved false later on- and trying revive the practices of the ancient Druids. The Freemasons took particular interest in this, and included such organizations as the Ancient & Archaeological Order of Druids. For a while, it was believed Freemasonry descended directly from Druidry! In the early-mid 1900’s groups like the Hermetic Order of the Golden Dawn and the Order of Bards, Ovates, and Druids appeared, changing the face of Druidry yet again.

Modern Druidry does not claim to be a replica of how our Celtic ancestors worshiped, nor does it want to be! The spirit of the Druids is what lives on and inspires us still. We strive to live in harmony with the natural world around us, connect with our ancestors of blood and spirit, experience religion for ourselves rather than participating in a rigid belief system, and learn through the wisdom of the ancient Celtic legends and teachings that DID survive the centuries. Much more than a religion, it’s a philosophy and way of life that provides ways to delve further into our spiritual path and create deeper connections with all around us. You can worship any deities you wish and still practice Druidry. It is flexible, always evolving. The world around us changes, so too must our religion and practices.

There are many Druid orders around today, the most commonly known ones are The Order of Bards, Ovates, and Druids (OBOD), and the Ár nDraíocht Féin, or ADF. But there are dozens more. Here are some links to the biggest ones I know of if you’re interested in learning more!

The Ancient Order of Druids in America: http://www.aoda.org/

The New Order of Druids: http://www.druidcircle.org/nod/index.php?Itemid=145

And of course, the lovely site of The Circle of Towering Trees’ sister coven, Celtic Moon has tons of info about Druidry and a number of lovely people to talk to: http://celticmoon.ning.com/

This post is a small pebble that I’d like to drop into the pond to allow the ripples to spread out into your awareness. To hold for the future.

Here is a story of one such spontaneous initiation:

The Ritual of the Wild

We stood together in a circle in the woodland. Seven men, and one woman. We stood, the wet leaves under our feet, the woods full of the fragrance of Autumn. The air, damp with mist. It was dusk in late Autumn, and the time was Samhain, the 31st October, or Hallowe’en. We had joined together within that circle to explore the figure of Merlin. Not the Merlin of the Malory Arthurian stories, but Merlin, the Wild Man of the Woods, who ran wild for thirty years within the forest of Caledonia after the Battle of Arderydd, where the last Pagan king of Britain, Gwendolleu, and all of Merlin’s friends and relations were slaughtered, and Merlin himself even slayed his own nephew. And as the battle ended, the air thick with the copper taint of spilled blood, a stillness fell upon the battlefield and the land, Merlin looked through the mist around him and saw hundreds of dead bodies, and he realized he was the last person standing – he was completely alone in the world. With that realization came the fact that he could not return to society, a place that he could no longer recognize, as the new Christian faith spread across the land poisoning people.

So he chose to retreat from the world of the human, and of the mundane, and he chose to live in the forest, alone, yet with the company of the animals. He lived as a forager and trapper, keeping himself alive by eating the flesh of plants, the fruit of the trees and bushes, and the fungus that forms on dead branches and on the forest floor.

The Caledonian forest was vast at that time, and those who came upon him would ask him to prophesize for them. He would tell them their future, and very often what he foretold would come to pass. As he spent his time within the woods, he befriended certain animals one of which was a little piglet, and he also rode the backs of wolves and deer. He became the Wild Man of the Woods – that archetypal figure that lies within the hearts of us all. That part of our human soul that, when it sees the woodlands, cannot help but be called by the dark shadows within – we wonder what it would be like to return to that place and time when we relied heavily on the Earth and the seasons for our lives.

So we stood there under the trees, and we each spoke our truths. Some spoke of their own madness, times in their lives where they felt like their soul had been stripped to the very bone, that they in fact disappeared, that they didn’t know themselves. That they had fallen so deep that they no longer existed, and they reached the bottom of that pit, ready to rebuild themselves, slowly, gradually, until they became the person they were today. This is one form of madness.

Others spoke of the madness of inspiration – of the fact that inspiration comes from the word ‘inspire’ or to ‘breathe in’, and with this inspiration came the muse of the poet and artist. And how many poets and artists, when you explore their lives, seem to have sadness and melancholy within them, and indeed to verge on the edge of madness.

Then one of us, a bearded man, began to take off his clothes, and when naked, he lay down upon the earth, and he asked us to throw leaves onto his skin, and to bury him within the debris of the forest floor. In the cold air, he lay there, touching the earth, tears in his eyes as he spoke of how he had once had a full cup. A full cup at least in the recognition of what at that time was society’s norm. He had a wife, two children, a good job, everything he could want for, he had money coming in, a good home, yet there was something missing, something that couldn’t be fulfilled. Then he told of how he was asked by Spirit if he was ready to give that all up to find that part of himself that was missing, and he, without any hesitation said “yes”. And so he lost everything, and he did indeed return to the woods for some time, and he did return as the Wild Man, just as Merlin had done after the Battle of Arderydd, and there within the woods he found and touched something so real, and so beautiful, that his life could never be the same again – the thing that comes when you let go of the mirage of modern human constructs, and society, and place yourself back within nature itself, as a simple animal once more.

Then we wanted to reflect within each of us what it was that touched that Wild Man within, that Wild Man of the woods. So we knelt upon the earth in a circle, our hands and foreheads touching the earth. We could smell the scent of the wet fallen leaves on the forest floor, and the mustiness of the mushrooms and fungus that scattered around us. And there we recited a Merlin poem. The words Merlin cried as he held, in despair, a little piglet, knowing that his life would never be the same again. And so, we too, put our heads to the earth and spoke that poem, knowing that our lives would never be the same again.

Under this thin blanket, I can find no repose,

And since the battle of Arderydd,

I no longer care,

If the sky falls,

Or the sea overflows.

Then one of us began to chant in a long continuous note, the words, I am……

And as the image of what lay within our hearts came into our heads we shouted, cried out, whispered in long tones…..

the Spirit of the forest!

the beating heart of the earth!

the stag of seven tines!

the blood within your veins!

the love that never dies!

For some practical personal work spend some time thinking about your personal relationship with the Natural World and ask yourself the following questions. Make notes of the answers in a notebook, so you can look back on them later, and see how far you have come.

How close to you feel to the Natural World?

Are you a part of nature, or separate from it?

Can you feel your Wild Man/Woman inside?

If you can where in your body do they exist?

How can you express this wildness?

Druidism is a life Journey and beyond. one that we never stop learning through our connection with nature and its spirits that guide us.

I concur!! THis is beautiful! Thank you sis! 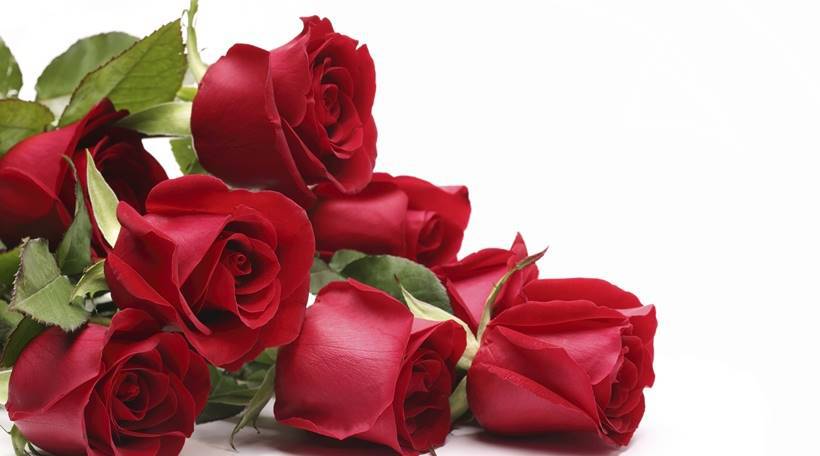