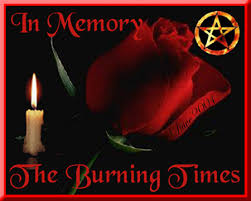 The Zugarramurdi Witch Trials: Welcome to the Spanish Salem

The Town Of Witches

You need to be an initiate of The Burning Times to add comments! 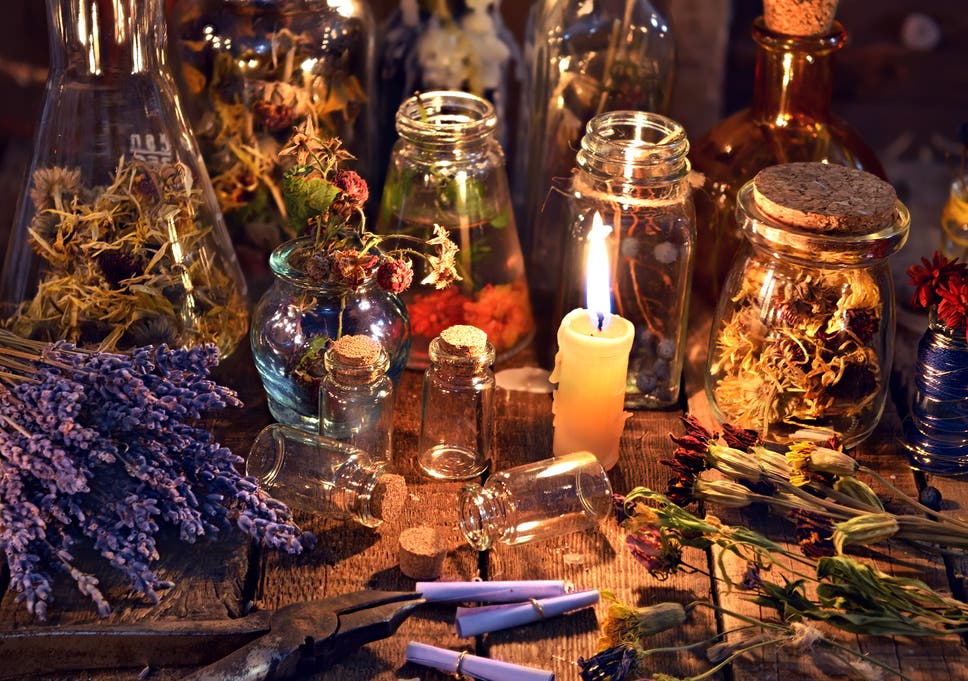 Witchcraze: A New History of the European Witch Hunts

by Anne Llewellyn Barstow
A brilliant, authoritative feminist history that examines the unrecognized holocaust--an "ethnic cleansing" of independent women in Reformation Europe--and the residual attitudes that continue to influence our culture. 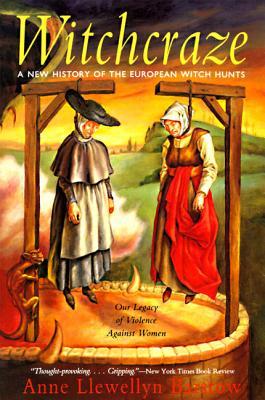 Unfortunately the word witch is synonymous with evil in Africa, although yet again this is because of the input of Christian missionaries who replaced the Old Ways of Serpent, Goddess and nature religions with a healthy fear of the devil, and thus  "witchcraft" is seen as the worst possible kinds of sorcery in the consciousness of most people and exclusively as being "evil"..

Though diviners, prophets, and Sangomas are highly regarded in traditional cultures;

The "witch" is seen as an agent of the devil, bringing illness and misfortune wherever she or he goes.

Thus, many suspected "witches" are hunted down, beaten severely and then necklaced with an old spare tyre which is filled with petrol , rammed over the victim's upper torso and set alight causing an agonising death.

Accusations of witchcraft are typically motivated by social conditions stemming from relative poverty and fuelled by motives of jealousy, especially over material possessions , or status, or even stem from someone wanting someone elses' wife for themselves.

As any illness or misfortune is possible ascribed to supernatural causes, any such misfortune can evoke a "witch hunt" and pity the poor person who gets accused of it and hasn't the chance to escape.

Many of the accusations levelled at the suspected witches in the old days in Europe and the Americas were also based on on profit, as well as medieval religious superstition and ignorance.

This group is all about the past, which we must all learn from as an experience and move on with life as opposed to becoming stuck in a victim mentality because of things that happened ~ while honouring the Ancestors by displaying the qualities which the torturer in the shadows and the priests of the Burning Times cannot ever display ~ those of forgiveness, compassion and mercy.

Old attachments bring only an anchor to bear on one's potential to advance through one's own abilities, while we can always learn from the experiences of the past and be mindful of the possibility for religious extremism and it's proven dangers.

I sincerely doubt whether the vast majority of contemporary Christians would ever seriously consider burning a Pagan today simply because she is a Witch, or Priestess of the Old Religions.

It is the war against Mother Nature which now demands the attention of every one who worships the Goddess and God of Nature, and it's needed in the NOW.

Some however must live with the haunted past in the now and present and be reminded of it, every now and again. 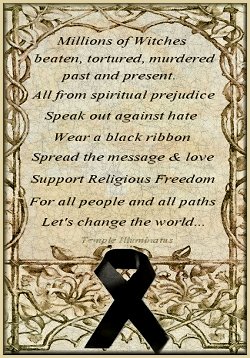 I've made a new ribbon, feel free to share it freely and if you like you can link back to this group so that people can read and learn more about this important issue. I think many people are unaware that there are still many people in the world who are being put to death for being a witch. This is such a critical issue and this group is so much what this website is all about, building bridges and increasing acceptance of peoples personal paths. Empowering ourselves and each other to be authentic and free in our spiritual and personal expressions of self.