Iconic landmarks are powerful symbols of the United States that people all over the world often instantly recognize. However, despite their international fame, these landmarks contain more than meets the eye. Across the nation, there are hundreds of hidden features inside our nation's most famous sites, and only the most dedicated visitors will ever find them. Here are a few of the most interesting, mysterious secrets behind the most popular landmarks of the U.S. 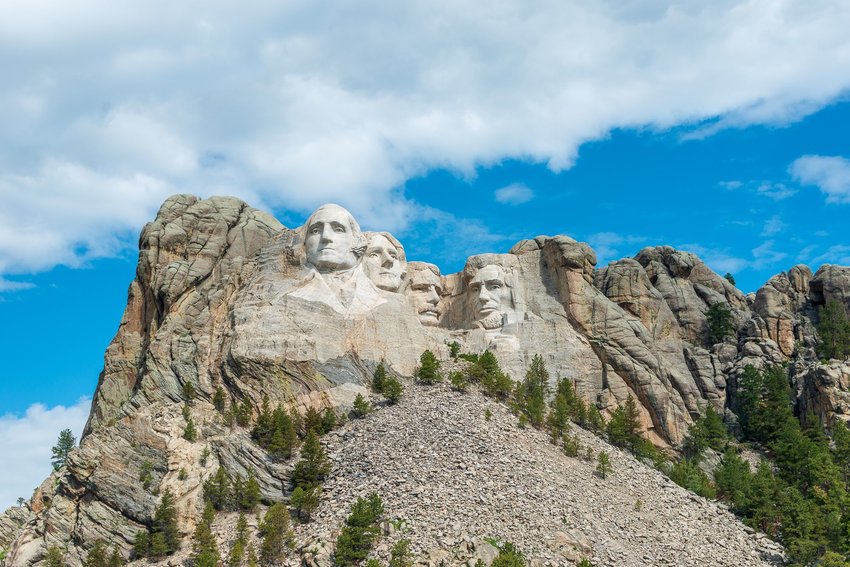 Right behind Abraham Lincoln's head, the smooth, grey rock of Mount Rushmore in South Dakota is interrupted by a doorway. This 18-foot aperture was carved to create the "Hall of Records," an unfinished portion of the sculpture that would pay homage to historical figures like Benjamin Franklin, the Wright Brothers, and Alexander Graham Bell. It was also supposed to celebrate events in American history such as the Louisiana Purchase and the creation of the Panama Canal.

The designer, Gutzon Borglum, intended the chamber to serve as a shrine to the country's history that could educate future generations on the founding and development of the early nation. Unfortunately, he ran out of funds and never got to finish this portion of the landmark. Even today, observant travelers can sneak a peek at its majestic unfinished entry.

The Empire State Building Has a Secret 103rd Floor 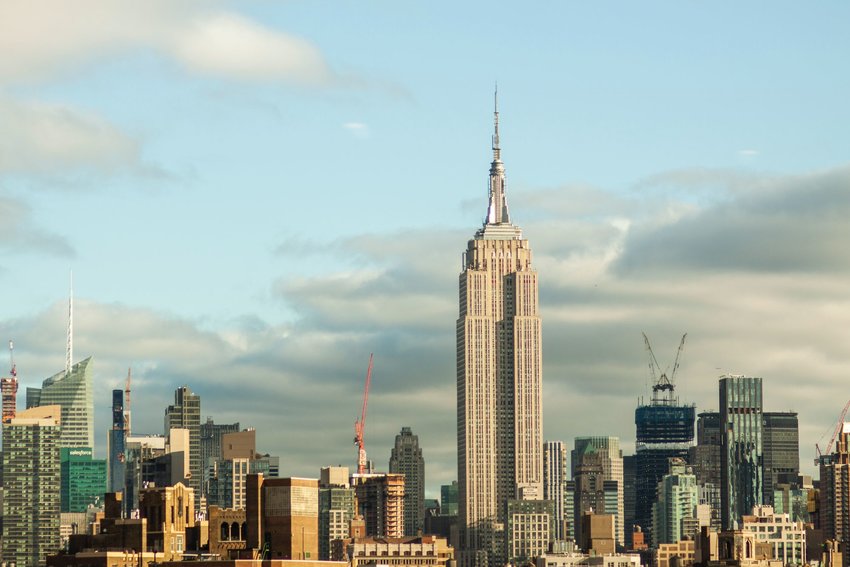 Many of New York City's landmarks are riddled with rich history and mystery and the Empire State Building is no exception. Although the building is advertised as having 102 floors, that's not quite the case. There's actually another floor that was originally constructed for building maintenance. It now acts as an ultra-exclusive hotspot for the rich and famous.

Unlike floor 102, which features a wrap-around balcony and glass windows, floor 103 is ultra-thin with only a knee-high railing separating observers from the sky surrounding them. Inside the building, there's a small room used for housing electrical equipment, but most celebrities just stay on the balcony and enjoy the adrenaline-inducing photo op.

There's a Time Capsule at the Top of the St. Louis Arch 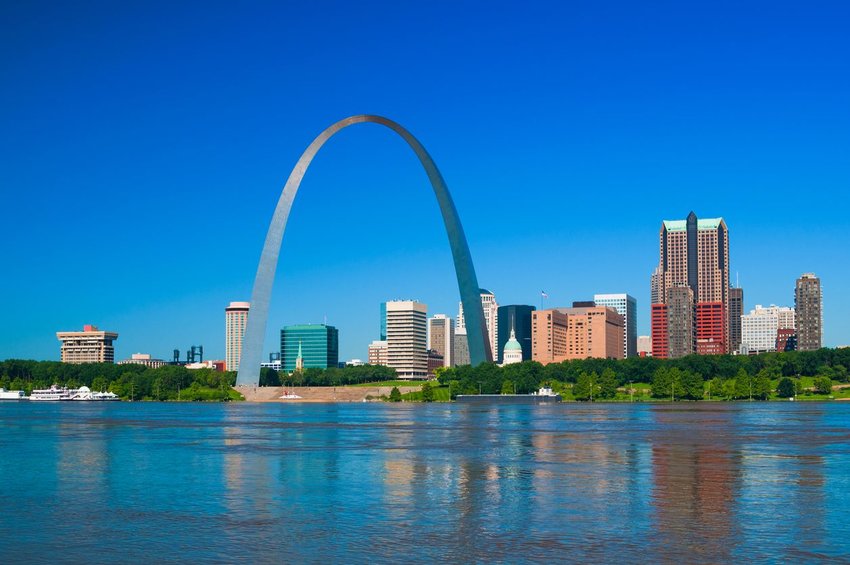 Most people visit the Gateway Arch to look at the city of St. Louis, but what most visitors don't know is that the arch also provides a look back in time. Construction workers at the arch recently unearthed a time capsule at the top of the Gateway Arch. After examination, it was determined to be original from the time the monument was built. The most peculiar thing about this hidden gem, however, is what's inside it. In lieu of relics or accounts of important historical events, the time capsule contains the signatures of 700,000 everyday citizens of St. Louis including schoolchildren. 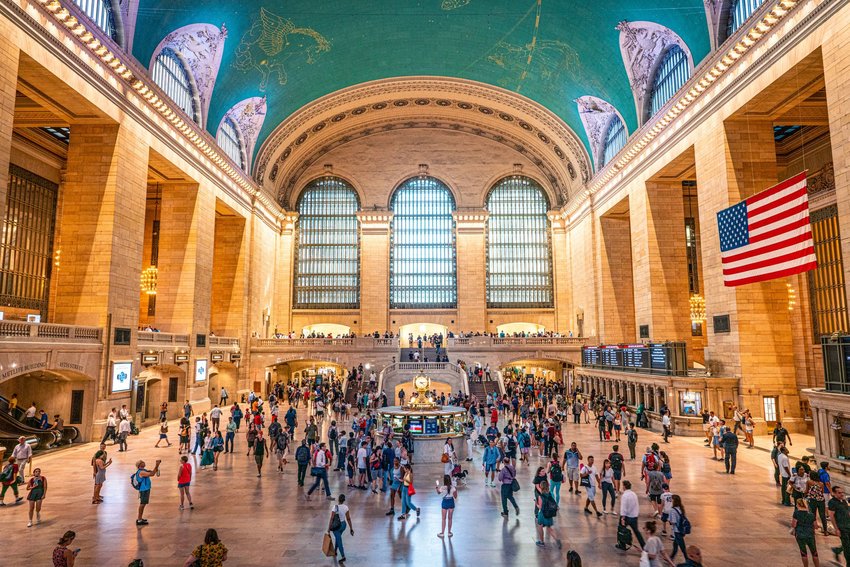 Roughly one million people pass through Grand Central Terminal every day, but almost nobody knows about the tennis club that lies above their heads. Founded in the 1960s by a wealthy Hungarian immigrant, the tennis club consisted of two simple clay courts and existed for the public to enjoy while waiting for their ride.

In 1984, however, Donald Trump purchased the space and redeveloped it into a luxurious locale for celebrities — charging upwards of $130 per hour to rent it out. The courts stayed under his control until 2009 when they were renovated and reopened to the public. Although it's open, you'll still need some luck in order to find it since most employees don't even know it exists.

A Cave Lies Beneath the Lincoln Memorial 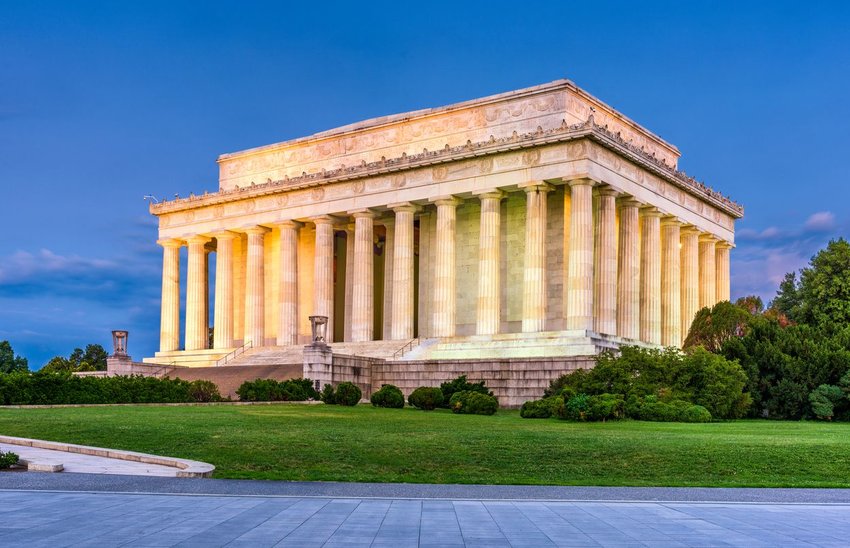 Most people who visit the Lincoln Memorial spend all of their investigative energy trying to find the famous typo carved into the walls. However, underneath the memorial, there's an even better-hidden gem — a full cave complete with stalactites. Construction workers stumbled upon the cave in the 1970s when digging out an elevator shaft for disabled visitors.

Apart from the gorgeous nine-foot stalactite rock formations, the most fascinating part of the cave is the graffiti that adorns the 122 supporting columns. Visitors who embark on a cave tour can view these original World War I-era scribbles by an unidentified construction worker. They include caricatures of everyone from Woodrow Wilson to the monument's construction foreman.

There Are Wine Cellars in the Base of the Brooklyn Bridge 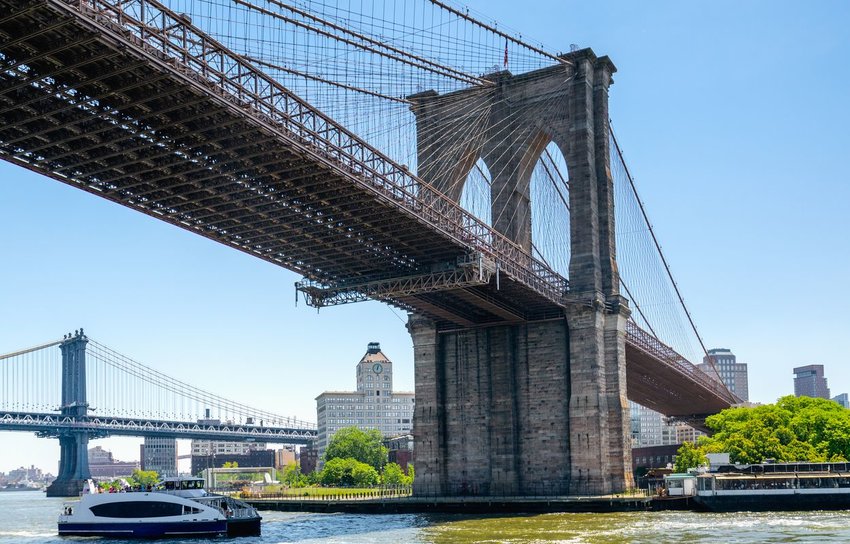 Bridge engineer Washington Roebling had some serious business smarts when he created the Brooklyn Bridge. When he first started construction, he faced two major problems: there wasn't enough money in the city to pay for the full project and two local wineries refused to move their facilities out of the path of construction.

In a stroke of genius, Roebling killed both birds with one stone by incorporating two full wine cellars into the base of the bridge on each side. To help finance the bridge, he rented the cold, dark cellars out to local businesses who needed some extra storage and generated profit for the city until the Prohibition Era. Today, the city of New York has taken ownership of the cellars, stripping the caverns of their functionality and leaving them as a dry, empty reminder of Prohibition.

Disneyland Has a Secret Members-Only Club 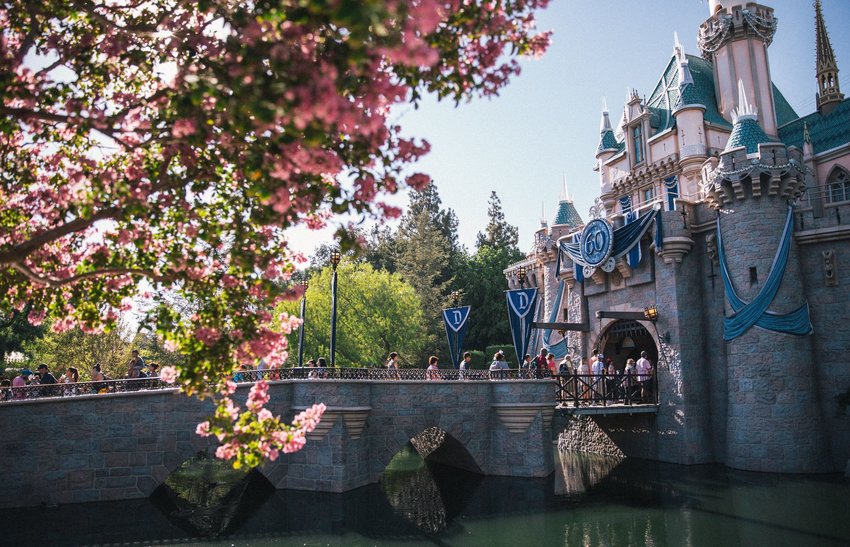 Club 33 is an inconspicuous little room at Disneyland in Anaheim, California, but the people who enter are anything but low-profile. This exclusive clubhouse boasts an invite-only guest list where members must pay anywhere from $25,000 to $100,000 to get initiated and $12,500 to $30,000 in annual membership dues after that. Even if you do have hundreds of thousands of dollars to fork over for this exclusive experience, the waitlist is six years long and spots rarely open up for new members.

On top of that, the activities of the members are held in top-secret status within the park's administration, which means you never quite know what you're getting into when you sign up. One anonymous member has started posting prohibited photos of the space on a specialized Instagram account, the only place where information about the club exists. There's only one thing we do know for sure about Club 33 — it's the only place in the park to serve alcohol, which means it just might be worth the investment.