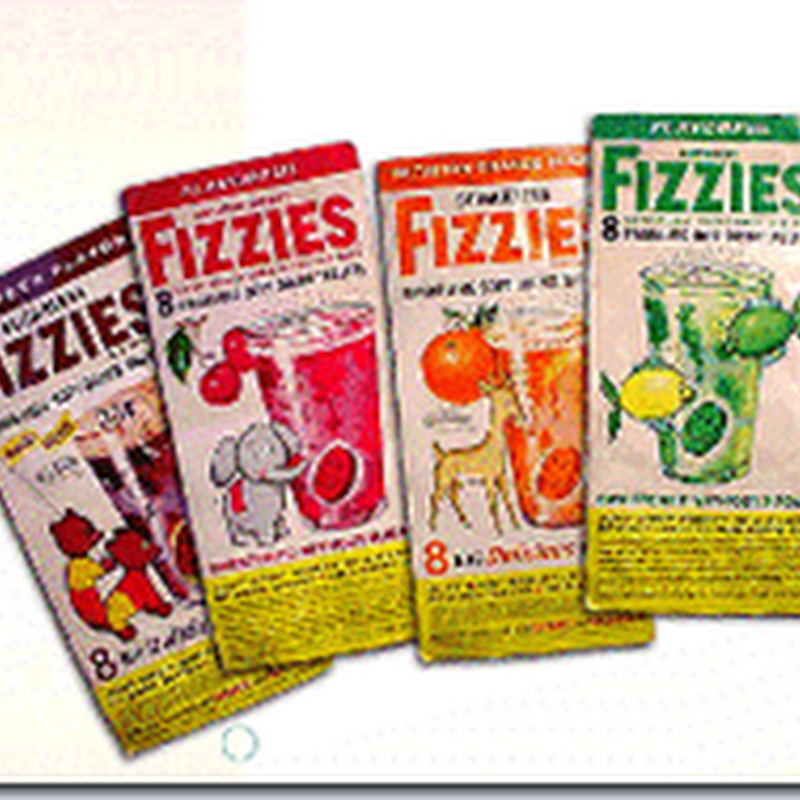 Please note: We are sad to announce that the manufacturer of Fizzies has once again gone out of business. We are disappointed too.

All the fun and flavor of the original Fizzies is back. Now with NO sugar and 100% of the recommended daily supply of Vitamin C.

Once upon a time in the '50s -'60s, there was a popular drink tablet that fizzed when placed in water. FIZZIES® was invented by the Emerson Drug Company. The idea derived from scientists working with chemical formulas similar to "Bromo Seltzer" and wondering if a fun, fruit-flavored drink could be developed the same way.

"Wouldn't it be grand if we could drop a tablet in a glass of water and have an instant soda pop?" After long hard work, they finally figured out how to combine the right combinations of fruit flavoring, sweetener, citric acid and sodium bicarbonate (a substance that is much like baking soda) into a magical tablet that when dropped into water, turned water into an instant sparkling, effervescent fruit drink! Fizzies were made in grape, cherry, orange, punch, berry, lemon-lime, and root beer flavors and 8 tablets cost 19 cents. Unfortunately, Fizzies contained the sugar substitute cyclamate. In 1968 the FDA banned the use of cyclamates citing research showing that cyclamates caused cancer in laboratory animals and the company went out of business.

They returned in the mid-1990s containing NutraSweet, a substitute 200 times sweeter than sugar. A new company purchased the formula and reintroduced them to the market in 1995. It was short-lived because the company went out of business and all of the inventory was gone by late 2001.

And now, in 2006 Fizzies are available again. The fun, effervescent drink tablet made popular in the ’50s & ’60s has returned! Whether you're a genuine kid or simply a kid at heart, now you can enjoy the crisp, refreshing drink that everybody loves to make!

I remember when I discovered Fizzies and thought I had found the ultimate in candy. It was the early 60's and I was 12. I was amazed how you could just pop a small flavored disk into water and all of a sudden a sweet drink appeared before your eyes. To me, it had to be magic. My dad would take me to the store and with my 50 cents allowance, I would buy as much as I could to share with my sisters and friends. We all would giggle with anticipation waiting for the water to turn into a sweet and delicious drink.

My dad was sent to Vietnam and I insisted that we send him some Fizzies in his care package, even though my mom was not quite sure about the appropriateness. She brought me to the store though, I bought some with my allowance and lovingly packed them in the box. To this day he still says that it was the Fizzies that brought him home safely as he knew there was someone special he had to come home to. ~ Laurie from MS 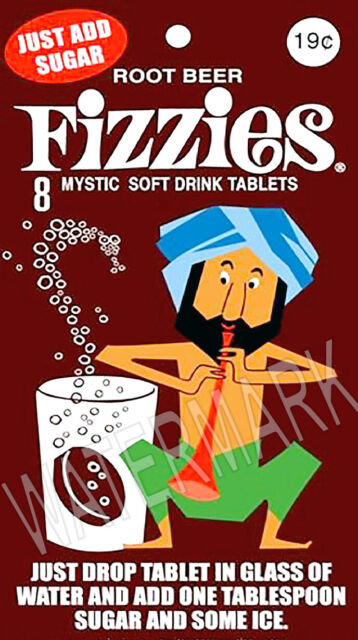