~Okay, I do remember Jack LaLane and working on his exercises when I was really young. 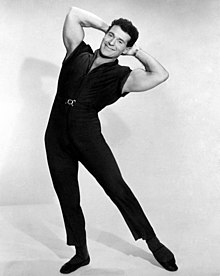 LaLanne was addicted to sugar as a child, causing him to commit acts of violence, including setting his parents' house on fire and attacking his brother with an axe. He was so weak his family physician recommended he be removed from school to rest and regain his strength. Around this time, he and his mother attended a lecture by Paul C. Bragg, a nutritionist who told LaLanne he was a human garbage can. LaLanne turned his life around with a strict diet and exercise. By the age of 18, he was running a home bakery selling healthy breads and a home gym where he trained policemen and firemen in exercise and weightlifting. LaLanne's reputation as a physical fitness guru eventually led to his 34-year stint as the host of TV's The Jack LaLanne Show (1951). There he taught exercise aimed principally at homemakers, using items found around the home. Even as he exceeded 95 years of age, LaLanne continued to boast a fine physique, and encourage fans with health and fitness tips through videos and writing. LaLanne died of pneumonia at his home in Morro Bay, California, in January 2011, with his wife Elaine, family and friends surrounding him. Mr. LaLanne had been ill prior to his death. 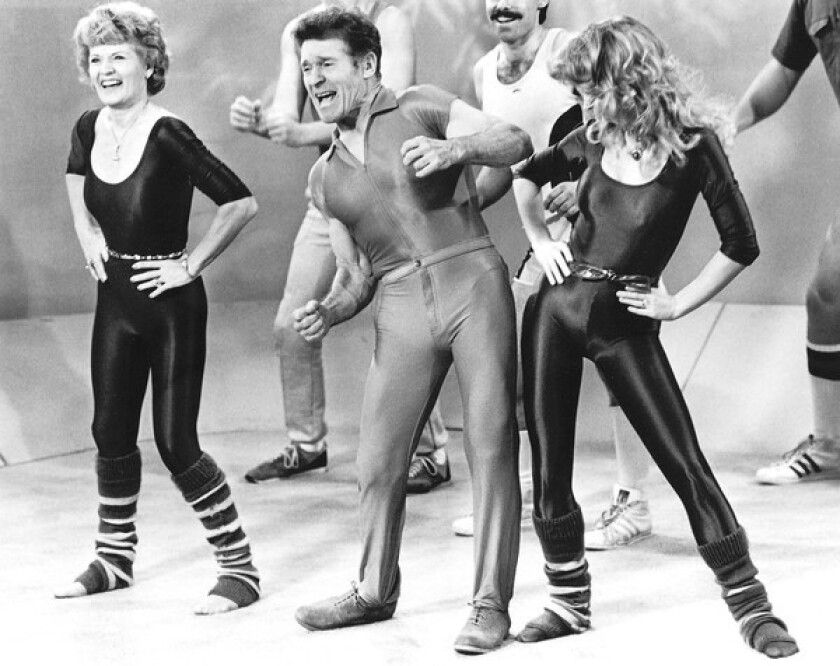 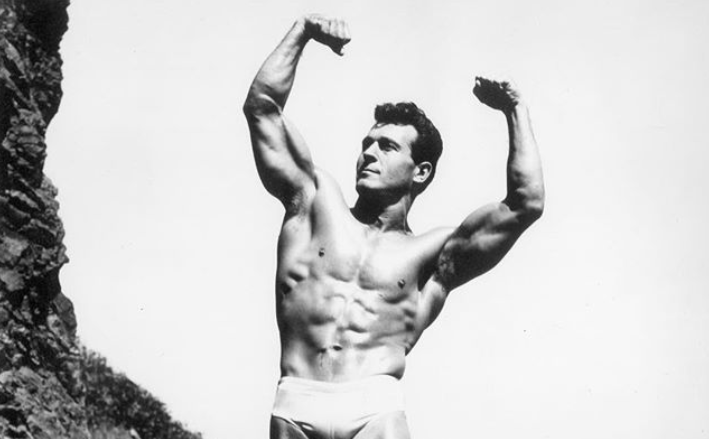 Some of his amazing feats of strength include: at age 41 proving it possible to escape from Alcatraz by swimming to Fisherman's Wharf in San Francisco while wearing handcuffs; at 45, completing a thousand push-ups and a thousand chin-ups in an hour and twenty-two minutes with blisters under his calluses; at sixty, swimming from Alcatraz to Fisherman's Wharf handcuffed, shackled and towing a thousand-pound boat, and at seventy, battling currents while handcuffed and shackled, towing seventy boats holding seventy people for a mile and a half across Long Beach Harbor.
Opened the nation's first health club in 1936. 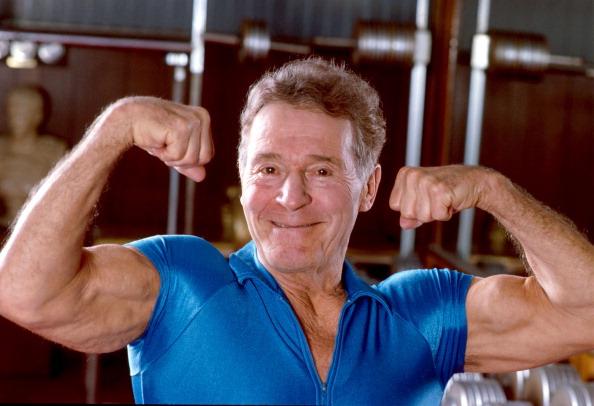 ~LaLanne was named Professional Mr. America in 1955.
~His show, The Jack LaLanne Show (1951) debuted in 1951 and was the first-ever television exercise program. It ran until 1985, in spite of the fact that critics said the show would be off the air in six weeks
~For his 70th birthday, he pulled 70 boats across the Long Beach, California harbor with one person in each of them, swimming while shackled and handcuffed.
~Hasn't had dessert since 1929.
~
He started his own gym in 1936, which included a health food store and a juice bar. 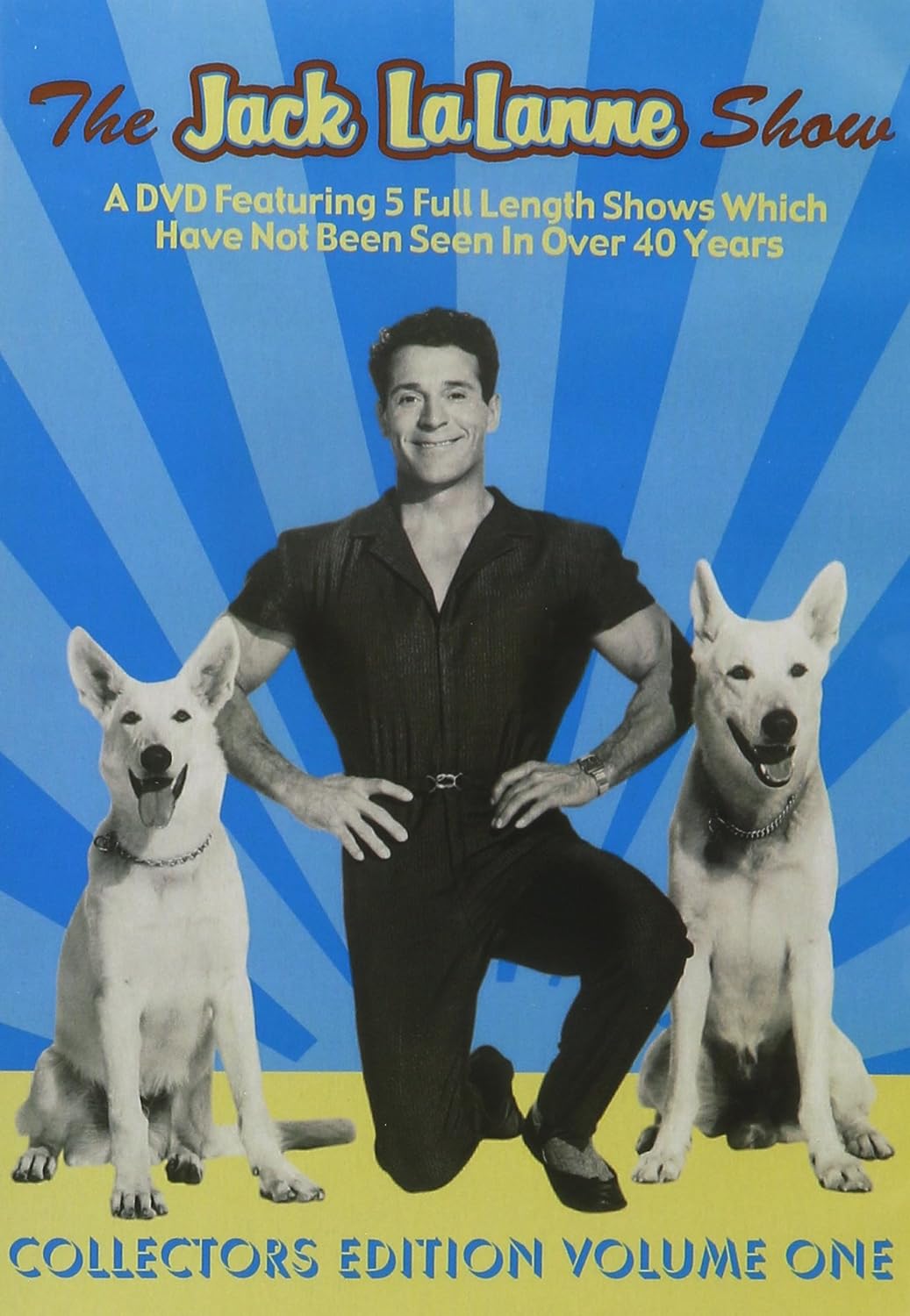 ~I can't die. It would ruin my image.
~Would you get your dog up in the morning and give him a cup of coffee, a cigarette and a doughnut?
~[on his refusal to consume dairy products]: Am I a suckling calf? No other creature uses milk after they wean!
~If man made it, don't eat it.
~Whereas Billy Graham is all about the hereafter, I'm all about the here and now.
Exercise is king and diet is queen; put them together and you've got an empire.
~Living is a pain in the backside, because you have to work at it. Dying, now that's easy.
~You eat every day, you sleep every day, and your body was made to exercise every day.
!You are a slave to your own body. You want to do things, but your body won't let you because your body has you slaved. You are in shackles and bondage... You can actually be reborn again because I was reborn again.
https://www.imdb.com/name/nm0482364/bio?ref_=nm_ov_bio_sm